Ashlyn Krueger became the first player to win the 16s and 18s in consecutive years since Bianca Andreescu at the Orange Bowl on Sunday. Get to know the young talent better… 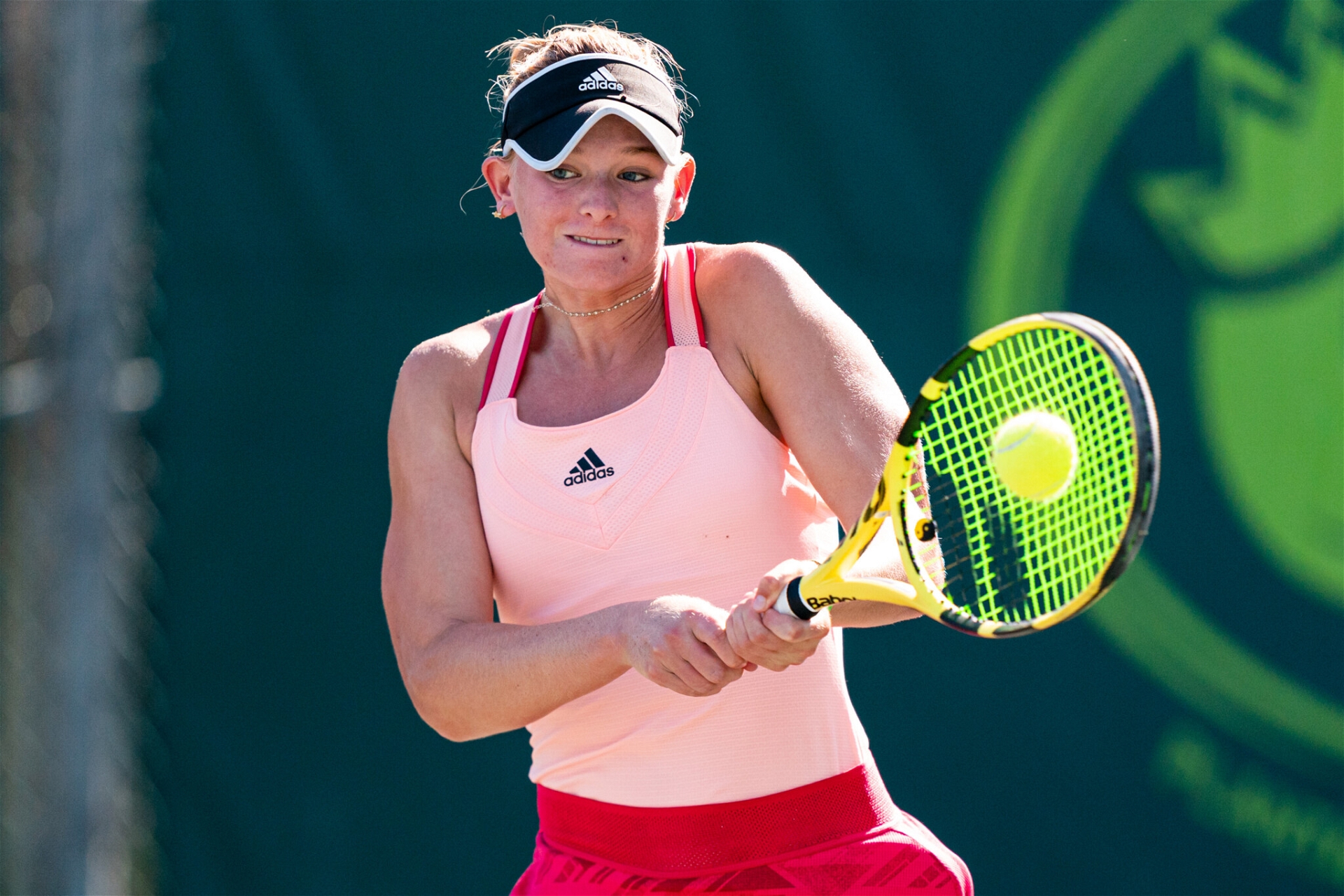 December 03, 2020 – Ashlyn Krueger – USA in action during the Orange Bowl at the Veltri Tennis Center in Plantation, Florida.

At 6’1” tall, American Ashlyn Krueger cuts an imposing figure on the tennis court. Blessed with a booming backhand and the ability to swoop in and take balls out of the air with a menacing swing volley she looks like a player that can make an impact on the professional circuit someday.

On Sunday she achieved a rare double on the green clay at the Orange Bowl in Plantation, Florida. Krueger won the 18s title one year after taking the 16s title. Not since Bianca Andreescu in 2014 and 2015 has a woman achieved the feat.

Andreescu notably went on to win the US Open four years later, but Krueger is keeping her goals a bit more realistic. She just wants to play a junior Grand Slam in 2021.

“I would love to play a junior Slam, that’s been a goal of mine for a really long time – any event, I’m not picky – and just playing more, playing more tournaments.”

Mental toughness a key to her rise

Krueger is tall and explosive, and uses her power to her advantage, but she says the biggest progress she has made in 2020 has been with her mentality.

“I’ve improved a lot, especially in that area, fighting and mentality, staying more positive, because last year I did get way more upset than I did this year,” she said on Sunday after defeating Jana Kolodynska, 6-4 6-4, in the final. “For me it is really about staying positive, because when I get negative I don’t play well.”

Krueger says she fought off nerves and a late push by her opponent, who rallied from 5-1 down to 5-4 in the second set on Sunday – that’s what made the victory most satisfying.

“I was definitely nervous,” she said of the final moments of the match, including the five championship points she needed to secure the trophy. “I had a lot going on in my head, but I just had to refocus and I did that at 5-4. I tried to serve big and then just work on my first ball. But she played good points on those match points. She didn’t quit, she played really well, she’s a tough player, she gave me a ton of stuff I don’t like, slice and stuff, she mixed it up a ton, so I just really had to stay focused and play my game, not let that get into my head.

Movement is also a plus

Krueger says she enjoys watching Maria Sharapova and Amanda Anisimova because they are both tall players who move around the court very well. She cites her improved movement this year as another reason for her success and a key reason that she is able to thrive on the clay.

Put it in the books – Ashlyn Krueger and Arthur Fils are 2020 @OrangeBwlTennis champions! Here's how they did it 👇https://t.co/GDlF1GfS4q

“My movement’s a lot better too, I’ve worked on that, especially on the clay, I’ve gotten better moving up to balls,” she said. “Moving up to balls, just the little things, technical, physical, I’ve improved a lot.”

Clijsters is a favorite

Calling Belgium’s Kim Clijsters: there’s an open invitation from a potential young hitting partner. Krueger says she’s a huge fan of the Hall of Fame Belgian and mentioned her name first when we asked her who her favorite players were. Here is her full response:

“I’ve always loved Kim Clijsters. I love watching her play so much,” she said. “I like Maria Sharapova, she’s fun to watch and she’s my height, and the way she moves, I can get a reference with that. I like watching Andreescu play, and Amanda Anisimova, because she’s my height, and she’s American too. Seeing those people is cool, and I take from them, their games.”

The American has never had a chance to hit with any of those four players, but she’s hoping she will have the opportunity.