After playing with a heavily strapped leg at the Australian Open, Ash Barty discussed the issue. 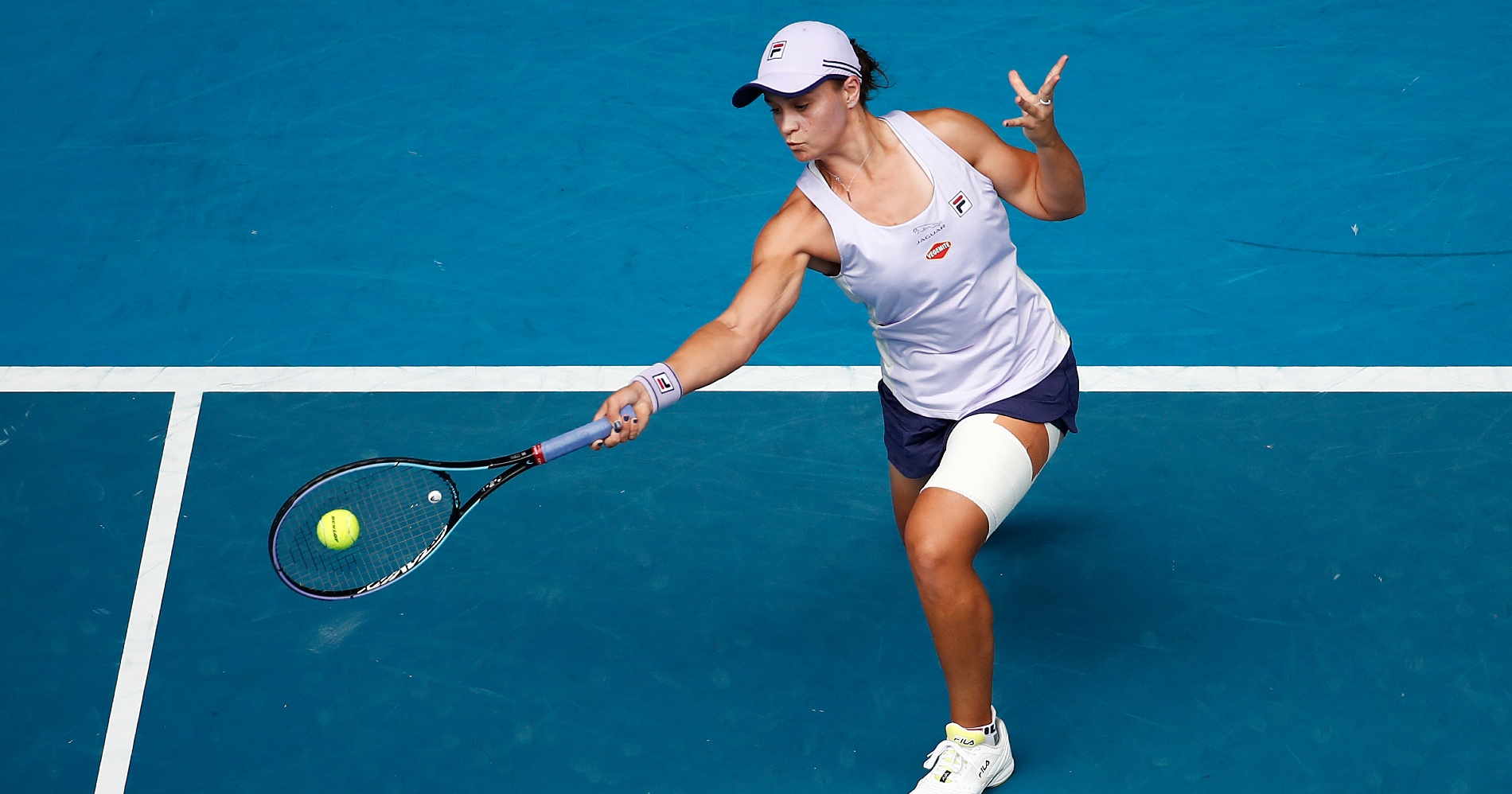 World No 1 Ash Barty insists that her leg issue is not impacting her at all after reaching the third round on Day 4 of the Australian Open.

The top seed overcame Australian compatriot Daria Gavrilova 6-1 7-6 (7) on a warm and windy Rod Laver Arena on Thursday, but Barty’s left thigh was heavily strapped and she gave up a 5-2 lead in the second set before saving two set points in the tiebreak.

However, the 2019 French Open champion and top seed in Melbourne played down the severity of the issue.

“The bandage is very big, but that’s more just support so that the tape itself doesn’t fall off. It’s not a very subtle tape job, you often see it on a lot of the girls,” Barty told a news conference. “The guys can hide it beneath their shorts a little bit better. Just a little bit of support. I played a lot of matches in the last 10 days after not playing for 12 months, which is natural.  It’s more of an assistance than anything else.”

Barty added: “It came on early Tuesday, warming up for the match. But, yeah, obviously it’s not affecting the way that I can play in any way. It’s just more giving the leg some assistance to make sure it doesn’t get to a point where it’s going to affect me.”

Barty will face Ekaterina Alexandrova in the third round.