Barty and Azarenka to meet in Miami showdown, Sabalenka advances

Ashleigh Barty and Victoria Azarenka both advanced at the Miami Open on Saturday, but Simona Halep succumbed to injury. Barty and Azarenka will go head-to-head on Monday. 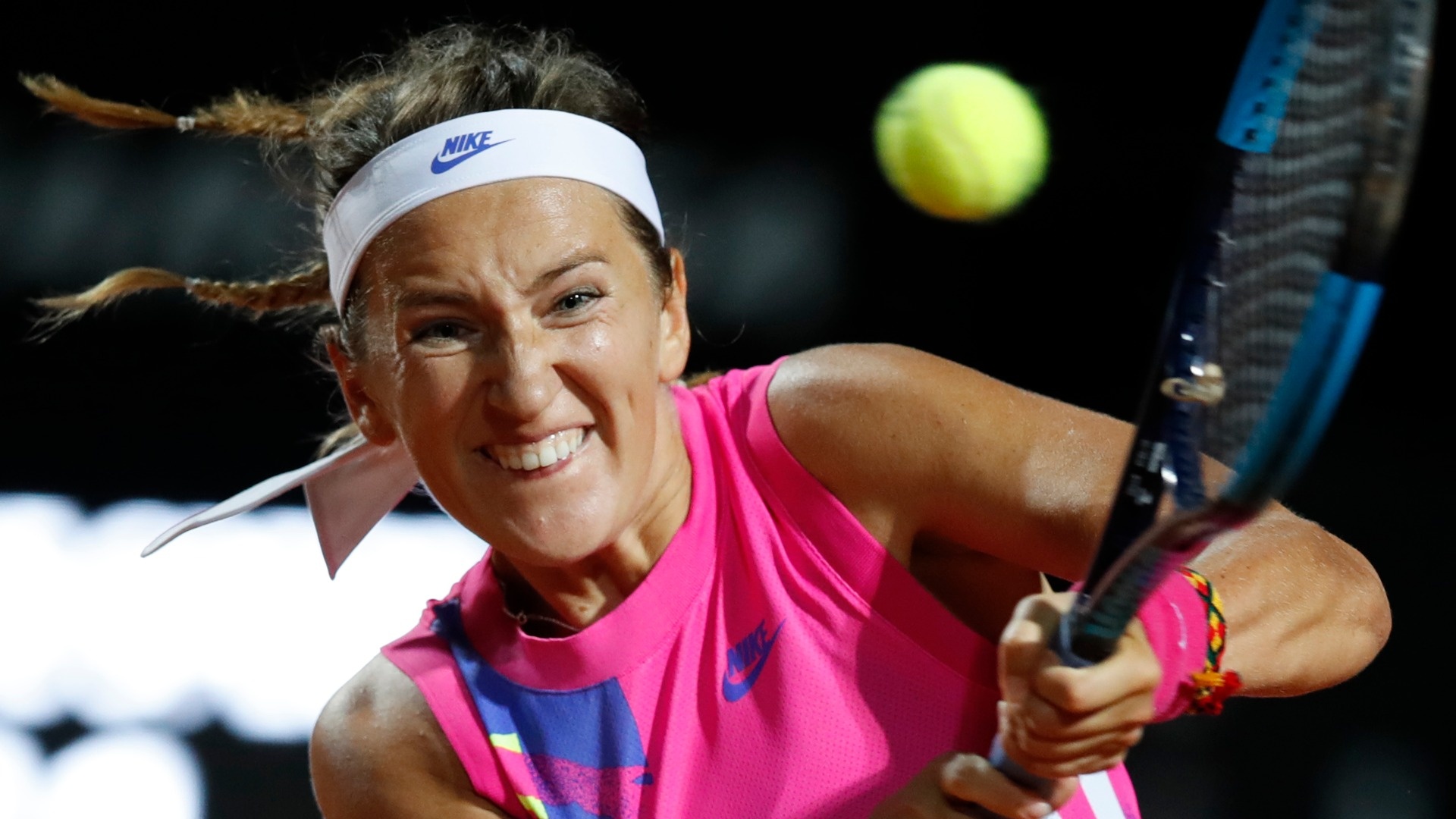 World No 1 Ashleigh Barty moved through to the last 16 of the Miami Open, while Simona Halep‘s campaign came to a premature end because of a shoulder injury. Defending champion and top seed Barty was too good for Jelena Ostapenko in Saturday’s showdown between the former French Open winners.

Two-time grand slam winner Victoria Azarenka also moved through to the fourth round of the WTA Premier tournament.

Clash of past and present No 1s

Barty and former world No 1 Azarenka will go head-to-head for a place in the quarter-finals.

The Australian star accounted for Ostapenko 6-3 6-2 as she extended her winning streak at the Miami Open to eight matches. Barty, who tallied nine winners to 14 unforced errors, rallied from 2-0 down in the second set by reeling off six successive games to advance.

“Today felt like I was a lot sharper and switched on and ready to go from the very first point,” Barty said afterwards.

Azarenka – the 14th seed – fought back from a 4-1 deficit in the opening set to get the better of the three-time major winner.

“She’s a very talented player,” Azarenka said of Barty. “I always have been a huge fan of her game and the way she plays, the way she handles herself. She has a lot of variety. She has pretty much every single shot there is. [It’s] going to be a great match.”

The three-time champ is through to Round 4, where she will face top seed Barty! pic.twitter.com/37MXDt7n67

Two-time Grand Slam champion Halep withdrew due to a shoulder injury as Anastasija Sevastova benefited from a walkover.

“I’m very sorry to I have to pull out of the singles and doubles at the Miami Open, but my injury doesn’t let me play here as expected,” said Halep. “I’m sad that I can’t continue, I wanted to come here to give my best and play many matches but unfortunately I can’t. Hopefully next year I will come back healthy and better.”

@anakonjuh defeats Swiatek to make it back-to-back Top 20 wins and reach Round 4 in Miami!#MiamiOpen pic.twitter.com/QqQ8NF2zML

Next up for Sevastova is wildcard Ana Konjuh, who stunned 15th seed and reigning French Open champion Iga Swiatek 6-4, 2-6, 6-2.

Svitolina and Sabalenka roll on

Ukrainian fifth seed Elina Svitolina booked her spot in the round of 16 after overcoming fellow seed Ekaterina Alexandrova 7-6(1), 6-4.

Two-time Wimbledon winner Petra Kvitova stands in the way of a quarter-final berth; the ninth seed was too good for 17th seed Johanna Konta 6-1 6-2.

A hard-fought 3 set battle, sealed with an ace.