Ashleigh Barty cruises past Victoria Azarenka in straight sets on Thursday in Cincinnati. Barty joins Angelique Kerber in the quarter-finals of the 1000-point tournament. 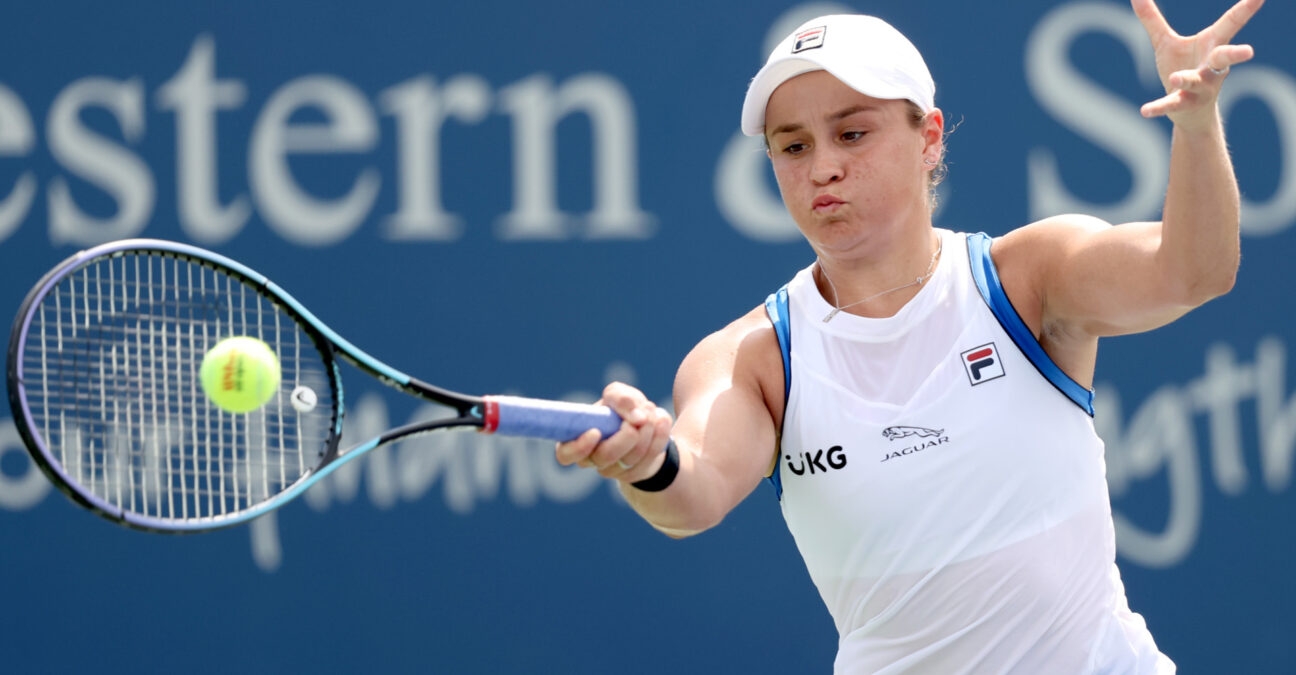 Ashleigh Barty crushed Victoria Azarenka 6-0, 6-2 in the third round of the Western & Southern Open on Thursday afternoon. Barty needed only one hour and 25 minutes to book her spot in the quarter-finals.

The only blemish in Barty’s statistics that was that she won just six of 20 points when she had to toss in a second serve. However, the top-seeded Aussie more than made up for it in other areas. She won 87 percent of her first-serve points and saved all three of the break points she faced to consolidate her big lead from start to finish. Barty won more than half of the points even when Azarenka made her first serve and converted five of nine break chances.

“Sometimes a scoreline in tennis can fool you,” Barty cautioned. “Even though it was quite a convincing scoreline, for most part of that match there were crucial points within each and every game. I felt like I was able to win a lot of those big points today.”

In a much more entertaining affair, Angelique Kerber advanced to the last eight when she outlasted Jelena Ostapenko 4-6, 6-2, 7-5 in one hour and 56 minutes.

Kerber trailed 3-0 and 4-2 in the third but took four of the next five games to complete her comeback. After failing to serve out the match at 5-4, the German made no mistake on her next opportunity. She clinched victory with a love hold to set up a Friday encounter with Petra Kvitova, who routed Ons Jabeur 6-1, 6-2.

“Winning Bad Homburg (and) then playing amazing in Wimbledon — that gives me a lot of confidence,” Kerber said of how she has turned her season around following a slow start. “I just try [to take] the flow with me and enjoy my tennis and try to improve myself, as well, on and off court. Playing again in front of fans means for me always a lot, because I need the energy for my game.”

Barty, meanwhile, will go up against Barbora Krejcikova. The Czech, who triumphed at the French Open this spring, beat Garbine Muguruza 6-1, 6-7(5), 6-2.