Battle of the Sexes: When Bobby Riggs crushed Margaret Court in a Mother’s Day Massacre

Margaret Court had won 22 of her 24 grand slam titles when she took on Bobby Riggs in the Californian desert, 47 years ago this week. 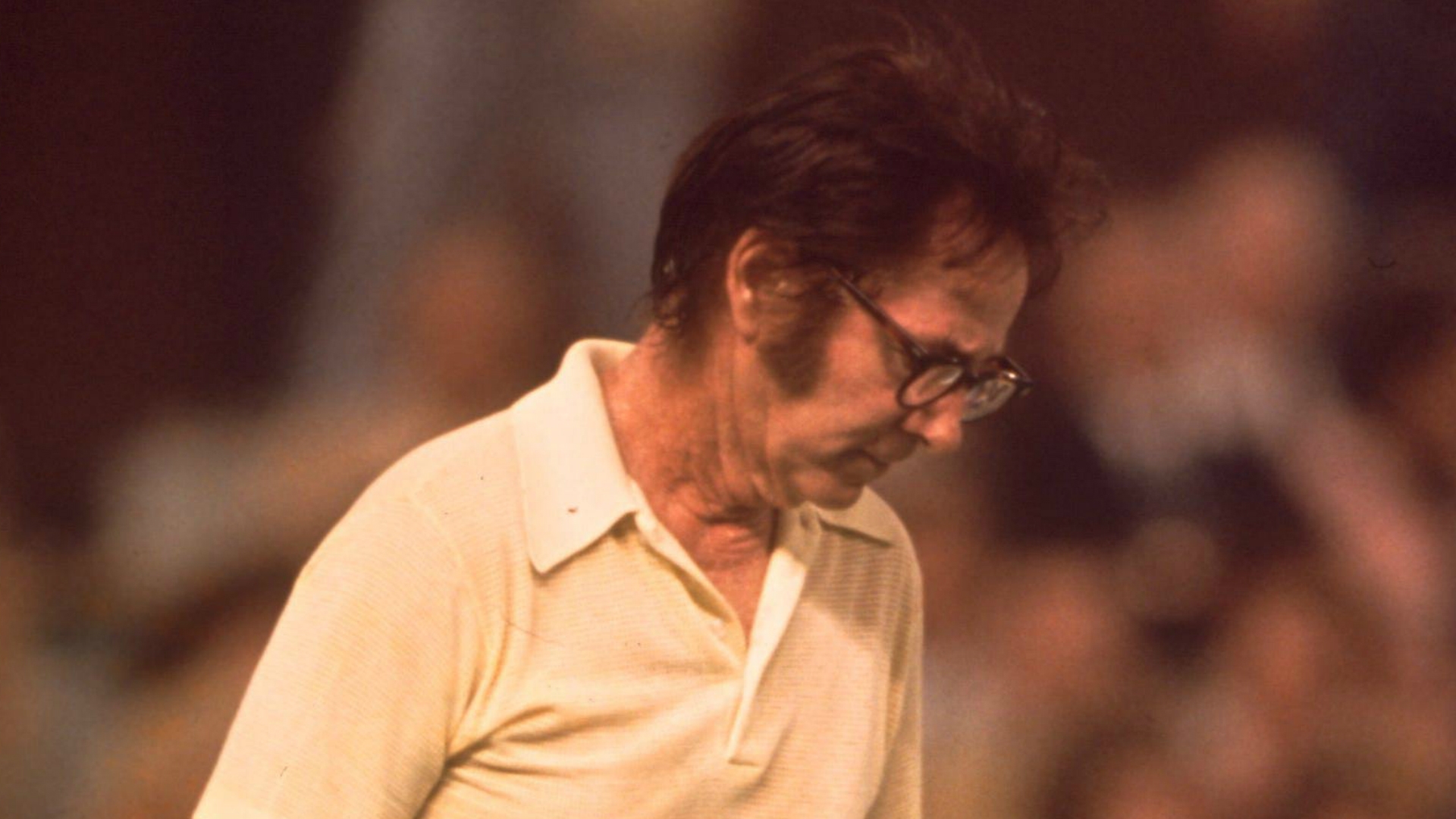 Could John McEnroe beat Serena Williams, if they played tomorrow?

It’s an equivalent question that was asked in 1973, when Bobby Riggs went head to head with Margaret Court.

And just as a global television audience would be sure to tune in for any McEnroe-Williams clash, so the Battle of the Sexes that took place 47 years ago this week captured the world’s imagination.

On May 13, 1973 – 47 years ago this week – it came down to the crapshoot of predicting whether 55-year-old Riggs, the long-retired 1939 Wimbledon champion and twice US Open winner, could match up to 30-year-old Court, by then already a 22-time grand slam winner.

It became known as the Mother’s Day Massacre.

Who was Bobby Riggs, and what did he have to gain?

Riggs was a 55-year-old American who in his day had rivalled the likes of Jack Kramer and Fred Perry. Known otherwise for his gambling and hustling, the flamboyant Riggs was presumed long finished as a serious tennis player before he challenged Billie Jean King, who refused to play him, and then Court to a winner-takes-all match.

Australian Court accepted, prompting King to say, according to a Sports Illustrated report at the time: “If Margaret loses, we’re in trouble. I’ll have to challenge him myself.”

Both players are said to have pocketed healthy appearance fees, with $10,000 at stake in the contest itself.

Where did Court vs Riggs happen?

The drama unfolded on a green hard court, surrounded by four temporary stands housing 3,000 spectators paying $10 a head, including stars of the day, with the American football star OJ Simpson and the actor Bill Cosby among those drawn to the desert.

“I kinda think that if you’re competing seriously all the time, Margaret Court will have an edge,” Simpson told a US TV crew.

How did Riggs approach his greatest hustle?

Determinedly boorish, Riggs, who wore black thick-rimmed glasses, was focused on ensuring this match was about the hustle as much as the tennis.

His objective was to knock Court out of her stride before they began, and contemporary reports speculated that inveterate gambler Riggs had rather more riding on the outcome than the relatively modest prize money.

He played up his image as an enemy to womankind, and many Americans were revolted, with Riggs crowing: “I am the greatest money player in history.”

There was the date, Mother’s Day, that brought added intrigue. A day to celebrate mothers, and womankind, was in danger of being hijacked. Court was a new mother herself.

Crucially, Riggs had trained hard, knocking several vices on the head, or at least limiting them, and achieving prim shape, certainly for a man in his mid-fifties.

Court dressed for the occasion, in a patriotic yellow and green pastel kit, ‘Margaret’ stitched onto the collar. The New York Times reported it was the first time she had not worn white.

She had plenty of support, too. ‘Women’s libbers’, as they were popularly known at the time, were out in force to back Court.

But Riggs was not to be outdone, and the showman walked down onto the court from a stairway in the stands decked out in a tracksuit as blue as the sky, carrying a bouquet of roses, that he presented nonchalantly to Court, who instinctively curtsied.

We were fierce competitors on the court in the Battle of the Sexes, but off the court, he was my friend.

What a Bobby dazzler!

A match that the bookmakers could not call was to prove utterly one-sided, indeed hugely anti-climactic.

Once the drama of the build-up was done, Riggs pegged back serve-volleyer Court and tore to a 6-2 6-1 victory.

Hardly what the CBS television audience, and those watching back in Australia, had expected.

Court’s performance was unusually listless, and she said afterwards the gentle nature of Riggs’ game, which he had mixed up to compelling effect, had caught her out.

As an excuse, it was bunk really. Riggs the show pony had completely outfoxed her, steering her to distraction.

“My concentration was bad today,” Court told reporters, “and I’ve been concentrating really well in the last six months or so. I saw everything going on around the court today which was very unusual for me.”

Riggs rejoices, and “proves a point”

Court had stressed before the match she was not interested in the ‘Battle of the Sexes’ element of the contest and was not carrying any banner, but Riggs was all over that aspect.

“I think it proves a point,” he said afterwards.

“Fifty-five-year-old, one foot in the grave, night and day difference. And she’s the best woman player of all time.

“Sixty million people watching. Biggest match of all time. Battle of the Sexes. And we’ve all had plenty of time to get ready for it. And you saw what happened, I don’t have to explain it to you.

“I think it was the tension, the pressure, the biggest match ever played. The 60 million audience on television. All the press, the way the thing has been built up over the last six months

“She arrived here with the whole pressure of the women’s world on her.”

Bobby Riggs had approached me several times to play him prior to 1973, but I had not taken the bait. When Margaret Court accepted his invitation to play, I told her, ‘You know you have to win, right?’ Once she lost the match, I knew I would have to play him.

After seeing off Court, Riggs could name his price for a follow-up match, providing he could find a worthy opponent.

Hosted at the Houston Astrodome, King sauntered to a 6-4 6-3 6-3 victory to land the cash, strike a crucial blow for women in sport, and surely give Court more than a little pause for thought.