Belinda Bencic stormed back from a set down to take out Angelique Kerber and clinch a Day 2 victory for Team Swiss over Germany at Billie Jean King Cup. 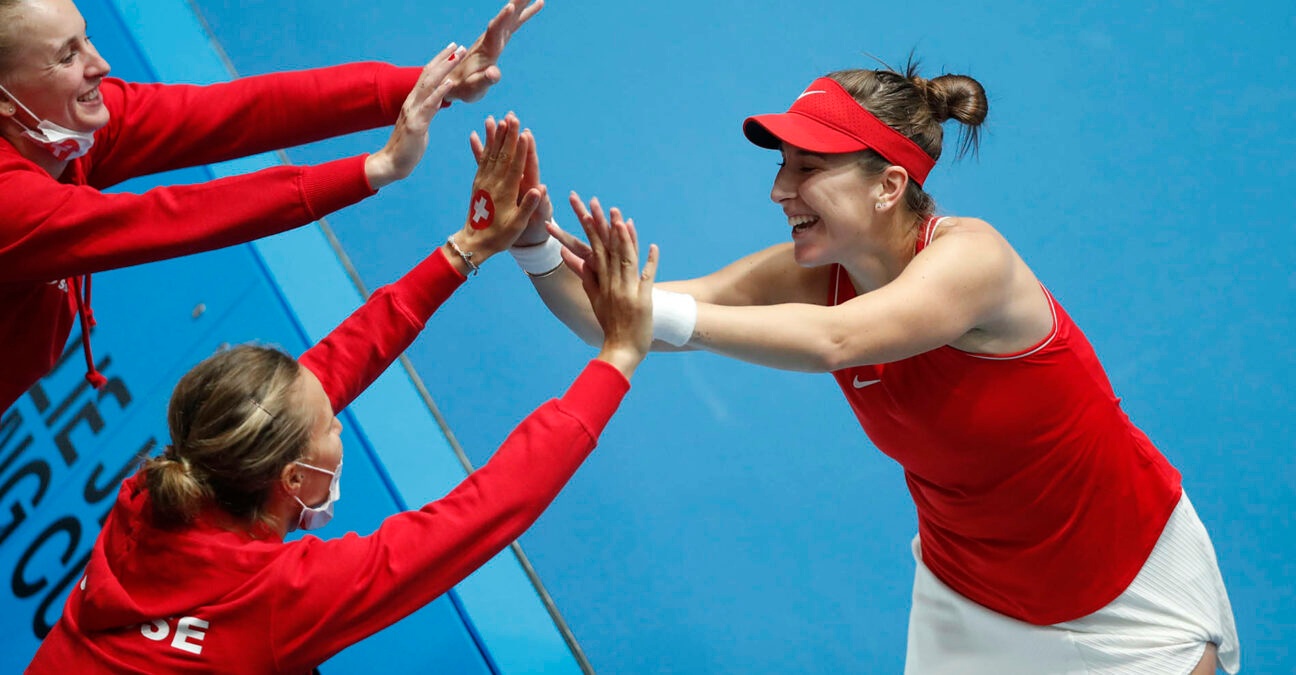 Belinda Bencic has had an incredible season playing for her country and she’s not ready to let the fun stop now. This year’s Olympic gold medallist in singles and silver medallist in doubles continued her winning ways on Tuesday in Prague as she rallied for a 5-7, 6-2, 6-2 victory over three-time Grand Slam champion Angelique Kerber at the Billie Jean King Cup.

It was a tie-clinching win for Bencic, after Viktorija Golubic had put the Swiss ahead by defeating Andrea Petkovic, 6-4, 7-5. Golubic and Jil Teichmann then finished the sweep with a 6-1, 6-2 takedown of Anna-Lena Friedsam and Nastasja Schunk.

Switzerland currently sits in first place in Group D standings but still has work to do in order to reach the semi-finals at Billie Jean King Cup. They will face Host Czech Republic tomorrow with the winner qualifying for the last four.

Storm Sanders topped world No 18 Elise Mertens and Daria Gavrilova topped Greet Minnen to send Team Australia past Belgium in Group B action on Tuesday. Gavrilova was playing her first competitive match since undergoing achilles tendon surgery this winter. She is currently ranked 412. Sanders, ranked 131, had never defeated a top 20 player before today.

Australia can reach the semi-finals with a win over Belarus on Wednesday in Prague.

Canada was high on emotion after stunning defending champion France on Monday, but Tuesday told a different story in Prague as the Canadians were whitewashed by a strong Russian team led by Daria Kasatkina and Anastasia Pavlyuchenkova.

Russia will qualify for the semis unless France can defeat them 3-0 on Wednesday.

Viktoria Kuzmova was the hero on Tuesday for the 2002 champions. She defeated world No 40 Shelby Rogers and then teamed with Tereza Mihalikova to clinch the tie with a victory over Coco Vandeweghe and Caroline Dolehide in the deciding doubles tilt.