Tatjana Maria defeated Laura Pigossi in a battle of qualifiers to claim the Bogota title, her first since 2018. 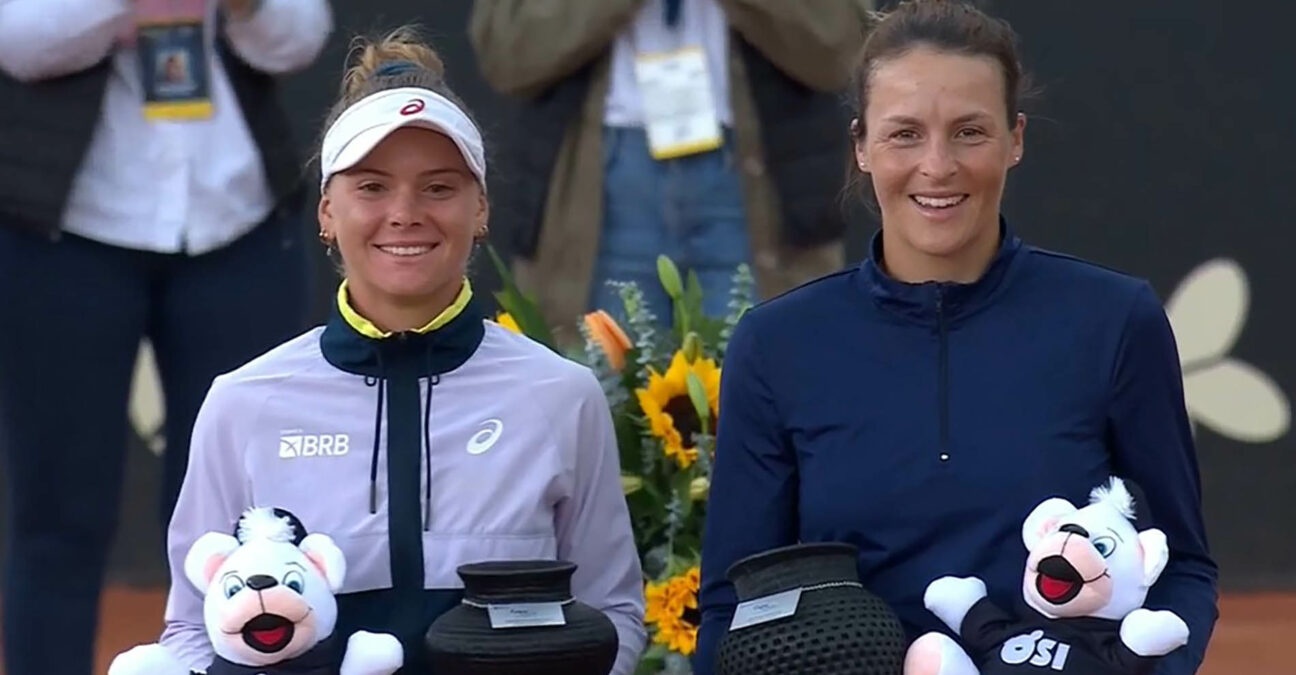 Tatjana Maria became the first player ranked outside the top-200 to claim a WTA title since 2019 – and the first mother of two to win a title this century – on Sunday at the Copa Colsanitas in Bogota, Colombia. The 34-year-old German, ranked 237, edged fellow qualifier Laura Pigossi, 6-3, 4-6, 6-2, for her second WTA title and first since 2018.

Maria served extremely well in the final. She won 42 of 54 first-serve points and saved three of five break points. She fought off both break points she faced in the final set, as Pigossi struggled to maintain her energy. The German won six of the final seven games, concluding the final with 19 winners and 13 unforced errors, against 21 winners and 30 unforced for Pigossi.

A special moment for the family

An emotional Maria was in tears as she accepted her trophy in Bogota. She gave birth to her second daughter, Cecilia, in April of 2021, and returned to action following maternity leave last August. Per the WTA, she is the first woman in the 21st century to win a title as a mother of two. The former world No 46 will rise 123 spots as a result of her title, from 237 to 114 in the world.

Maria, her husband and coach Charles, and their two children (Charlotte, born in 2013, and Cecilia) were on hand to enjoy the spectacular moment with her.

It was a magnificent week for Brazil’s Pigossi as well. The Olympic Bronze medallist in doubles last year jumps 86 spots from 212 to a career-high of 126 in the rankings.

She had faced a match point in her first qualifying match at Bogota, but came through past Daniela Vismane, 4-6, 7-5, 6-1. Pigossi also saved three match points against Dayana Yastremska in the quarterfinals on Friday, winning 6-2, 4-6, 7-6(3).