Bouchard back with a win before storm halts Prague proceedings

Ahead of Simona Halep’s return to action on Tuesday, the Prague Open was hit by adverse weather conditions at the start of the week. 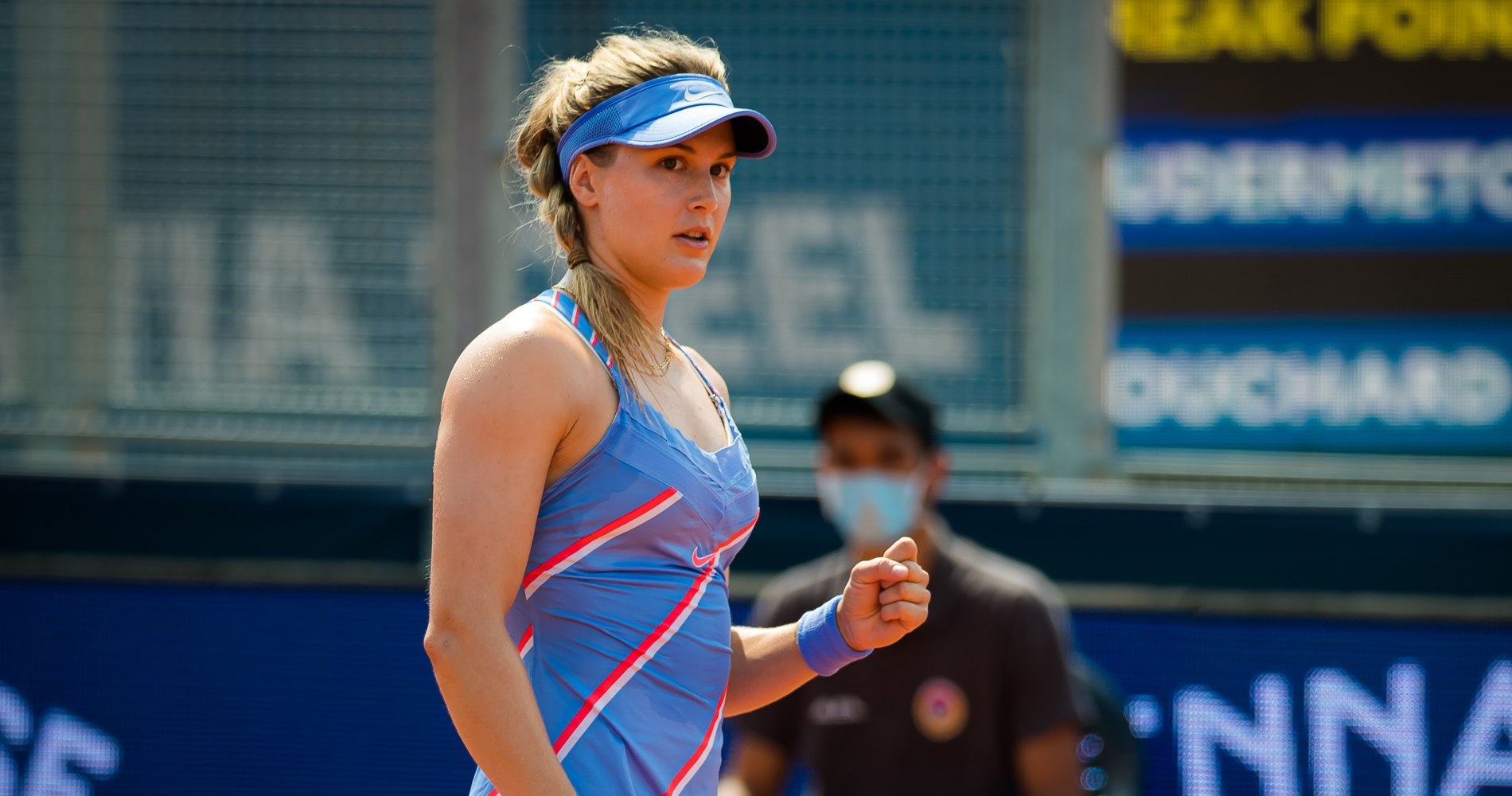 Eugenie Bouchard secured an upset in the only main-draw match that could be completed on day one of the Prague Open.

Former Wimbledon finalist Bouchard was playing for the first time since the WTA Tour was shut down amid the coronavirus pandemic, but the weather prevented a number of her contemporaries from taking to the court.

The wildcard Canadian – now ranked 330th – was a 6-0 6-3 victor over eighth seed Veronika Kudermetova. The triumph marks Bouchard’s best win by ranking since October of 2018, when she defeated then No 24-ranked Carla Suarez Navarro at Luxembourg.

First round victory for @geniebouchard 👏

Reflecting on her return to action, Bouchard said: “It’s hard to know what to expect. I haven’t played a real match since January. I’ve played a couple of exhibitions, which helped a lot, but it’s still different, it’s not a real tournament. I didn’t set any expectations.”

Bouchard has had difficulties wrapping up victories at the WTA level over the last three seasons, but did manage two wins and a trip to the quarter-finals at the ASB Classic at Auckland to start her 2020 campaign in January.

“I’m so grateful to have a job and to have this opportunity,” she said. “You appreciate things more when they’re taken away from you. I didn’t know what to expect in terms of my level. I played better than I expected. I just wanted to be there mentally, no matter what.”

Kristyna Pliskova had already played at last week’s Palermo Open but was frustrated in her efforts to get past 15-year-old WTA debutant Linda Fruhvirtova on Monday.

The match was twice stopped due to a thunderstorm, with the second heavy downpour leading to the suspension of play for the day.

Matches have been called for the day @tennispragueopn due to rain. Back at it on Tuesday.

That meant no action for third seed Elise Mertens and Jasmine Paolini, who each lost to Aliaksandra Sasnovich in Italy.

Meanwhile, Dayana Yastremska and Daria Kasatkina withdrew from the tournament due to dental and hamstring issues respectively.

Simona Halep is set to make her WTA comeback on Tuesday.

She told WTA Insider: “Honestly, I don’t really know how to manage now the comeback. … I feel like I have the experience to deal with it and, if I take it relaxed and give my best every match, I’m pretty sure that soon I will touch the level again.”

Halep will face Slovenia’s Polona Hercog in first-round action on Tuesday in Prague.

“But I’m also sure I will struggle a little bit because my style and my type of personality is to keep playing matches and always I needed matches to find the rhythm. Now it’s different. So I cannot complain but I also cannot be happy. It’s in the middle.”