Coco Gauff made her 2021 clay debut look easy as she sailed past Bulgaria’s Tsvetana Pironkova to reach the second round at the Volvo Car Open. 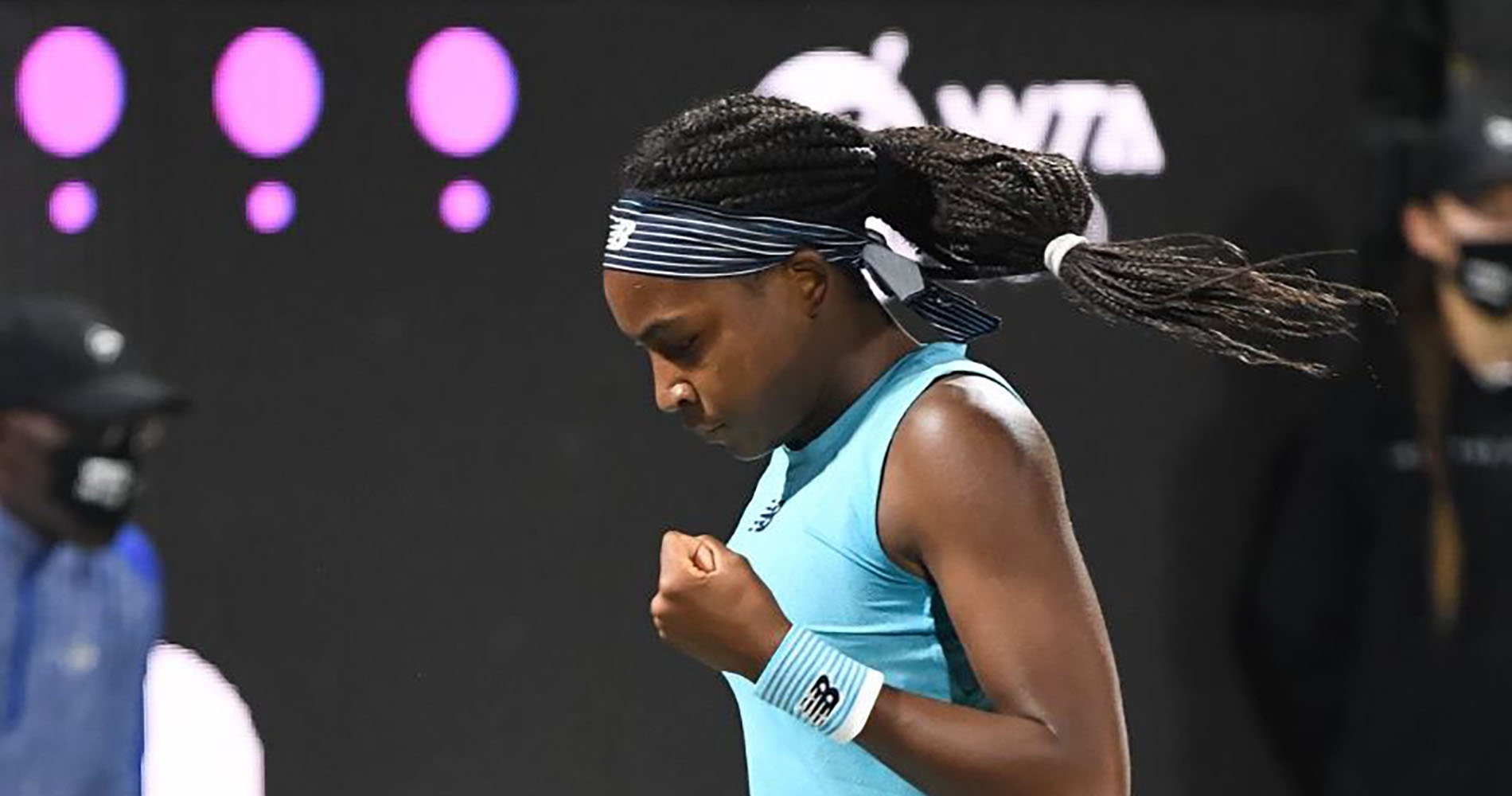 At 17 years of age, Coco Gauff is typically the youngest player in any draw she enters, but don’t let the age fool you: Gauff is no rookie. Ranked 36 in this week’s WTA rankings and having 50 career WTA-level matches under her belt after Tuesday’s victory over Tsvetana Pironkova, the American has already amassed quite a bit of experience on tour.

Today against the 32-year-old Bulgarian Gauff handled the challenge with ease, racing out to claim the first four games of the opening set, then rebounding after dropping three straight by winning the final eight games of the contest to close out an authoritative 6-3, 6-0 victory. Gauff’s tenth win of the 2021 season (10-6) sets a second-round clash with Russia’s Liudmila Samsonova, the world No 110.

The 14th seed @CocoGauff kicks off her campaign with an emphatic win over Pironkova 6-3 6-0 to secure a spot in the second round…#VolvoCarOpen pic.twitter.com/baoitSYttl

“It definitely means a lot, especially today I played pretty well, and when it got close in the first set I was able to control the points and find my calmness and pull through,” she said.

Early struggles on serve not a problem

Gauff only had one rough patch during the match, when she let Pironkova back into the match from 4-0 to 4-3 in the first set. But the American was able to save three break points to hold for 5-3. She never looked back.

Afterwards she was asked about her serving difficulties, particularly in the opening set when she hit six double-faults and won just six of 16 second-serve points.

“My serve is constantly evolving,” she said. “Even though I had a little bit more double faults than I would have liked, I feel like those are the misses that I want and it will help me in the next couple of matches – I feel like the first match is always the toughest.”

Comfortable on the clay despite the lack of experience

Despite having played just five career matches on clay, Gauff knows her way around the clay and has the potential to be an exceptional clay-courter. She is a former Roland-Garros Girls Singles champion and the Florida native has grown up playing on the green clay. It shows in her movement and in her tactics.

“I definitely like sliding, for me I’m a pretty good mover on hard court so I think it translates on clay, especially the sliding,” Gauff said. “I feel like I move a little bit quicker on clay because you don’t have the hard stops and your able to elongate your steps, if that make sense. And, for clay, it gives me a little bit more time to prepare my shots, and I don’t feel as rushed on the clay.”

Gauff says she was initially worried about the quick transition from hard courts to clay this week, but is relieved about how she feels after a round in Charleston.

“I feel like I transitioned a little better this year,” she said. “I was worried how I was going to go from hard to green clay in such a short amount of time. I only practiced twice at home, actually three times on clay before my match today, if you don’t count this morning’s warmup, so I was a little bit worried about how I was going to move. I’m glad that it’s green clay first and not red, I feel like if I would go straight to red it would be a little bit harder since I am more familiar with the green clay and I kind of play on it almost year-round. I’m used to this surface and I definitely feel like this is going to help me in the red clay season, just having a stop here in Charleston.”

Gauff told reporters that she was concerned about facing Pironkova and her eclectic game, which is loaded with variety, including a renowned forehand squash shot and a healthy diet of drop shots and loopy spin. But the American says she gained confidence from playing so well against the 113-ranked Bulgarian on Tuesday night.

“Coming into today I was a bit nervous,” she said. “She has a game that you don’t really know what to expect. Sometimes she can throw in some winners and sometimes she can throw in some drop shots. I focused on myself and focused on hitting the ball deep and high over the net and I think that’s what I need to focus on for the rest of the clay season, and playing opponents like her is never easy, but I’m glad that I was able to keep my focus because opponents like her are the ones that I tend to struggle with so today definitely built my confidence up.”