Coco Gauff rallied from a set down to win her third consecutive three-setter at Adelaide, defeating Shelby Rogers in a back-and-forth tussle. 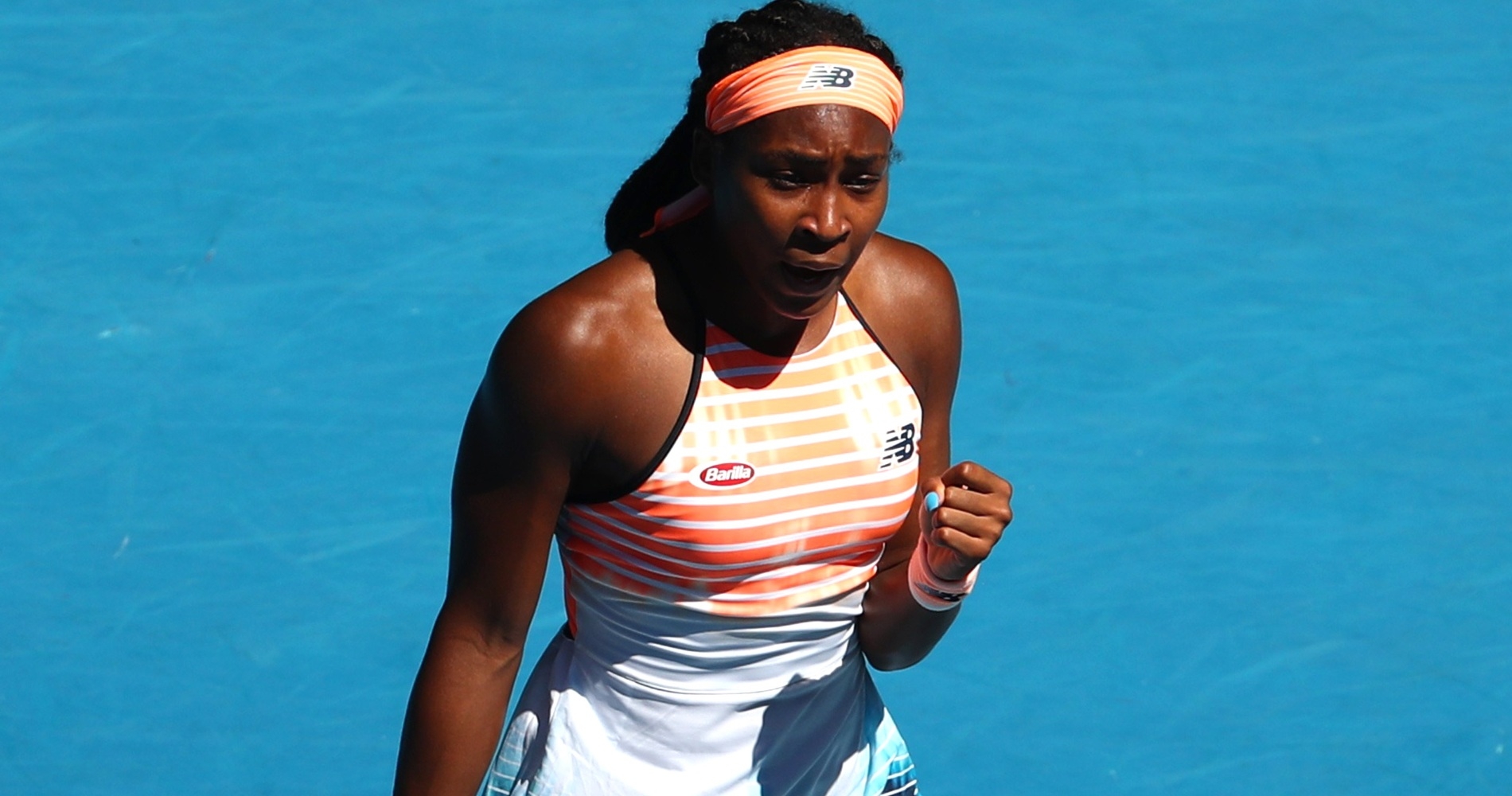 Coco Gauff is the queen of three-setters at the Adelaide International.

Qualifier @CocoGauff comes through her fourth three-set match at #AdelaideTennis with a comeback victory vs. Rogers, 2-6, 6-4, 6-4.

Goes into a third career WTA semifinal on Friday 🔜 pic.twitter.com/KwK0dK4P0c

The end result would have been hard to imagine by anybody who watched Rogers race out to a 6-2, 4-2 lead behind breathtaking power and an assertive ground game that had Gauff on the back foot and desperately searching for her range.

But the 16-year-old has proven to be a resilient player at Adelaide this week and she continued that trend by rallying to take the final four games of the middle set before wrestling away a tight decider from Rogers, one in which she also reeled off the final four games.

“Honestly I just kept playing,” Gauff said on court after the match. “As long as there’s another point to play you have a chance to win, so I just kept putting the ball in the court.”

That description is a vast understatement of what really happened. Gauff was lost on court for the first set and a half but she demonstrated a remarkable ability to adjust to her opponent’s powerful game in her first career meeting with Rogers. Suddenly Gauff began to make returns with depth and pace and constantly worked her way into Rogers’ service games. Rogers had controlled the tone of the rallies in the early going, but Gauff gradually found her range on both wings and proceeded to impose herself on the American in sets two and three.

And her scrambling ability? Hard to get much better than this:

Gauff didn’t relent in a tight third set, even when Rogers reeled off eight straight points to lead by a break, then consolidated for a 4-2 lead.

“Really it’s just who can stay out there mentally strong,” Gauff said. “We’re all good players and we all have a lot of experience on tour.”

That last statement by Gauff is debatable – the American has 43 tour-level matches to her name and was playing in her third WTA quarter-final – but her poise under pressure in this match was clearly one of the biggest reasons she was able to prevail.

Gauff battled from 0-30 down at 2-4 in the third set and didn’t look back from there. After holding she broke for 4-4, held again for 5-4, and clinched the victory moments later when Rogers tossed in her fourth double-fault of the evening on Gauff’s first match point.

Gauff improves to 3-0 in WTA quarter-finals with her victory and she will next face Belinda Bencic for a spot in the final. The teenager finished the evening with 22 winners against 29 unforced errors, five aces and six of 11 break points converted. But the stats do little to tell the story of Gauff’s victory.

Read between the lines and take note of a 16-year-old who is learning to excel under pressure on tour way ahead of her time.