France’s Fiona Ferro celebrated the WTA’s resumption in Palermo in style by taking home her second career title with a straight sets victory over Anett Kontaveit in the final. 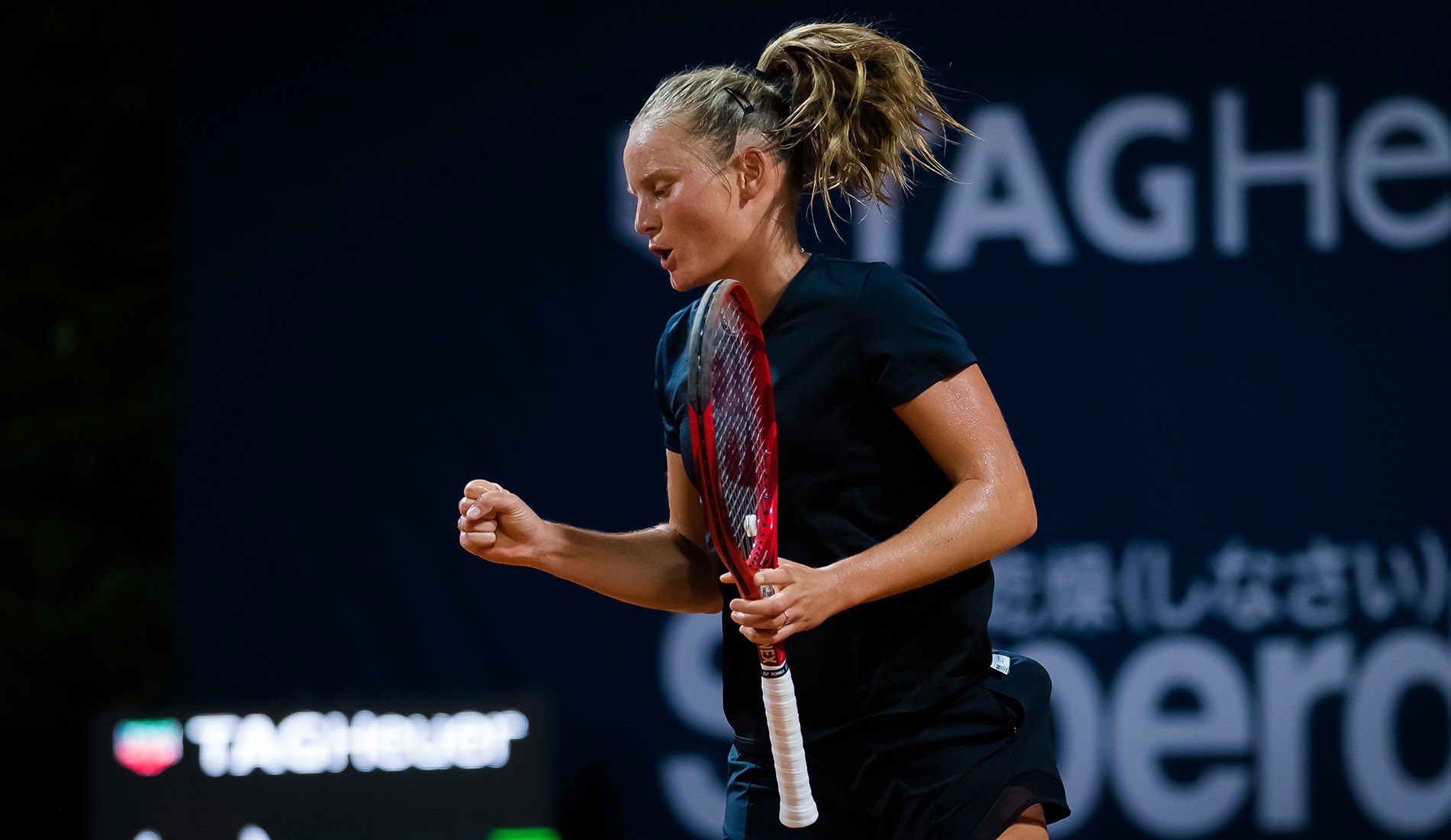 Fiona Ferro of France in action

In the first week of WTA tennis since the coronavirus put the kibosh on the 2020 season indefinitely, France’s Fiona Ferro has emerged with her second career title.

The world No 53 toppled Estonia’s Anett Kontaveit 6-2 7-5 at the Ladies Palermo Open to take the title and lock down a top 50 debut for the first time in her career. The 23-year-old will rank 44 in Monday’s WTA rankings, but for the moment the title is what mattered most.

Having entered the week with just one top 30 win to her name, Ferro added another two – No 27 Ekaterina Alexandrova and No 22 Kontaveit – to her resumé and improved her record in 2020 to 8-3.

Ferro rallied from 3-5 down in the final set, racing through the final four games to clinch her victory in one hour and 43 minutes.

A big serve set up her first championship point at 6-5, 40-30 but Kontaveit was not finished just yet. The world No 22 rifled a backhand winner to get to deuce. Moments later Ferro clinched the title on her second match point when her kick serve out wide forced a Kontaveit backhand long.

“It was very tough match, very close, Anett is a very consistent player so I had to just fight for every point,” Ferro told the crowd after her victory.

“It’s so nice to be able to work with someone who is that passionate and dedicated,” she said.

Entering Palermo, Fiona Ferro had not won back-to-back matches on tour since 2019 US Open.

Spent her shutdown practicing at home where she has a court at her house and working on fitness. Went 10-0 in exhibition matches and loses one set en route to the title. pic.twitter.com/hf9WusmEbQ

Ferro finished with five break points converted out of seven opportunities in the match, and saved four of the six break points she faced.

The Palermo Open marks the restart of the 2020 tennis season after five months off due to the coronavirus pandemic. The tournament dealt with a difficult blow just prior to commencement, when world No 2 Simona Halep elected to pull out due to reservations about travelling to Italy after the Italian government had announced a mandatory quarantine for all players arriving in the country from Romania.

A positive Covid-19 test for an unnamed player also threatened the tournament in the weekend prior to main draw commencement, but the week passed without drama, as players obeyed social distancing measures and played in front of limited crowds.

Ferro has now won both her career WTA finals. She won her maiden title last July at Lausanne, defeating Alizé Cornet in the first all-French WTA final in nearly a decade.

Ferro dropped just one set en route to the title, in Saturday’s semi-final victory against Italy’s Camila Giorgi. She has now won a total of 15 matches in succession after winning ten consecutive exhibition matches at Nice and another five at Cannes this summer.