Simona Halep marked her 29th birthday with a first-round win at the French Open, where the top seed began slowly in chilly conditions. 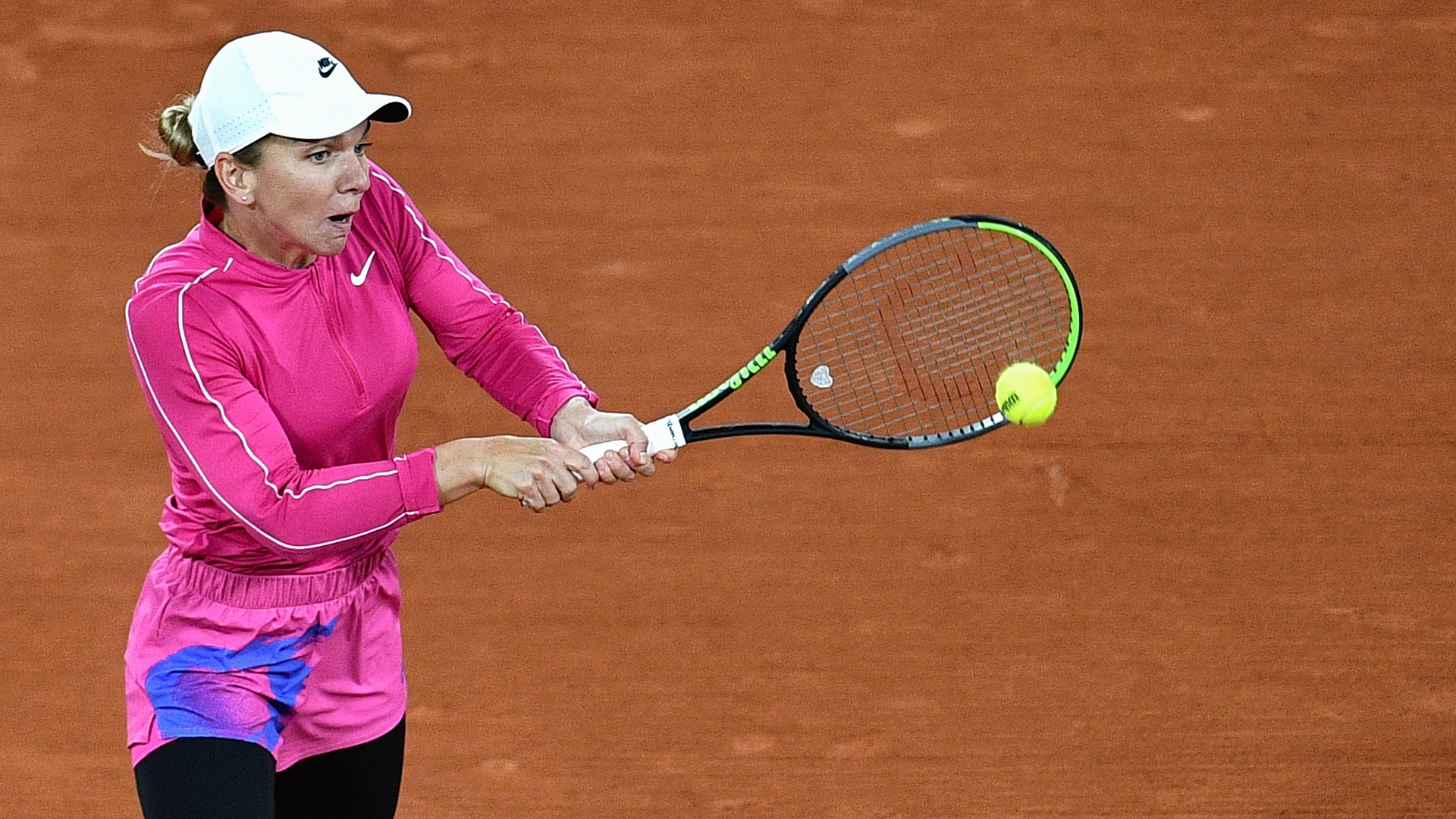 Simona Halep eventually warmed to her French Open task as she won her opening match on a chilly first Sunday at Roland Garros.

Under the new roof on Court Philippe-Chatrier and on her 29th birthday, title favourite Halep stumbled through the opening stages before pulling away to beat Spain’s Sara Sorribes Tormo 6-4 6-0.

From 4-2 behind in the opening set, after three consecutive breaks, Halep won 10 straight games to reach the second round of a tournament at which she won her first grand slam title two years ago.

She landed 90 per cent of first serves in the second set, and struck 11 winners to five from her fading opponent.

Fresh from winning the Internazionali d’Italia in Rome, Halep arrived in Paris as favourite and top seed for the final grand slam of the year.

The second set was a stroll against Sorribes Tormo, a player who had only won one match in three previous main-draw appearances at the clay-court slam.

Halep’s early wobble may have been partly attributable to the unfamiliar conditions, with the temperature barely into double figures as the match began.

Because the tournament has been moved back from its usual May start amid the COVID-19 pandemic, Paris will feel quite different to the players in action over the 15-day tournament.

Romanian Halep paired a pink outfit with black leggings, and initially her tennis was as cold as the autumnal climate, but she predictably took control of matters and rolls on.

She was serenaded to mark her birthday by former Wimbledon champion Marion Bartoli during a post-match interview, with Halep hoping for more to celebrate in the coming fortnight.

Happy birthday to you…

A special birthday present for @Simona_Halep, a win under the new roof #RolandGarros pic.twitter.com/H8FsFD1BG6

Halep took charge of this contest once she cut down the unforced errors, which blighted her performance in the opening stages. She fired 12 winners in the opening set and 11 in the quickfire second, but the error count told the story of her improvement. After racking up 15 in the first set, Halep trimmed that number to a steadier eight in the second. She was clinical on her break-point opportunities, carving out nine and taking a healthy six of those.