A dominant victory boosted the confidence of Simona Halep, while Elise Mertens’ tournament was ended by Caroline Garcia. 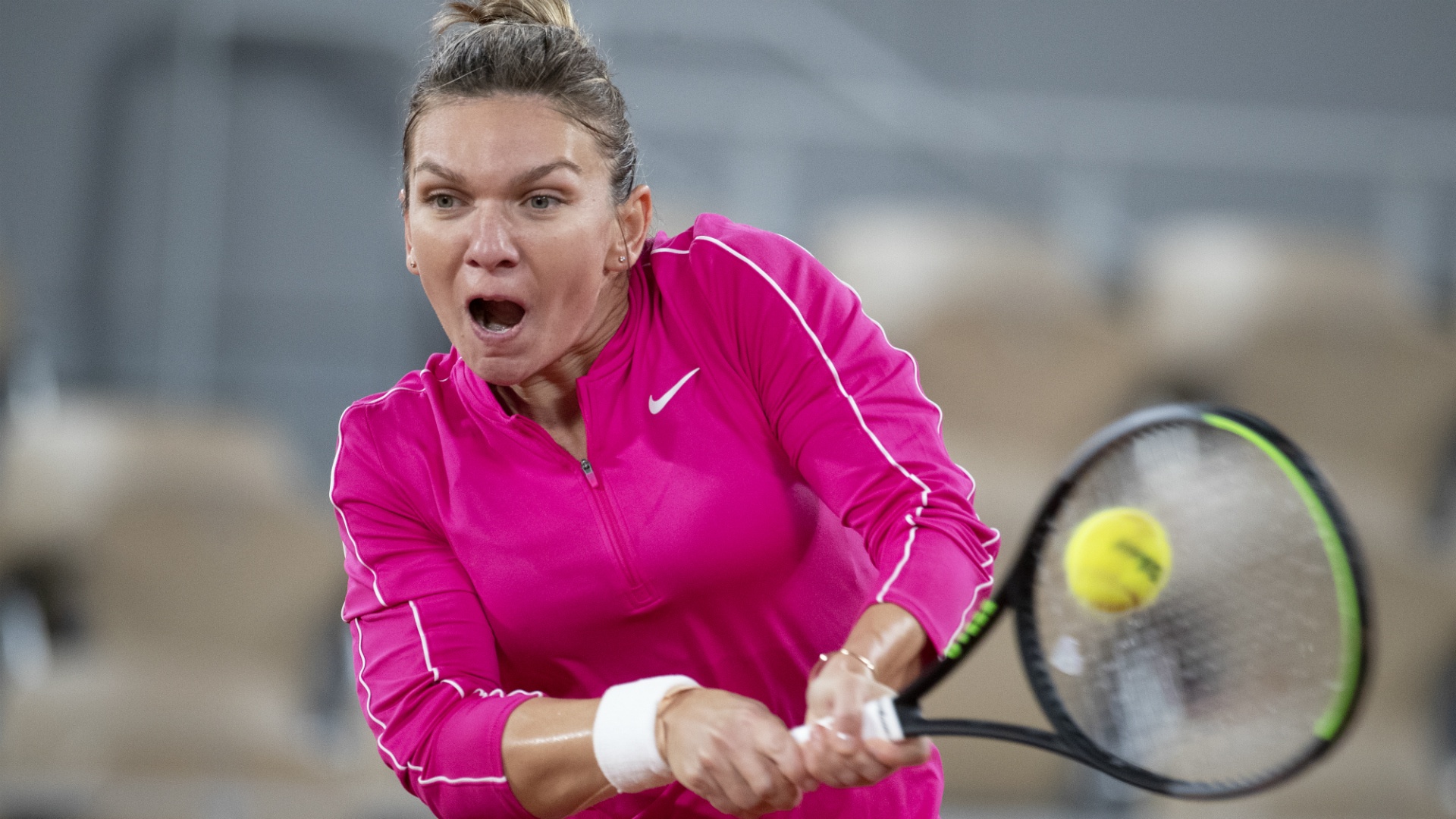 Simona Halep is playing free of pressure despite becoming an even stronger favourite to win the French Open in the first week of the tournament.

The 2018 champion arrived at Roland Garros rated as the most likely victor, a status that has been enhanced by three comfortable wins along with the exit of second seed Karolina Pliskova and the withdrawal of Serena Williams due to injury.

The latest of Halep’s comfortable victories – her 17th consecutive in a row on the WTA Tour – came as she thrashed Amanda Anisimova 6-0 6-1 in just 54 minutes on Friday, avenging her quarter-final defeat to the American last year.

Next she faces Iga Swiatek in round four, a player she beat comprehensively at the same stage in 2019, but despite increasingly being tipped to go all the way, the Romanian feels no extra strain.

“No, I don’t [feel more responsibility] and I don’t feel the pressure,” she said when asked about the huge expectations on her and Rafael Nadal, the favourite in the men’s singles.

“Of course I expect from myself to play good tennis, because I feel good, I feel the game, I feel fit, I feel stronger on my body.

“But doesn’t mean I have to win every match. Important thing for me is just to deliver what I have best in the day that I play, and then we’ll see.

Swiatek booked the fourth-round clash with Halep by winning 6-2 6-3 against Eugenie Bouchard.

Sixteenth seed Elise Mertens looked like she was on course for the fourth round until she was beaten by a superb comeback from Caroline Garcia.

“It was a great feeling out there – especially the match was a big fight in the second and third sets,” said Garcia.

The World No.45 bounces back from a set down to defeat No.16 seed Mertens –> https://t.co/Zz7sIcfYOW pic.twitter.com/aPCRiXQ2Qa

“So to be able to live this kind of moment… first of all, because we didn’t know what was going to happen, so to be able to play French Open it’s a great feeling – and to have some crowd to be able to share it with, it’s even more special.

“Especially as they were really cheering for me. And I think Elise lived the moment like me.”

Elina Svitolina and Kiki Bertens needed just the two sets to seal their places in round four.

Third seed Svitolina will face Garcia after she overcame Ekaterina Alexandrova 6-4 7-5 on Court Suzanne-Lenglen as she eyes a maiden grand slam title.

Svitolina won despite hitting just eight winners to 30 unforced errors, while Alexandrova had 25 winners and 49 unforced errors across two scrappy sets for both players.