Teenager Coco Gauff has felt the pressure of living up to high expectations, but she has not been diagnosed with depression. 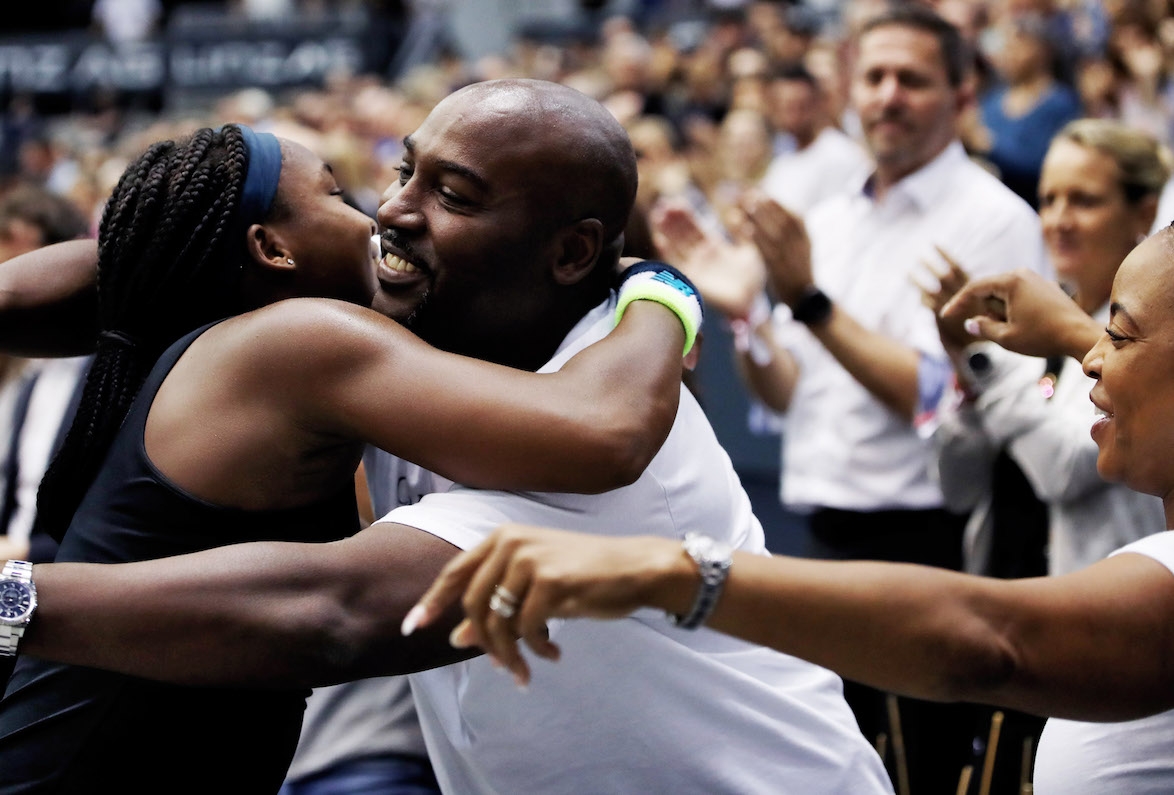 Coco Gauff’s parents have allayed concerns about the teenage sensation’s mental health after she spoke of struggling with depression.

Gauff told ‘Behind the Racquet’ Instagram account that she found it difficult to cope with so much expectation at such a young age and had considered taking a year out of the game.

Repost from @behindtheracquet • “Throughout my life, I was always the youngest to do things, which added hype that I didn’t want. It added this pressure that I needed to do well fast. Once I let that all go, I started to have the results I wanted. Right before Wimbledon, going back to around 2017/18, I was struggling to figure out if this was really what I wanted. I always had the results so that wasn’t the issue, I just found myself not enjoying what I loved. I realized I needed to start playing for myself and not other people. For about a year I was really depressed. That was the toughest year for me so far. Even though I had, it felt like there weren’t many friends there for me. When you are in that dark mindset you don’t look on the bright side of things too often, which is the hardest part. I don’t think it had much to do with tennis, maybe just about juggling it all. I knew that I wanted to play tennis but didn’t know how I wanted to go about it. It went so far that I was thinking about possibly taking a year off to just focus on life. Choosing not to obviously was the right choice but I was close to not going in that direction. I was just lost. I was confused and overthinking if this was what I wanted or what others did. It took many moments sitting, thinking and crying. I came out of it stronger and knowing myself better than ever. Everyone asks me how I stay calm on court and I think it’s because I accepted who I am after overcoming low points in my life. Now, when I’m on court, I am just really thankful to be out there. Personally for me, I like playing for more than myself. One of the biggest things is to continue breaking barriers. At the same time I don’t like being compared to Serena or Venus. First, I am not at their level yet. I always feel like it’s not fair to the Williams sisters to be compared to someone who is just coming up. It just doesn’t feel right yet, I still look at them as my idols. With all their accolades I shouldn’t be put in the same group yet. Of course I hope to get to where they are but they are the two women that set the pathway for myself, which is why I can never be them.” @cocogauff Go to behindtheracquet.com for extended

The world number 52 said she had been “really depressed” for about a year, but her father told the New York Times that she had not been diagnosed with depression.

Corey Gauff, one of the prodigy’s coaches, said: “That’s the thing that was alarming [stating she had been depressed], and I knew that was going to be the word that got picked up.

“She was never clinically depressed, never diagnosed with depression, never seen anybody about depression.”

He added: “There’s no medicine going on. This is a kid’s personal pressure that they put on themselves and how they deal with it and how they mature.”

Candi Gauff believes her daughter’s defeats of older opponents on the junior circuit may have come at a cost.

She said: “That led to loneliness at the tournaments, which leads to sadness, so for a period of time she was unhappy.

“I don’t want to say the word ‘jealousy’, but it was a spirit of, ‘Why is this young girl winning?’ So she was isolated.”

After an online post quoted Coco Gauff as saying she was depressed a few years ago, @christophclarey spoke with her parents and the editor of the post. https://t.co/IxaLGIEFER

Candi Gauff also thinks Coco may have felt she had been missing out when she was able to see what other children had been up to on social media, having been home-schooled since third grade.

She said: “You are seeing other kids posting photos of going to these high school events, and you’re wondering what would life be like if I didn’t play tennis.”

Gauff shot to prominence last year with a run to the fourth round of Wimbledon in her maiden grand slam appearance aged only 15.

The American won her first WTA singles title in Linz last season and reached round four of the Australian Open three months ago.