Home » News » WTA » Halep escapes after a thriller against Jabeur

Halep escapes after a thriller against Jabeur 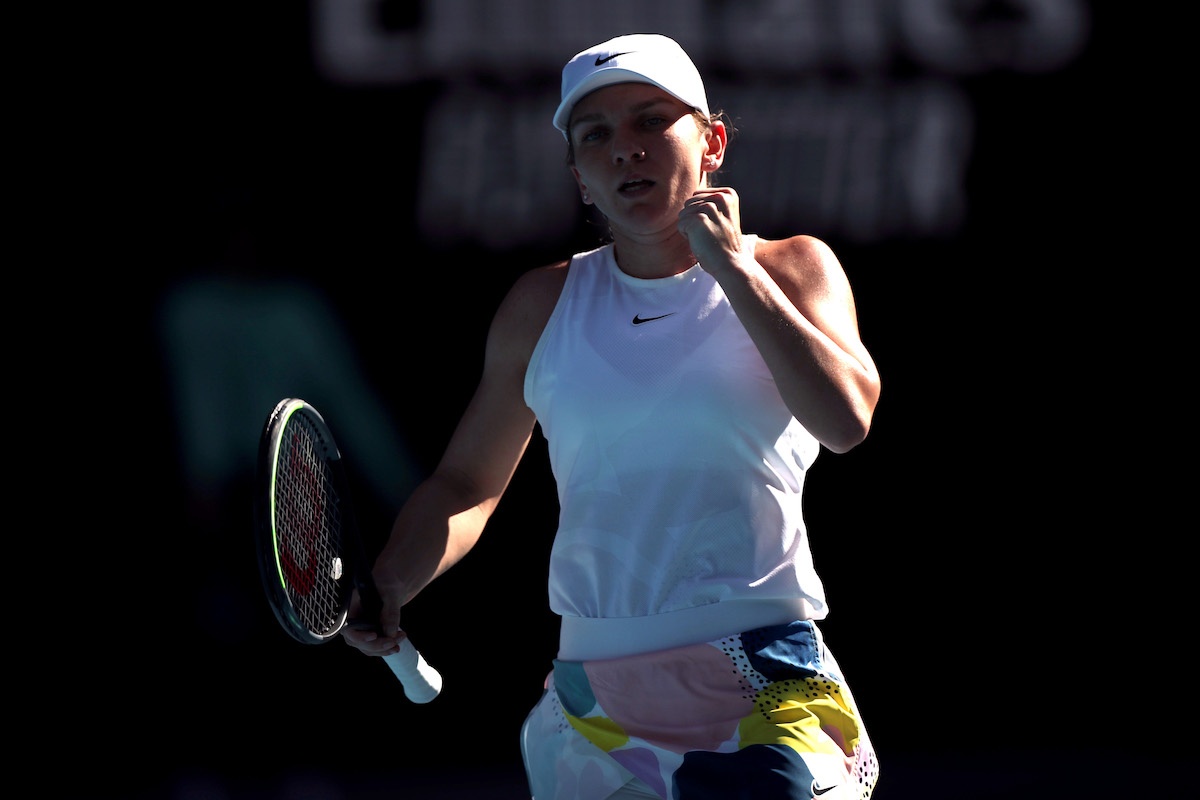 Halep fought hard and was rewarded.

The crowd went nuts during the battle between Simona Halep and Ons Jabeur in Dubai. And no one will blame them, as both players delivered an incredibly exciting third set on that center court! It was a case of who will have the nerves of steel in the money time? And it proved to be Halep(1-6, 6-2, 7-6(7)).

Totally dominated during the first set by the recent Australian Open quarter-finalist, struggling with a lower back pain that required the trainer intervention at the end of the second set, the Romanian fought back again and again. Until Jabeur imploded from match point up in the tie-break (7-6) to three consecutive forehand unforced errors.

That was a very cruel end for the Tunisian who also served for the match at 6-5 without being able to close it out, and who was down 3-0 and 4-1 in that set. But a great win for Halep who showed a lot of guts and heart during that match.

Halep’s resilience since her loss in Melbourne

Jabeur, who fought so hard and showed so many skills out there, will be even more disappointed that she could see Halep was struggling. Maybe that’s because she saw the opportunity that she lost a bit the plot in the second set and start of the third. But Halep (n°2) showed a lot of resilience out there for her first match since the tough loss in Melbourne’s semi-final against Garbine Muguruza (7-6(8), 7-5).

No playing her best, she still found a way to play one of her best cards: her defending game. She put one more ball inside the court, again and again, focused on the placement of shots to move Jabeur from corner to corner and waited for the mistakes. They came, and so Halep survived. Her footwork, even when she struggles, is such a weapon!

Jabeur was so flashy out there, showing again incredible hands quality and sense of play. But in the end, the cold-blooded Halep, who played so many of those battles in her career, got the win: another proof of how experience of the big matches matters.

Jabeur, ranked 45 this week, is getting there but the Romanian is always there for years so she’s the one who knows how to scrap those kinds of wins. Now to see if Halep will feel better in the next round as she faced Aryna Sabalenka, back with coach Dmitry Tursunov, who is among the most powerful and aggressive players of the Tour.