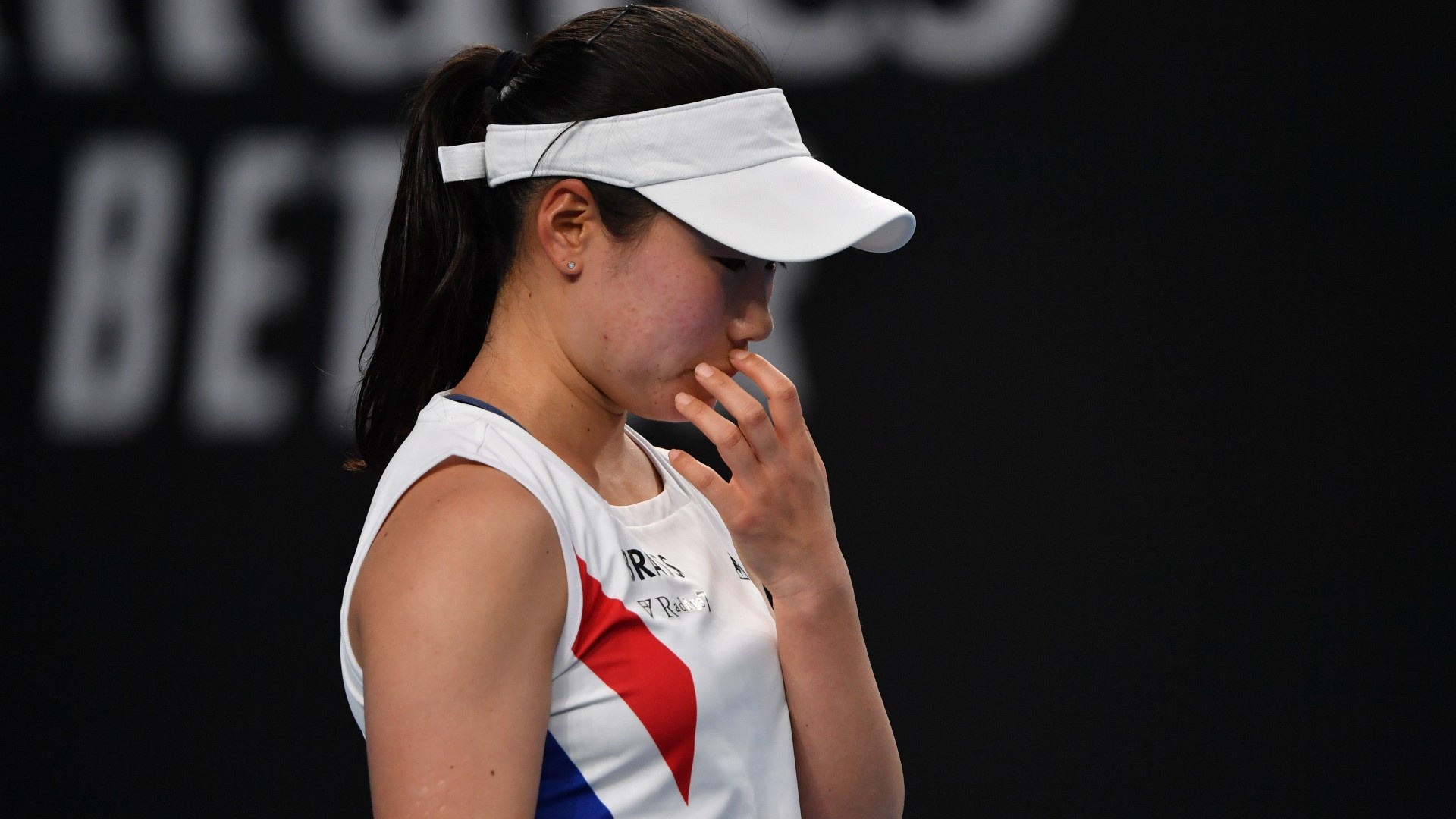 Nao Hibino was a shock first-round casualty at the Monterrey Open on Monday but fellow seed Ann Li advanced.

Seeded ninth for the WTA International tournament, Japan’s Hibino was upstaged 3-6, 6-2, 6-3 by Jasmine Paolini. American eighth seed Li, however, had no such trouble in her 6-3, 7-5 victory over Arantxa Rus on the outdoor hard courts.

Painting the line. No. 8 seed Ann Li moves on in Monterrey with a 6-3, 7-5 victory over Arantxa Rus.

Coco Vandeweghe – the 2017 Australian Open semi-finalist – suffered another early exit. After being ousted by Mihaela Buzarnescu in the opening round in Guadalajara last week, former world No 9 Vandeweghe was eliminated 6-3, 6-2 by Canadian teenager Leylah Fernandez. Fernandez will face either top seed Sloane Stephens or lucky loser Kristina Kucova in the second round.