Home » News » “I was feeling so bad today”: Iga Swiatek’s stress at Roland-Garros

“I was feeling so bad today”: Iga Swiatek’s stress at Roland-Garros

Iga Swiatek, the defending French Open champion, was beaten 6-4, 6-4 by Maria Sakkari in the quarter-finals on Wednesday. The Polish player told a press conference that she was not feeling her best on court 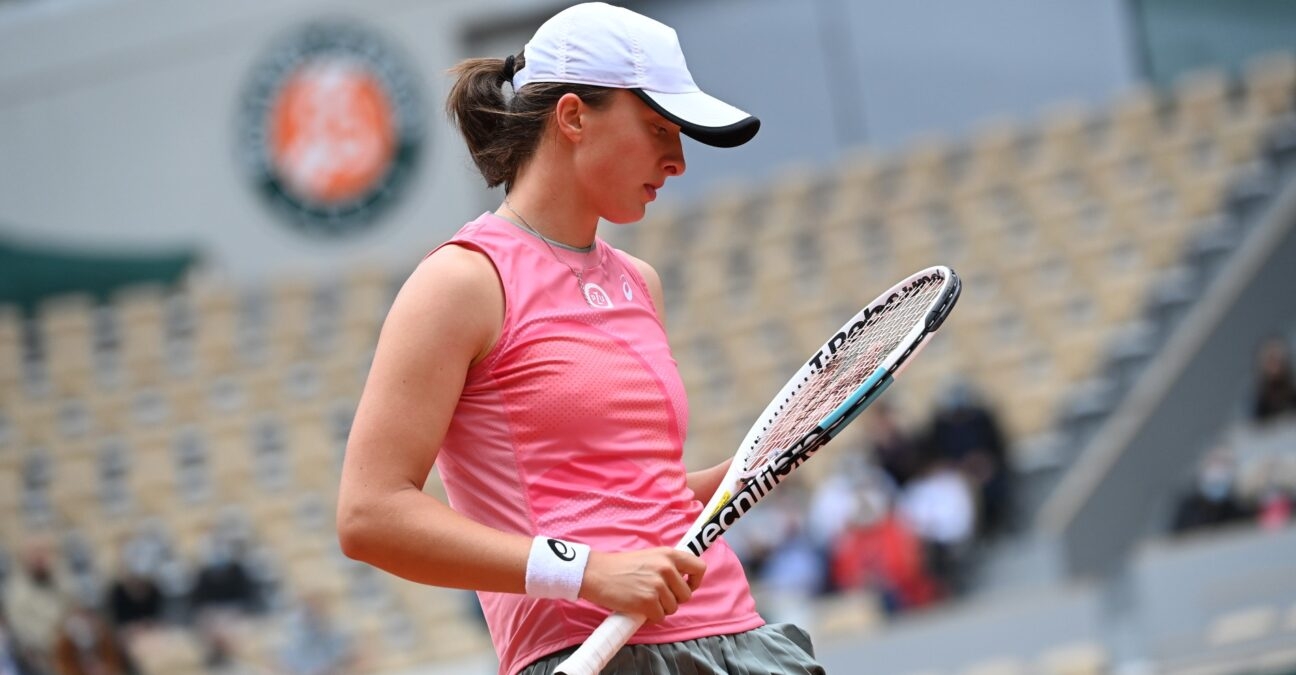 Defending a title is far from an easy task, even less so in a Grand Slam. The last player to do so in the women’s singles at Roland Garros was Justine Hénin, who won three titles in 2005, 2006 and 2007. Iga Swiatek was unable to follow in her footsteps this year, beaten in the quarter-finals by Maria Sakkari. After the match, the Pole admitted that she was having a bad day.

“I know her style of game,” Swiatek said afterwards. “It didn’t surprise me. It surprised me that she played so much to my forehand. But I did some mistakes at the beginning, and she just took the lesson from that. But really I was feeling so bad today that I don’t think it would, like, matter.

“But obviously she did a good job. All credit to her because she also made me actually feel bad. That’s what players do to each other. She did that better today.” 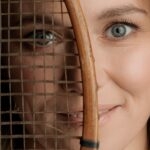 With two double faults, 25 unforced errors and only 43% of points won behind her second serve in her loss to Sakkari, Swiatek was indeed not having a good day on Court Philippe-Chatrier.

Before she came to the French Open, Swiatek played six matches in Rome to lift the trophy. And along with her singles performance in Paris, the Polish player is also using a lot of energy as she progresses through the doubles – playing more than three hours in the round of 16 and is in the semi-finals with Bethanie Mattek-Sands.

“The past couple weeks hit me kind of yesterday. I just didn’t have good days, I couldn’t do like physical recovery well because I was stressed. Days like that happen, and it’s normal.” 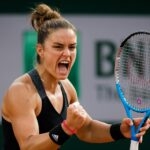 That stress that has also disturbed her sleep, as she admitted in the press conference. Perhaps that contributed to the muscle discomfort she experienced in the second set against Sakkari, when Swiatek took a medical time-out to have her right thigh strapped.

“I couldn’t even sleep well yesterday,” she admitted. “I slept like few hours. I think I was feeling everything twice as much as I should. It was hard to rationally just see what’s going on.

“I made decision to tape it just to feel sure. Gave me, like, little bit more confidence when I was moving. Still my reaction was bad. I didn’t play well, like, tactically and also technically. I was on my heels, so it’s hard to make something of that kind of game.”