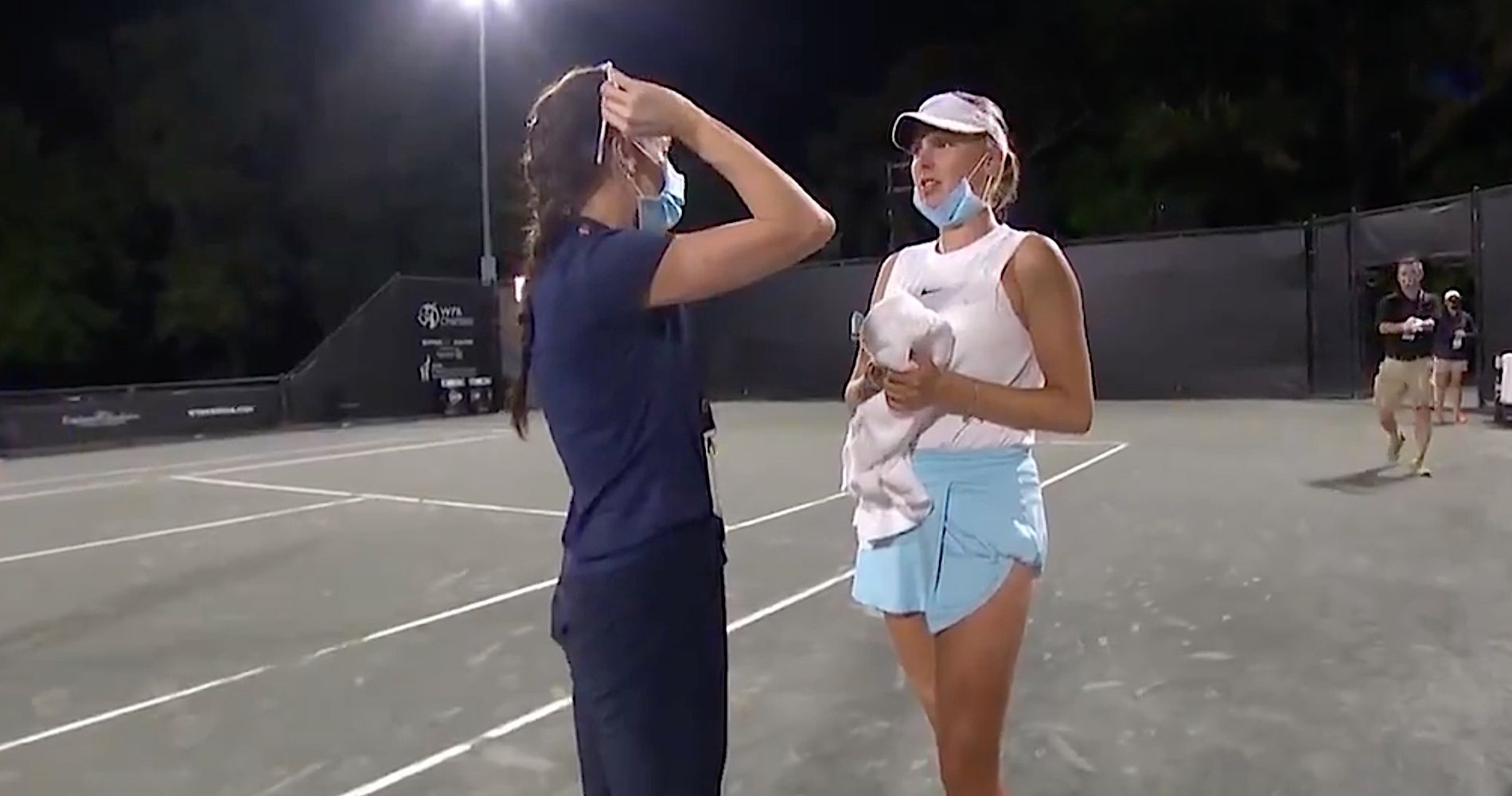 15-year-old Linda Fruhvirtova displayed a menacing ground game and a killer instinct on Tuesday night as she claimed her maiden WTA victory (6-2, 6-7(7), 4-4 RET) when Alizé Cornet retired in the third set in Charleston on Tuesday. The Czech talent had the chance to close the match earlier but failed to convert a match point at 6-5 in the second-set tiebreaker, not long after failing to serve out the match at 5-4 in the second set.

But eventually the teenager wore down Cornet, who was hobbled throughout the match by a right thigh injury but fought through it valiantly until 4-4 in the third. Fruhvirtova, ranked 499, will face American Emma Navarro in the second round.

A first WTA main draw victory for the 15-year-old! 🇨🇿

Czech wildcard Linda Fruhvirtova is into Round 2 after a thrilling battle with No.4 seed Cornet, who was forced to retire at 4-4 in the deciding set.#MUSCHealthWomensOpen pic.twitter.com/D9niZFo5ms

Top seed Ons Jabeur advanced to the last 16 at the MUSC Health Women’s Open, while Magda Linette was a casualty on Tuesday.

Jabeur – who reached the semi-finals of the Volvo Car Open – made a winning start at the WTA 250 event after toppling Stefanie Vogele 6-4 6-1.

The Tunisian won 88.9 per cent of her first serves to set up a clash with qualifier Alycia Parks – the latter eased past fellow American Grace Min 6-1 6-4.

However, second seed Linette crashed out at the hands of in-form Colombian Maria Camila Osorio Serrano.

The No.1 seed is through to Round 2, where she will face American qualifier Parks.#MUSCHealthWomensOpen pic.twitter.com/1cWvyMQill