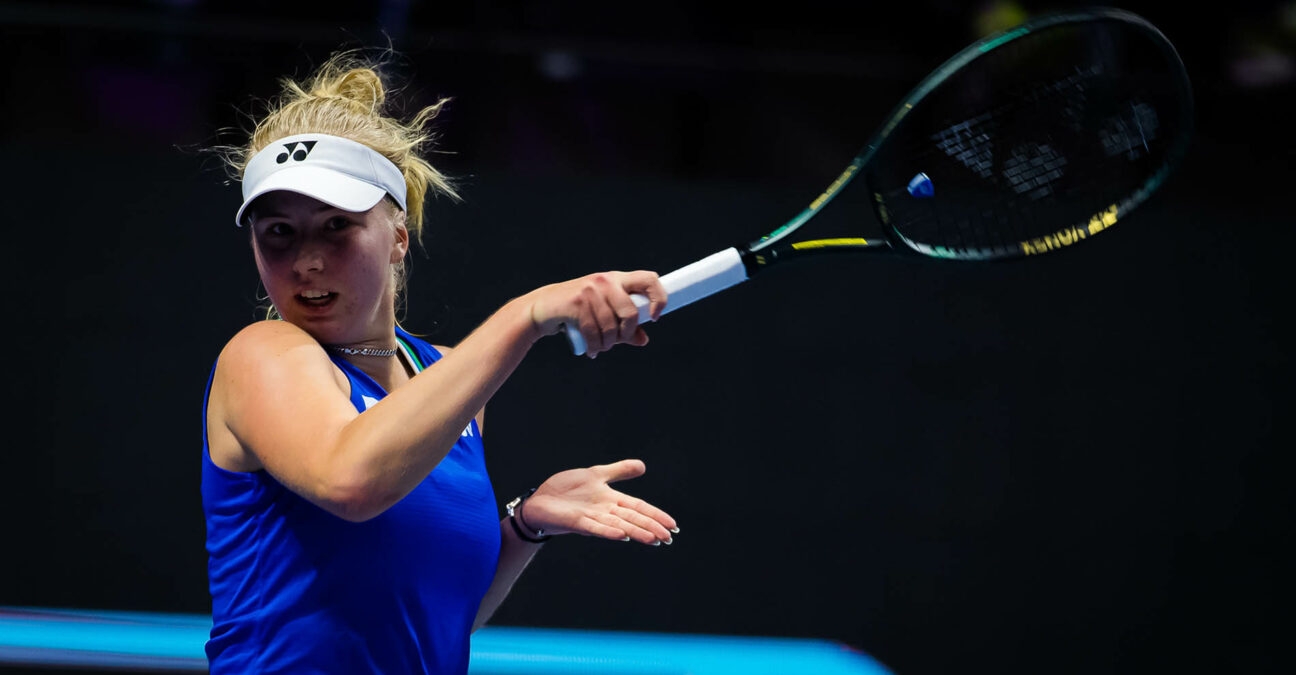 March 16, 2021, ST PETERSBURG, RUSSIA: Clara Tauson of Denmark in action during the first round of the 2021 St. Petersburg Ladies Trophy WTA 1000 tournament against Daria Kasatkina of Russia

Tauson, 18 and ranked 70, will face former champion Jelena Ostapenko, the No 3 seed, for the title on Sunday. Ostapenko toppled seventh-seeded Russian Liudmila Samsonova, 6-1, 7-6(4), to improve to 9-0 lifetime at Luxembourg.

It has been a breakout season for the Dane, who won her maiden title in Lyon from qualifying without dropping a single set and has since made her top 100 debut. Coached by Belgian Olivier Jeunehomme, she shows comfort in all phases of the game, but is happiest when on the attack. Backed by big serving and powerful ground strokes, she doesn’t hesitate to move into the net to finish points.

Just prior to the US Open Tauson won the 125K title at Chicago, defeating 2021 US Open champion Emma Raducanu in the final. She has risen from outside the top 150 at the start of the season to her current ranking of 70, and is projected to climb to at least 53 in next week’s WTA rankings as a result of her run in Luxembourg.

On Saturday she had a tense encounter with 35th-ranked Vondrousova, and rallied late in the third set with a break for 5-4 before serving out the match in two hours and four minutes.

She believes her level is higher than it was in March when she won the title in Lyon.

Tauson and Ostapenko have never played before at the WTA level.

“It’s going to be a tough match again I think” said Tauson of Ostapenko. “She’s playing quite solid. She’s a Grand Slam champion and a former champion here, so I’m just going to go out and see what I can do against her and see what she has for me.”