Veronika Kudermetova could not live with Aryna Sabalenka as the in-form Belarusian stormed to a third straight WTA crown. 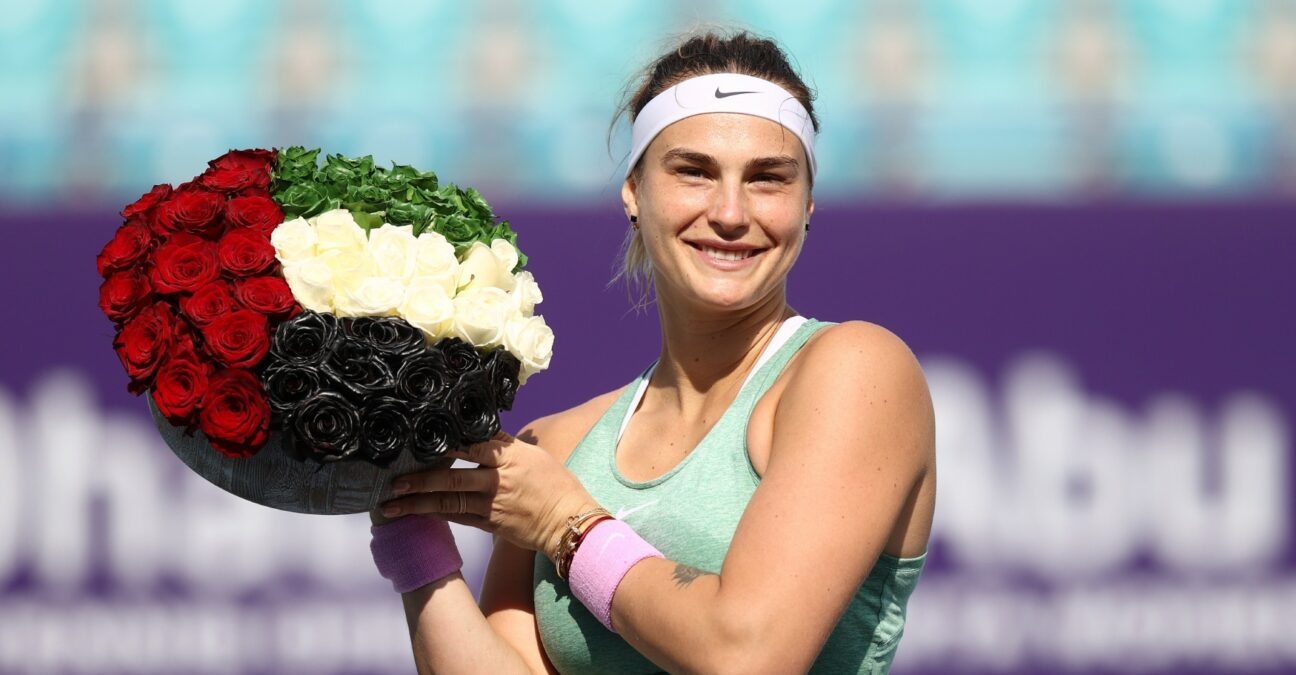 Aryna Sabalenka is keen to continue her hot streak after claiming a third consecutive title on the WTA Tour with a commanding victory over Veronika Kudermetova at the Abu Dhabi Women’s Tennis Open.

Following season-ending triumphs in Ostrava and Linz, the world No 10 extended her winning run to 15 matches, prevailing 6-2 6-2 in an hour and five minutes.

The pace of the contest owed much to Sabalenka’s power game, with the Belarusian hitting 18 winners to her opponent’s 13, while Kudermetova leaked 24 unforced errors to 13.

Sabalenka’s clinical confidence was in evidence as she dispatched six of 12 break points fashioned.