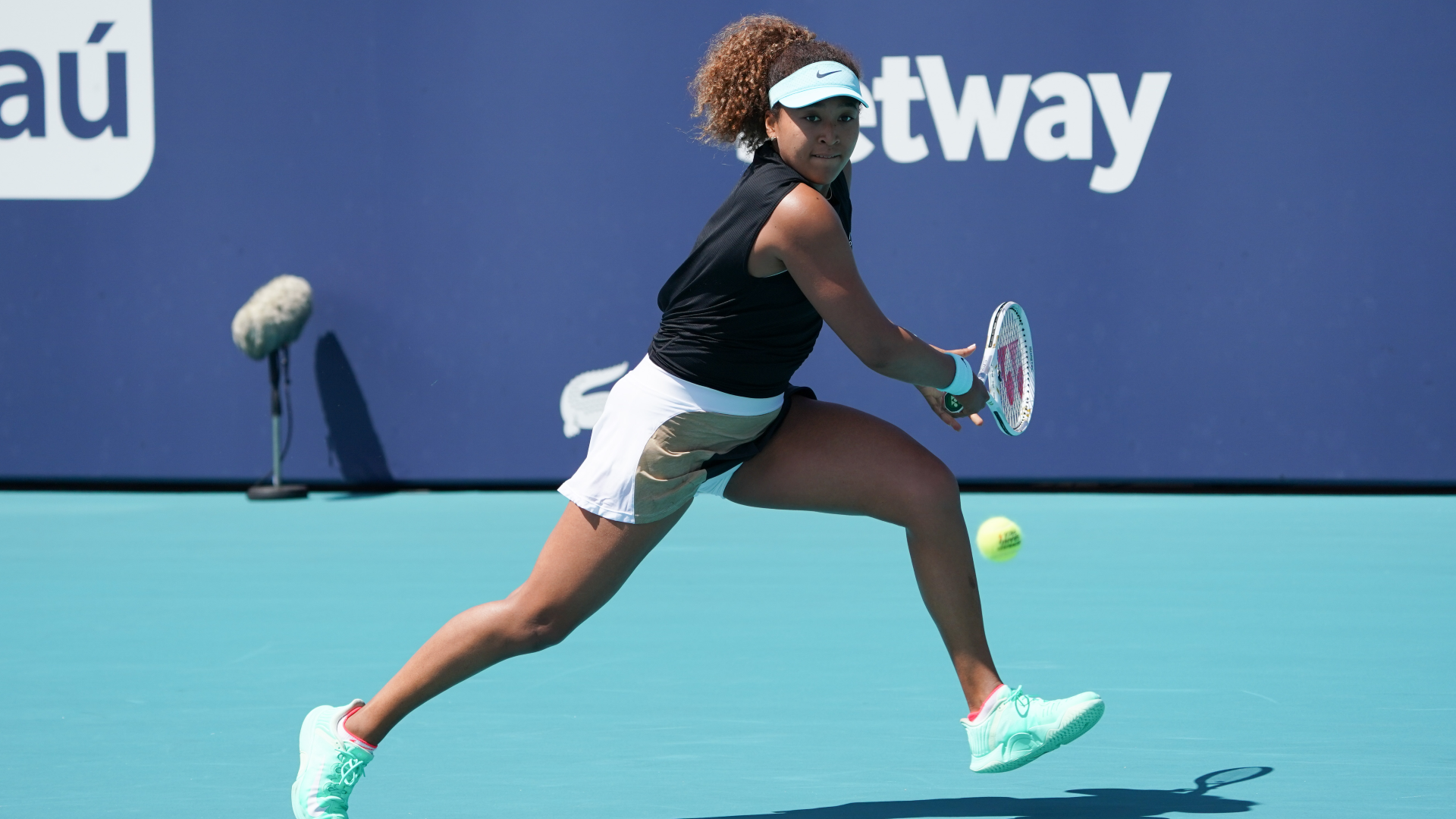 Naomi Osaka picked up where she left off at last month’s Australian Open, winning her first match since lifting the trophy in Melbourne with a 7-6(3), 6-4 defeat of Ajla Tomljanovic during second-round action at the Miami Open on Friday. Osaka survived a hard-fought but straight-set match after one hour and 39 minutes.

“This is my first match since Australia, so I just really wanted to play well,” the world No 2 said in her on-cour interview following the victory. “I kind of feel like I’m at home here, because I grew up [near here] for most of my life.”

Osaka extended her winning streak to 22 matches, although it was not easy against Tomljanovic. The 23-year-old from Japan blasted 36 winners, including 13 aces.

Tomljanovic did not go down without a fight but was let down by 24 unforced errors. Osaka will next face Serbian qualifier Nina Stojanovic in the third round.

Jennifer Brady, who finished runner-up to Osaka at the Aussie Open, was knocked out in the second round by 58th-ranked Sara Sorribes Tormo. Brady’s defeat was the major surprise on Friday, with Sorribes Tormo fighting back from a set down to win 3-6, 6-4, 6-1. The Spaniard was a recent semi-finalist in Monterrey.

Brady made a dream run to the final at Melbourne Park last month but came back to Earth with a thud against Sorribes Tormo, who has won 10 of her past 11 matches. The match lasted two hours, 22 minutes, with Sorribes Tormo finding the edge late as the American’s first-serve percentage dropped to 24 percent in the third set. Brady also struggled with cramps toward the end of the match.

Brady’s defeat comes a few weeks after being humbled by Anett Kontaveit in less than an hour in the Qatar Open first round.

Champion in Guadalajara.
Semifinalist in Monterrey.

Top 10 seeds Karolina Pliskova, Bianca Andreescu and Sofia Kenin progressed in Miami, with Kenin coming from a set behind to beat Andrea Petkovic.

Tenth seed Kiki Bertens, in her third match back from Achilles surgery, was knocked out by Russian qualifier Ludmilla Samsonova 6-2, 6-1 in less than an hour.

Comeback win from No.4 seed @SofiaKenin. Gets the win in 3 sets against @andreapetkovic.#MiamiOpen pic.twitter.com/luvO1LmRPP