Naomi Osaka is one of Sports Illustrated’s Sportspersons of the Year for 2020, as was announced this past week. She is just the fifth tennis player on the all-time list, joining Serena Williams, Arthur Ashe, Chris Evert, and Billie Jean King. 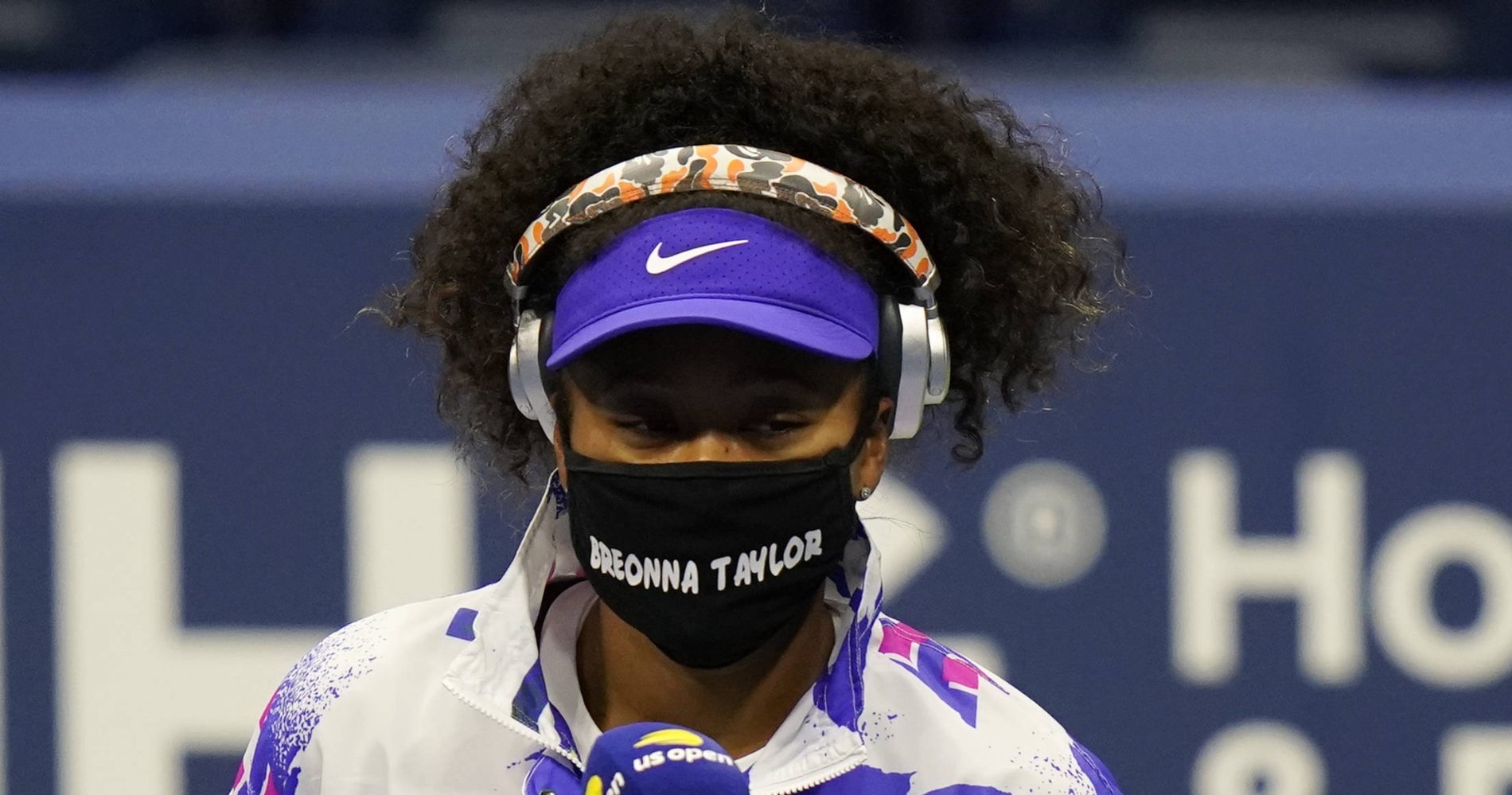 Naomi Osaka was named by Sports Illustrated as one of the Sportspersons of the Year on Monday. Osaka was honored mainly for her off-court efforts to protest social injustice, although her on-court performance — such as winning another US Open — certainly enhanced her status as one of 2020’s most prominent sports figures.

SI Sportsperson of the Year has — in the United States — become arguably the most prestigious annual honor in sports throughout the years. It is given to “the athlete or team whose performance that year most embodies the spirit of sportsmanship and achievement.” Dating back to 2000, honorees include Tiger Woods, Tom Brady, Michael Phelps, LeBron James (three times), Peyton Manning, and Serena Williams.

Presenting the #Sportsperson of the Year: The Activist Athlete.

“At 23, Naomi has become a force on the tennis court, winning the U.S. Open in September for the second time, coming back from a set down to beat Victoria Azarenka,” Martina Navratilova wrote in SI‘s feature story. “But in 2020 she also became a huge force off the court. Naomi came to understand the power of fame and learned how to use it for the greater good. How cool is that? She used her platform to raise awareness of violence against Black Americans by the police and others and to foster the conversation about how to combat it.”

Osaka the fifth tennis player to receive this honor

Only four tennis players have been a Sportsperson of the Year since Sports Illustrated began issuing the honor in 1954. Billie Jean King was the first — and also the first woman in any sport — in 1972, when she captured three of the four singles Grand Slam titles. Chris Evert (1976), Arthur Ashe (1992), and Serena Williams (2015) are the others.

King posted on social media after learning of this year’s honorees.

In 1972, I became the first woman to receive the honor of @SInow’s #Sportsperson of the Year.

Congratulations to these athlete activists, who not only succeed at the highest level of their games, but also use their platforms to advocate for a more equitable and just world. https://t.co/n2KyuBqFZ5

Osaka was all masks on

The 23-year-old from Japan joins four other recipients this year (James, fellow basketball player Breanna Stewart, and NFL players Patrick Mahomes and Laurent Duvernay-Tardif), all of whom were active in combatting the issues currently plaguing the world — whether it be social injustice or the coronavirus pandemic. Osaka led the movement of athletes refusing to play their respective sport in order to shed light on social justice and demand racial equality, announcing prior to the Cincinnati semi-finals that she would not take the court. The entire tournament was eventually postponed for a day. In the NBA, the Milwaukee Bucks boycotted a playoff game and the basketball season was paused for multiple days.

Osaka continued her efforts at the US Open, wearing masks with the names of innocent people of minority races who had been killed — one for each match (Breonna Taylor, Elijah McClain, Ahmaud Arbery, Trayvon Martin, George Floyd, Philando Castile, and Tamir Rice). The current world No 3 came prepared with seven masks in case she made it all the way to the final, and that is exactly what happened. Osaka was able to promote all seven names throughout the fortnight, reaching the final and even winning it with a 1-6, 6-3, 6-3 victory over Victoria Azarenka for her second title at Flushing Meadows.

The official US Open also reacted to the recent Sports Illustrated news.

She made people stop and take notice with her play & her words.

We are so proud that @naomiosaka was named Sports Illustrated’s Sportsperson of the Year! pic.twitter.com/4yra8YSztm