Naomi Osaka is into the Western & Southern Open final, defeating Elise Mertens after another show of support for Black Lives Matter. 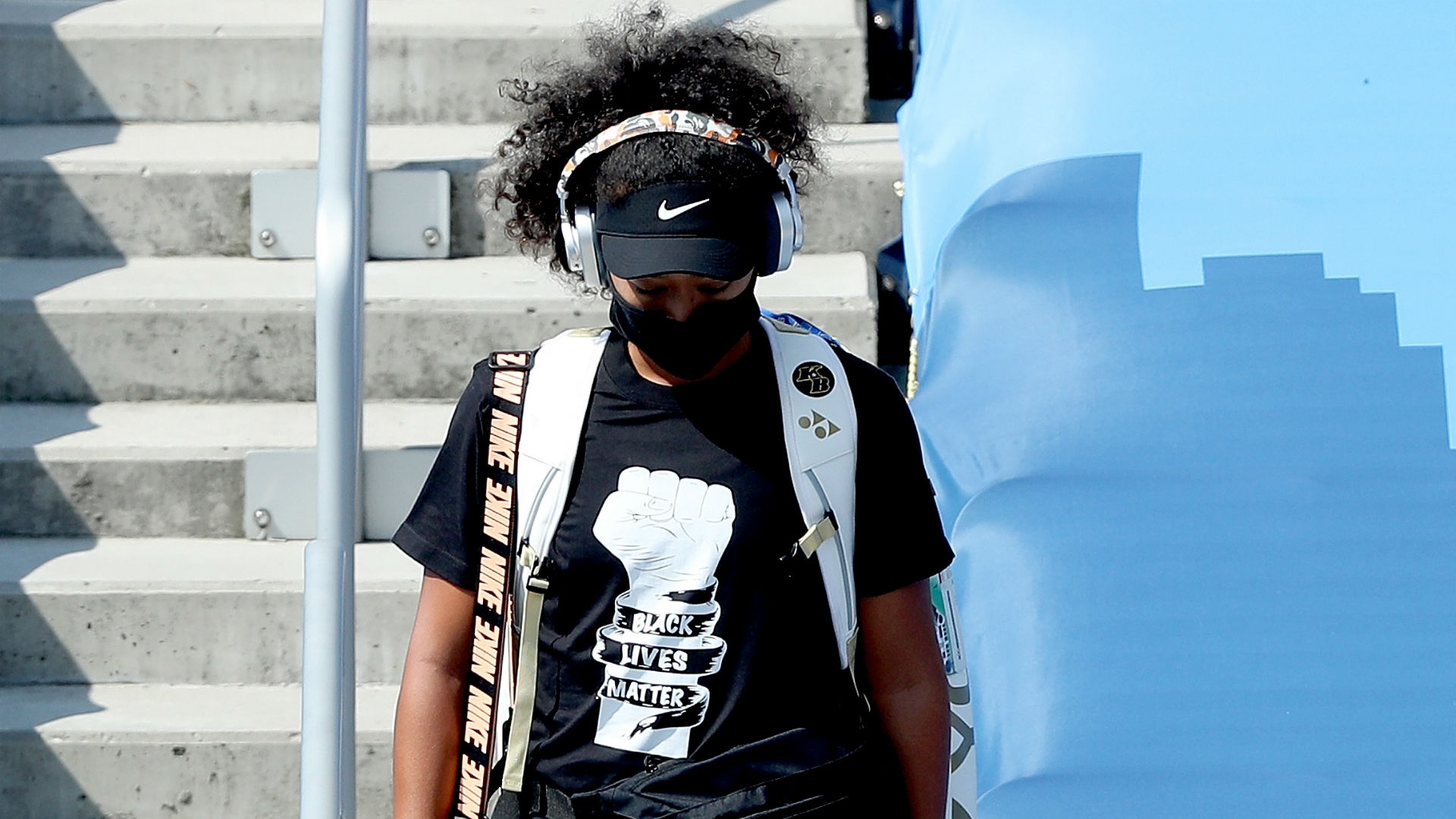 Naomi Osaka conceded to enduring a sleepless night in the wake of her protest in support of the Black Lives Matter movement but that did not stop her from progressing to the final of the Western & Southern Open.

Osaka overcame Elise Mertens in straight sets on Friday to set up a meeting with Victoria Azarenka in the final.

Her progress through the tournament looked to have to come to an end after Osaka announced on Wednesday that she would not contest the last-four clash amid nationwide protests following the shooting of Jacob Blake in Wisconsin.

Born to a Haitian father and a Japanese mother, Osaka said she was withdrawing from the tournament to “get a conversation started in a majority white sport”.

However, Osaka reversed her decision, with both semi-finals pushed back 24 hours from Thursday, and she emerged on the Grandstand court at Flushing Meadows wearing a Black Lives Matter t-shirt.

She required a little over two hours on court to secure her place in Saturday’s final, Osaka more clinical on break points in the first set and edging a tie-break at the end of a second that encompassed several momentum swings to win 6-2 7-6 (7-5).

She made her first ever @CincyTennis final @naomiosaka moves past Mertens, 6-2, 7-6(5). pic.twitter.com/FbLCrcrP2i

“It’s been a little bit stressful, I couldn’t really sleep last night so I’m glad I was able to play at a good level,” said Osaka afterwards.

There was little sign of those moments of difficulty being on the horizon as Osaka proved the stronger on the more significant points in the first.

The two-time grand slam champion converted three of her five opportunities to break in the opener, while Mertens took just one of her seven chances by comparison.

Mertens appeared to be struggling to live with Osaka’s return speed as she let her first service game of the second set slip to fall 2-0 behind.

Yet the Belgian broke back with a scorching two-handed backhand and, after a hold to love, broke again for a 3-2 lead when Osaka sent a high backhand long.

Osaka responded as a running cross-court forehand saw her get back on serve at 4-4 and she then saved eight break points to hold for a 5-4 advantage.

Naomi Osaka and Victoria Azarenka have met three times, each at varying points of each other’s careers.

Mertens saw off a match point to force the tie-break and was on the cusp of taking the match to a decider at 5-4, only for Osaka to produce a decisive reply.

She reeled off three successive points to clinch victory with Mertens, strong against Osaka’s second serve throughout the contest, returning one into the tramlines on match point.

The match with fellow former world number one Osaka will be Azarenka’s 37th WTA singles final as she bids to win her first title since April 2016 in Miami.