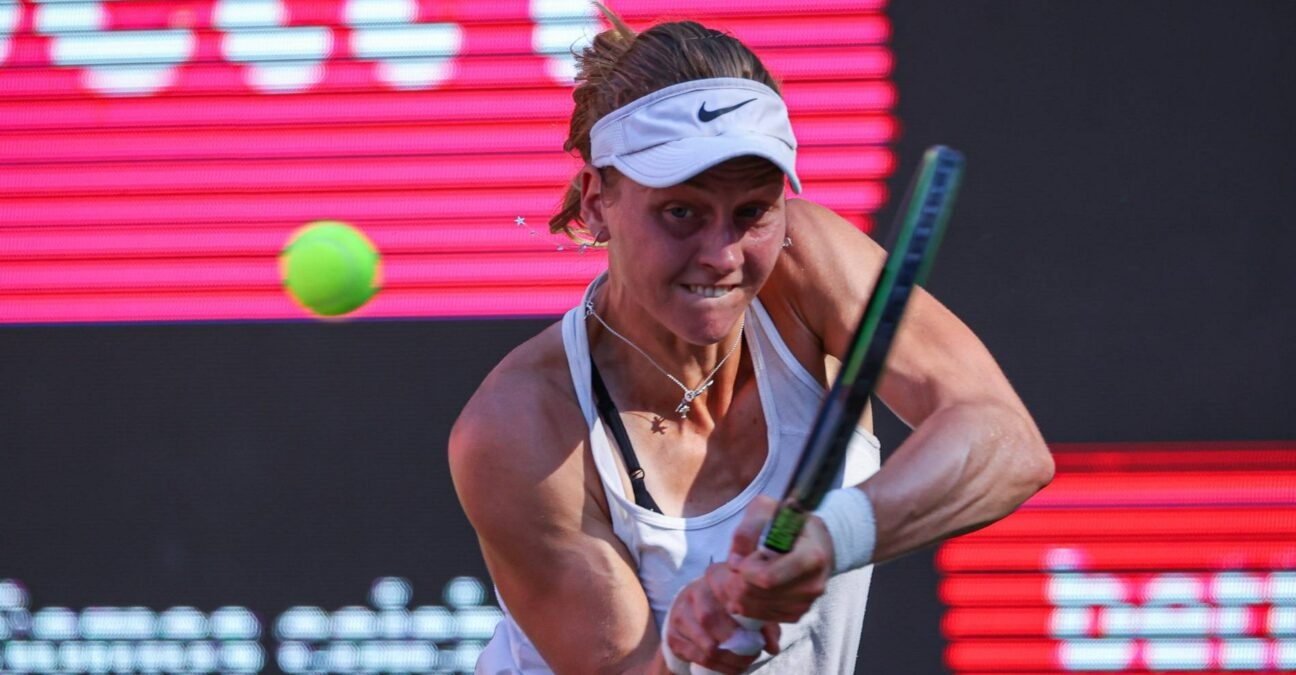 Russian qualifier Liudmila Samsonova completed a dream week as she beat world No 12 Belinda Bencic 1-6, 6-1, 6-3 to win the Bett1Open in Berlin on Sunday.

The 22-year-old world No 106 was blitzed in the first set by Bencic in hot conditions in Berlin but recovered brilliantly and held her nerve in the deciding set to clinch her first career title.

“It was amazing – thanks to my team, who were watching me at home on the TV,” said the Russian, who will be ranked No 77 on Monday. “Thanks for believing in me every day. Thank you.”

Samsonova had beaten Marketa Vondrousova, Veronika Kudermetova, Madison Keys and Victoria Azarenka to reach her first final but she looked set for disappointment when she lost the first set 6-1.

Bencic, chasing her first title in two years and fifth in all, was surprised in the second set, though, as Samsonova upped her game, going for broke on her groundstrokes, while her serve was a consistent threat.

And she stayed calm in the third to clinch victory when Bencic could only net a backhand on Samsonova’s second match point, making her the 10th first-time champion on the WTA Tour in 2021.

Bencic, who will rise to No 11 in the rankings on Monday, paid tribute to Samsonova.

“Congratulations on your first title. enjoy it. you really played a great tournament,” she said. “Thanks to my team, we did a great job being in the final in the first week on grass courts. Hopefully we can play even better in the weeks to come.”