Former world No 1 Naomi Osaka showed more signs that she’s regaining top form as she came from a set and a break down to beat Anett Kontaveit and set up a semi-final against Belgium’s Elise Mertens at the Western and Southern Open. 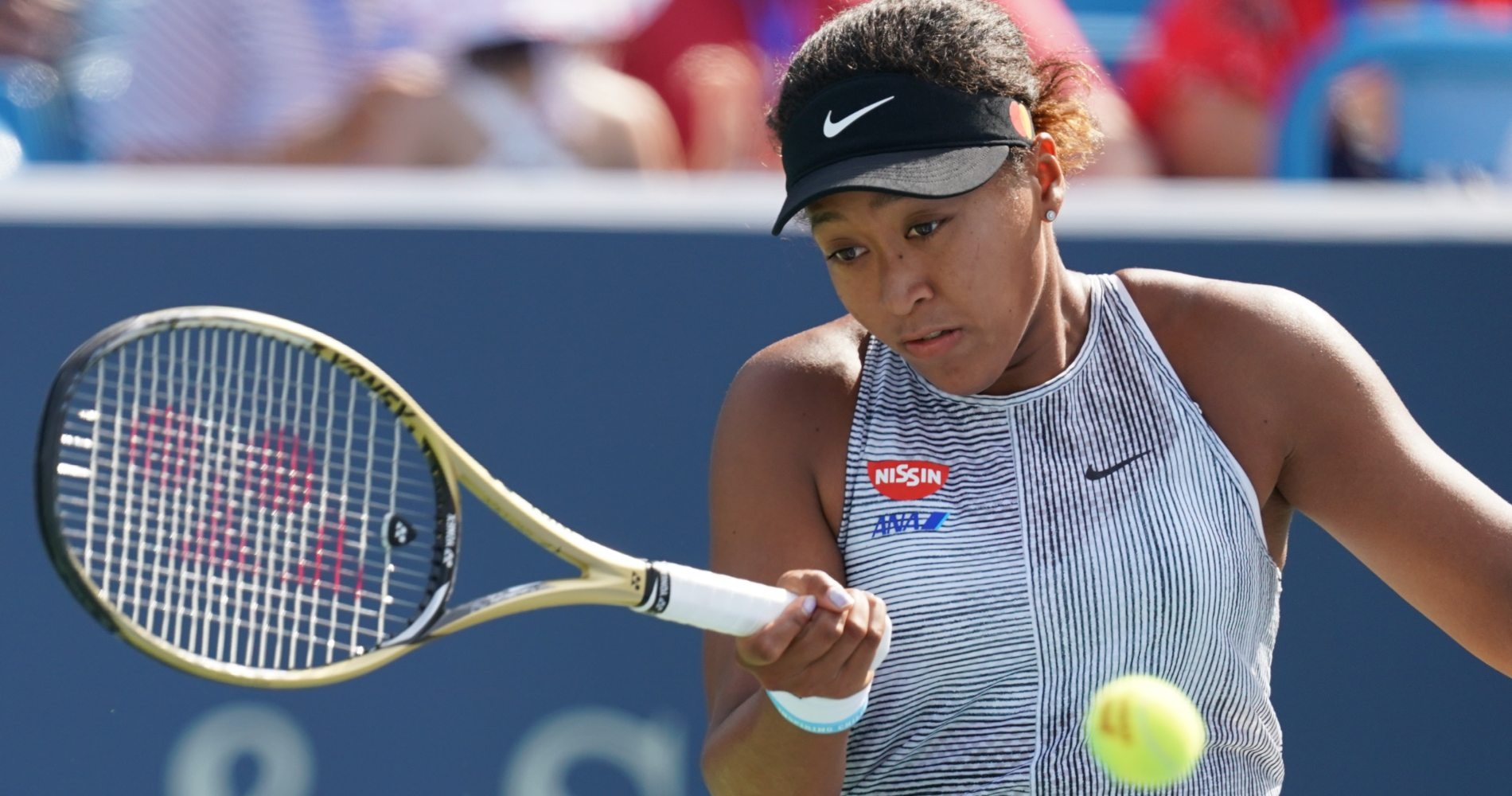 The Japanese looked in big trouble when she trailed the world No 20 by a set and 2-0, facing break points on her own serve. It was then that she found her game, just when she needed it, holding serve and roaring back to record a 4-6, 6-2, 7-5 victory, setting up a clash with Mertens, who ousted Jessica Pegula 6-1, 6-3.

With her big serve clicking nicely and her groundstrokes finding their marks, Naomi Osaka won nine games in a row took her to a 3-0 lead in the decider and though Konteveit hit back from 4-1 down and was level at 5-5, Osaka held her nerve to reach the semi-finals, one stage better than 12 months ago.

Osaka said he had been too hard on herself in the opening set and a half and made the change just in time.

“Honestly I just started thinking about how bad my attitude was and the fact that I chose to come here,” Osaka said. “We had the option not to. I was still saying really bad stuff to myself when I lost myself but I tried to balance it out with fist pumps and saying come on.”

The oppressive heat of the previous few days was replaced by far more pleasant, sunny and cooler conditions, and for a set and a half, Kontaveit took the attack to Osaka, dominating the baseline rallies with her heavy hitting.

At a set and 2-0, the Estonian, coached by Englishman Nigel Sears, had chances for a second break but it was then that Osaka woke up, lifting her aggression. Serving well and attacking whenever she could, the Japanese grew in confidence and put together nine straight games in a row to take control.

At 4-1 in the third, it seemed the match was over but Kontaveit had other ideas, breaking back and levelling at 4-4 and then 5-5. At 5-6, she led 40-15 but made a bad decision on an easy ball and Osaka made her pay, coming back to deuce and then taking her second match point to clinch victory.

Former world No 1 Osaka, now ranked No 10 and seeded fourth this week at Flushing Meadows, which is staging the event instead of Cincinnati because of Covid-19 restrictions, said her improved mental attitude under new coach Wim Fissette, helped her through on the day.

“It’s a step in the right direction,” she said. “I’m not sure if before I could have come back from a set and break down. So even though it’s kind of embarrassing right now it’s a really good sign.”

Belgian Mertens continues to play superb tennis. Having reached the final in Prague on clay before travelling to the United States, Mertens has adapted to the fast courts at Flushing Meadows with ease and on Wednesday, she was far too good for American Pegula.

Having come through qualifying, Pegula beat Lexington champion Jennifer Brady in the first round and Amanda Anisimova to reach the quarters but with her left thigh strapped, it seemed she had run out of steam and Mertens was too consistent, too aggressive and too confident.

The only chance the American had was when she recovered from an early break in the second set to level at 2-2 but Mertens regained the break and pushed on to claim another convincing victory, taking her place in the Cincinnati semi-finals for the first time.

“I started really well,” Mertens said. “She obviously had a lot of matches in her legs coming through qualifying. I felt pretty good, second set was a bit more tight, of course I wanted to win so badly, but she was serving better. I’m very happy (to be back playing). You don’t know what you have until you can’t do it. I did some kind of pre-season before I came here, I played on clay before. I’m really excited I’m able to compete and able to do what I love. It’s very special, I was in the quarters, to be in the semis is a really special feeling. I hope I can go further.”

Mertens coach Robbe Ceyssens said the 24-year-old had made some big improvements during lockdown.

“I feel like we improved her serve and her return and the shot after the serve,” he said. “Those are things, every point starts with that, so that needs to be really good and on a high level. “We were curious to see how that went into matches. But I feel now the seeded players are maybe finding their rhythm a little bit. You can also see it in this tournament that the seeded players — well, not all of them, but a few seeded players, they lost their matches early. So they are struggling to find rhythm, as well. They maybe haven’t got the tournament in Prague, so maybe this one was the first tournament.

“We also had our first tournament in Palermo, and there Elise was struggling a little bit to find her rhythm there. So as soon as the seeded players get their matches in, I’m sure they will raise their level and, yeah, they will be there.”