Sabalenka sets up Barty rematch in Madrid after easing past Pavlyuchenkova

In a rematch of the Stuttgart Open final, Aryna Sabalenka will face top seed Ash Barty in the Madrid Open showpiece on Saturday 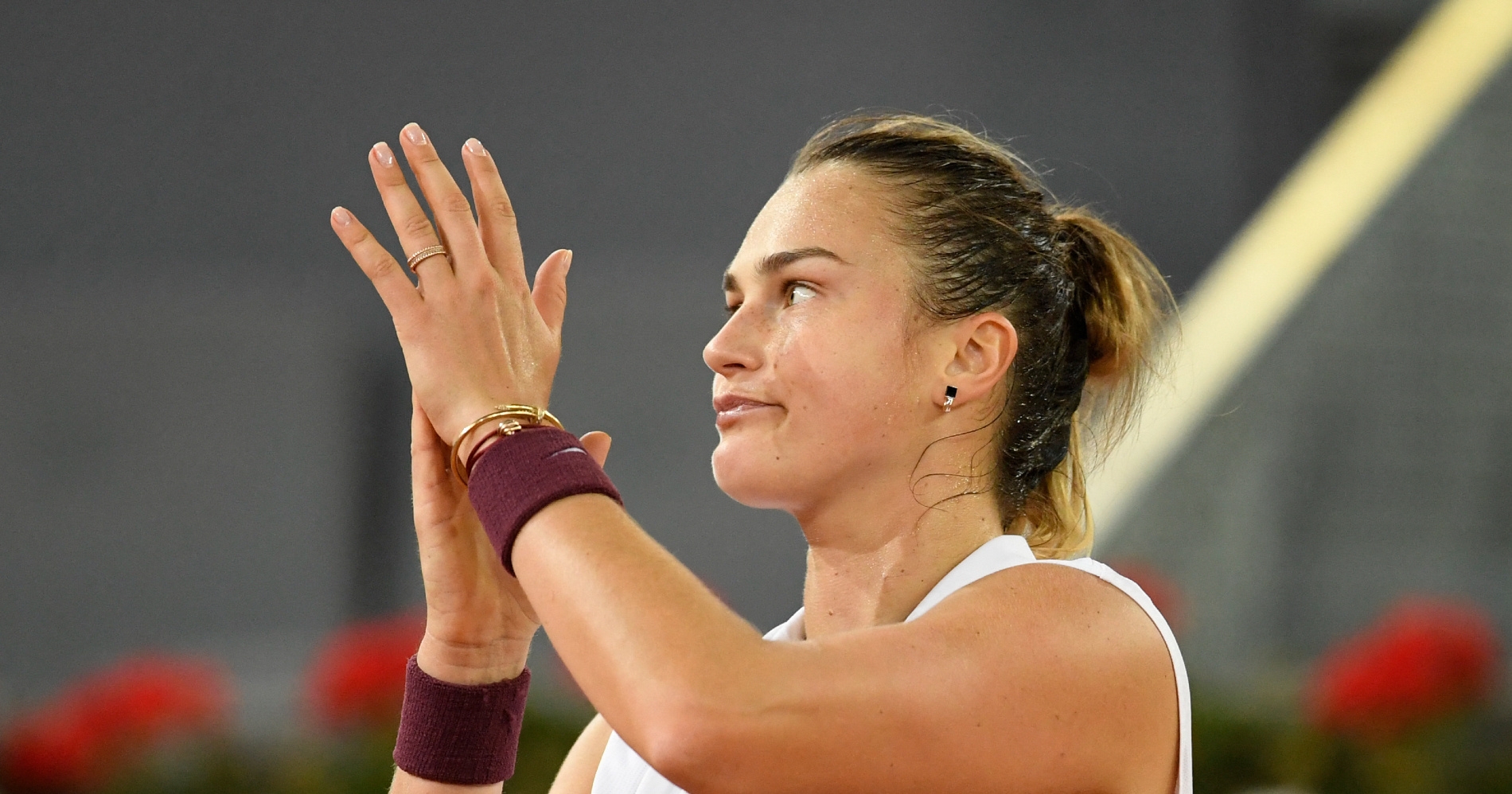 Aryna Sabalenka will have a shot at redemption when she faces top seed Ash Barty in the Madrid Open final after beating Anastasia Pavlyuchenkova in straight sets on Thursday.

World No 7 Sabalenka squandered a one-set lead to lose to Barty in the Stuttgart Open final two weeks ago.

But she will have another crack at winning silverware in the Spanish capital in Saturday’s final against Barty, who saw off Spaniard Paula Badosa in straight sets in the other last-four match.

“I’m looking forward to the final,” she said in her on-court interview. “First of all I will have a good rest and do everything I can to prepare myself as good as I can. It’ll be really interesting to play another final against Ash. I think it’ll be a great battle. I think everyone coming here can see themselves winning the tournament. I’ll do my best.”

Semifinal success in Spain for Sabalenka!

@SabalenkaA storms into her third final of the season, defeating Pavlyuchenkova 6-2, 6-3!

The Belarusian has yet to drop at set at the @MutuaMadridOpen pic.twitter.com/SeyeVDZ9eZ

Sabalenka had not dropped a single set in Madrid in the lead-up to the semi-final and that remains the case after cruising past Pavlyuchenkova in a little over an hour.

The fifth seed converted four of her five break points and won 73 per cent of her second-service points.

Pavlyuchenkova, ranked 41st in the world, lost serve in the fourth and eighth games of the opening set and failed to hold on her first two service games in the second set.

Despite breaking Sabalenka in the seventh game, the Belarussian proved far too strong for her opponent and got over the line with a fourth ace of the match to reach her third final of the season.