No fans, no problem. The 31st meeting of the Williams sisters was different than all the rest in some ways, but business as usual in others. 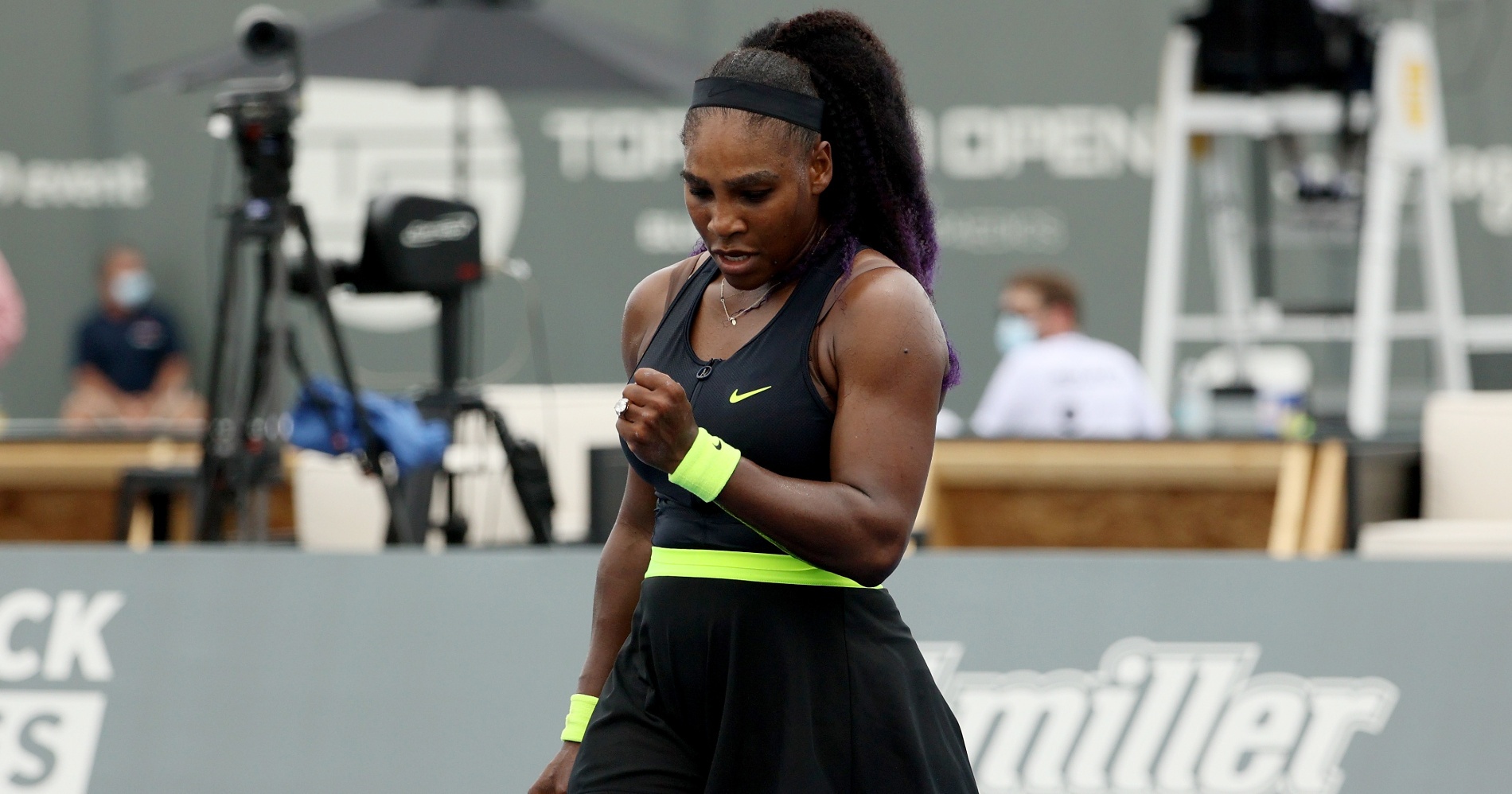 The 31st meeting between legendary sisters Serena and Venus Williams may go down as the strangest one. After a five month break due to a global pandemic there were no fans, no expectations and the match concluded with a socially distanced post-match racquet tap in place of a handshake.

And yet much of the contest, which featured mind-bending ball-striking that looked more mid-season than pre-season, felt familiar in many ways.

While the circumstances of tennis in the age of coronavirus have disrupted nearly all normal tennis practices, the “new normal” did not keep the Williams sisters from demonstrating their world-class tennis as they locked horns in a fiery tussle in Lexington that saw the younger sister prevail 3-6, 6-3 6-4.

“There’s no crowd, so it kind of makes it super relaxing,” Serena said after improving to 19-12 lifetime against Venus, adding that her sister simply “Played unbelievable.”

“She’s doing so good,” the 38-year-old younger sister said. “I honestly don’t know how I was able to pull it out in the end, she fought well.”

Williams said the victory meant a lot for her because she was able to sneak away with a victory in a match that could have gone either way. She said it will be good for her confidence going forward, as she eyes her appearance at the US Open later this summer.

“I honestly didn’t come here to win for the first time in my career,” she said. “I just came here to get some matches and see what happens – I haven’t had this much time off since the baby.”

.@serenawilliams talks about wanting to win today for her game and her confidence. #TSOpen pic.twitter.com/xBVJJF0Nsu

For two hours and 19 minutes the pair engaged in punishing rallies, with each holding the upper hand for stretches, but never fully taking control.

After Serena forced the pair’s first decider since their quarter-final at the 2015 US Open, and 12th overall, Venus took the lead and reeled off three games to lead 4-2 in set three.

But Serena would not be denied. The WTA’s active leader in three-set winning percentage rallied to level and then broke for 5-4 with a stunning backhand down-the-line pass that was punctuated with a vintage “Come on!”

An ace gave Serena her first match point at 5-4, 40-30 and it would prove to be all the 23-time major champion would need. She drew an error from her sister and concluded the victory to book her spot in the quarter-finals.

With a combined age of just over 79 years, the Williams sisters now hold the record for the third-oldest combined age in a WTA match, and the oldest since 2004. Four players in the draw – Coco Gauff, Leylah Fernandez, CiCi Bellis and Marie Bouzkova – were not even born when the sisters first met at the Australian Open in 1998.

Williams will face Shelby Rogers in the last eight at the Top Seed Open.