The quarter-finals at the Porsche Tennis Grand Prix are loaded with top 10 talent and offer four quality match-ups that have never before occurred on clay. Join us for a breakdown of Friday’s popcorn battles 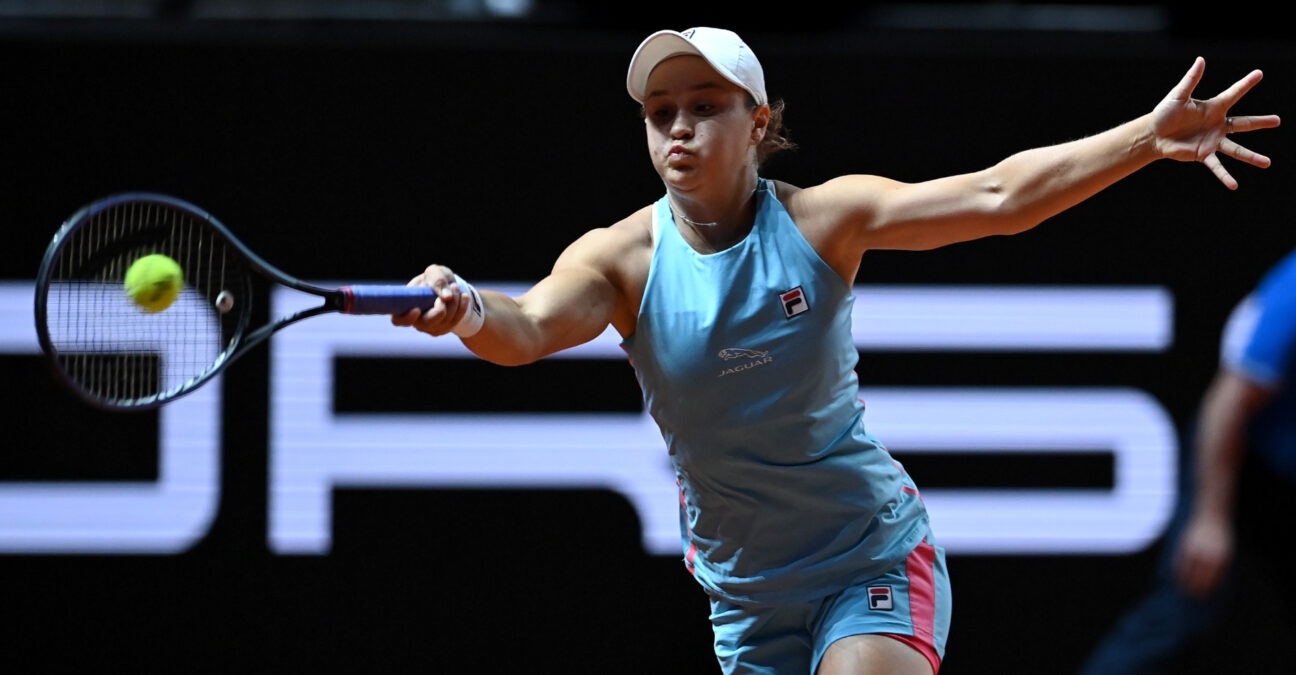 The quarter-finals at the Porsche Tennis Grand Prix it Stuttgart are packed with talent. Six top 10 players have reached the last eight, along with world No 27 Anett Kontaveit and world No 34 Ekaterina Alexandrova, which makes for a popcorn worthy slate of matchups on Friday that should give us good information about who might be building critical momentum on the Road to Roland-Garros. We’ll also get four first-time match-ups on clay.

Let’s have a look at all four match-ups:

Barty and Pliskova have plenty of experience facing each other, but it should be extremely interesting to see which player can have success on the fast-playing clay in Stuttgart. Barty was solid in her debut, taking out Laura Siegemund 6-0, 7-5, but that single match makes up her full body of work in Germany. It’s safe to say she hasn’t had a lot of experience in what can be a very tricky place to play.

Not a cow on ice

Never mind the lack of experience. Barty says she’s playing stress-free right now, and knows that she has plenty of time to gain her comfort on the clay this spring, with events in Madrid and Rome still to come before Roland-Garros.

“For me it’s certainly no stress or concern if I don’t feel 100 percent comfortable now, we look to keep building over the next month or so and then once we hit the Parisian clay I feel like then we want to feel like we’re comfortable, fully trusting all the movements,” she said. “It does take some time. I don’t feel like I’m a cow on ice by any means. Each match you get better and better, you get used to the uneven surface under your foot, but yeah with each match that experience will come and that comfort will come.”

Pliskova, meanwhile, is a 2018 Stuttgart champion and she owns a 10-3 lifetime record at the event. That calling card should work in her favour, but then again, this type of clay (slippery, faster than typical red stuff), which rewards solid serving and first-strike tennis, should be right up Barty’s alley. This match should come down to execution, and confidence – we’ll see who has more of it.

It should be interesting to see how Svitolina, one of the craftiest counterpunchers on the WTA Tour, finds ways to defend against the Czech juggernaut, who really seems to be finding her footing on clay at this stage of her career. Kvitova has gone 31-7 on clay since the beginning of 2018, and let’s not forget that she is the defending Stuttgart champion and generally thought to be one of the best indoor players in the game.

Svitolina comes off an extremely impressive win over Angelique Kerber on Thursday, but she’ll face an altogether different level of aggression against the world No 10 on Friday. This is a chance to notch a massive win and generate some momentum for the clay season for Svitolina.

But advantage Kvitova, who has history on her side in Stuttgart, and really loves to play this event.

“Definitely because it’s indoor, I love to play indoor for sure, and it’s a bit fast as well,” she said. “It just seems that if I’m playing aggressive it’s really paying off and that’s [why] I think it’s pretty fast, the surface, as well. I played well, even before I won it, but I never really went as deep as last time that I won it. I really enjoyed it, overall the tournament it’s just great, even in a bubble.”

Aryna Sabalenka has never claimed a clay-court title in her career, but she’s looked pretty comfortable through two rounds in Stuttgart, where she has yet to drop a set. The Belarusian will have the edge when it comes to belief, thanks to her three wins in three tries against Kontaveit, but the Estonian is in very solid form this week. Kontaveit won an impressive 37 of 43 first serve points against last year’s Roland-Garros runner-up Sofia Kenin on Wednesday, and if she can serve like that against Sabalenka we could be looking at an epic quarter-final battle.

Sabalenka is the more reliable player of late but it is Kontaveit who enters the match with the slightly better clay-court pedigree.

Simona Halep has had trouble with the heavy-hitting Russian before, but the pair have never met on clay, the surface on which the Romanian thrives. Halep is extremely happy to be back on her favourite surface and she told reporters on Thursday that she is feeling healthy after taking two weeks to rest her ailing shoulder.

Her confidence on Friday will be aided by her victory over Marketa Vondrousova today in Stuttgart. The Czech had won both previous matchups with Halep but the world No 3 was fast out of the gates as she notched a decisive 6-1, 6-3 victory.

“I feel good,” she said. “I had a long time before this tournament, to recover my body, and I did everything I could just to get ready for the matches, with the shoulder with the back, with everything. I feel good. Hopefully pain stays away and I can play my matches… I still say that I have to wait, and to play some matches and to see if my shoulder is okay.”