A first time Grand Slam champion at the 2020 Australian Open, Sofia Kenin definitely has future world No 1 potential. Here is all you need to know about the American 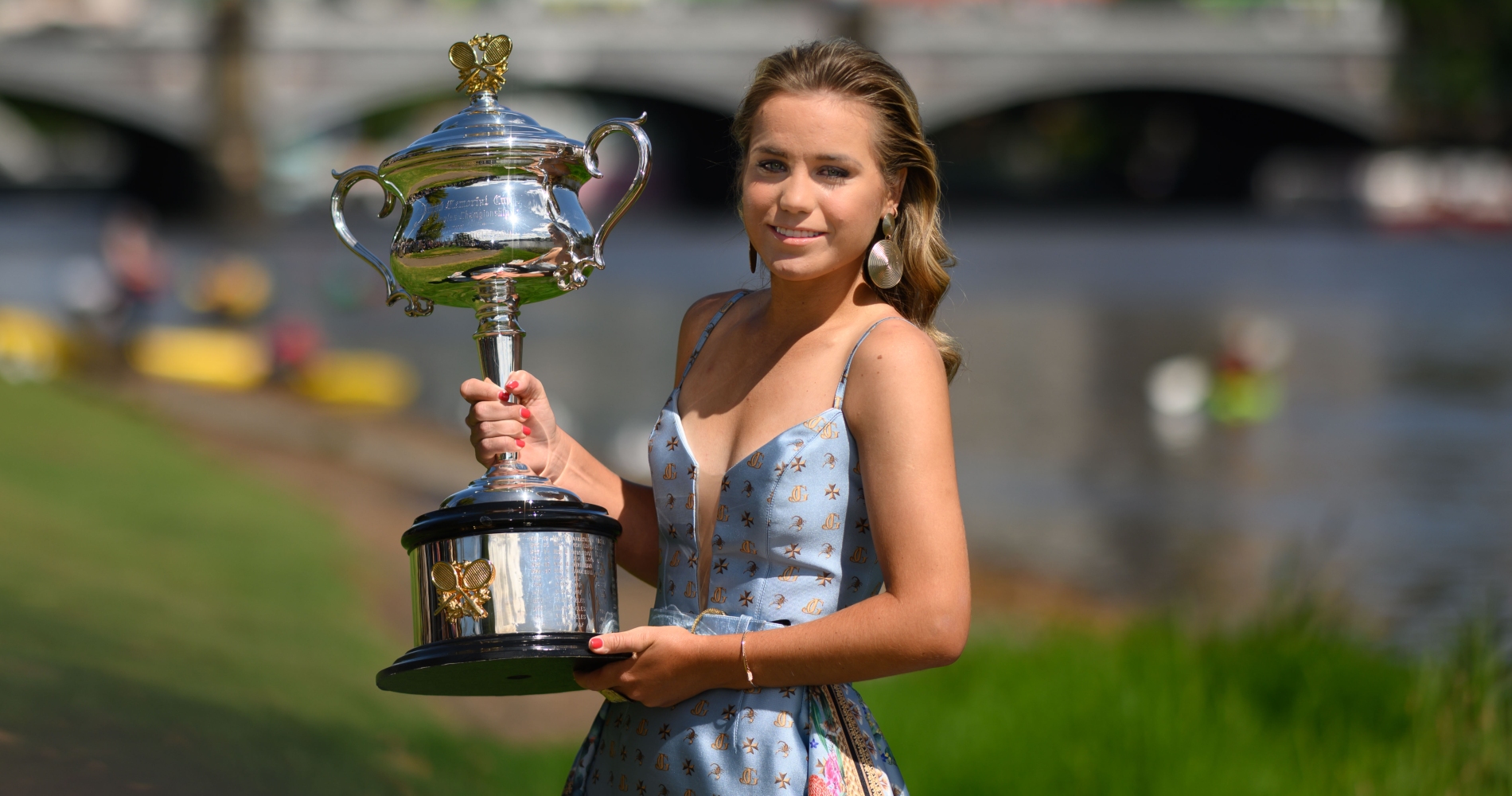 What happened to Sofia Kenin at the Australian Open in 2021?

First the defending champion lost to Kaia Kanepi in the second round; then, a few days later, she was diagnosed with acute appendicitis and had to have an operation to remove the appendix.

Hey guys! I want to share with you what happened to me a few days ago..

Where does Sofia Kenin come from ?

Sofia Kenin was born in Moscow, Russia on November 14, 1998. Her parents, Alexander and Svetlana Kenin, who settled in New York in 1987, had come back in Russia for her daughter’s birth to receive financial help from their family during the first months. They returned in the United States a few months later. She still lives in Florida, in Pembroke Pines, where she was home-schooled.

Is Kenin an American citizen?

Kenin only has an American passport, despite her Russian origins and the fact she was born in Moscow. “I’m a rising star for American tennis, she told the New York Times in a feature during the 2019 French Open. I’m really proud to represent my country and hopefully I can keep going higher.” She was first selected into the American Fed Cup team for the 2018 final against Czech Republic. She lost her two singles rubbers to Barbora Strycova and Katerina Siniakova, leading her country to a 3-0 sweep loss in Prague.

After claiming her first Grand Slam title at the 2020 Australian Open, she made the US team for the tie against Latvia, counting for the 2020 Fed Cup qualifiers. She won her first singles match against Anastasija Sevastova, lost her second to Jelena Ostapenko and secured the decisive point in doubles with Bethanie Mattek-Sands.

Sofia Kenin is sometimes called Sonya, her nickname. Her official website is registered under the name sonyakenin.com.

Kenin is 5’7” (170cm) tall, according to her profile on the WTA official website.

Who is Kenin’s coach?

Kenin is coached by her father Alexander. As a recreational player, he transmitted his passion for tennis to her. With his wife Svetlana, a qualified nurse in the USSR, they applied several times for exit visas and passed upon Austria and Italy before arriving in New York in 1987. They had 286 dollars in their pocket. Alexander studied computer programming during the day and worked for a car service during the night. He moved to Florida with his family so his daughter Sofia could train with Rick Macci, the former coach of Andy Roddick, Jennifer Capriati, Maria Sharapova and the Williams sisters. Kenin was coached by Macci from 7 to 12 years old. Nick Bollettieri also coached her briefly.

Kenin played her first WTA match at the 2015 US Open, which resulted in a first-round loss to Mariana Duque-Marino. She was granted a wildcard after winning the USTA Girls 18s National Championship. Kenin turned pro in 2017. She had loads of success in US junior categories. She debuted among the U10 at age 7 and then was ranked No.1 in the country in U12, U14, U16 and U18. Ranked as high as world No. 2 in juniors, Kenin won the Junior Fed Cup winning all rubbers she played (three singles and two doubles) as well as the Orange Bowl in 2014. She reached the 2015 Girls’ US Open final.

Why was Kenin famous at the age of 6?

Kenin met many tennis celebrities during her childhood. She took a picture with Anna Kournikova when she was only 6 years old. She took part in an doubles exhibition match with Jim Courier against Venus Williams and Todd Martin. Kenin was also given a backstage tour of the Miami Open venue by none other than Kim Clijsters.

What are Sofia Kenin’s biggest career achievements to date?

Sofia Kenin won her first Grand Slam title at the Australian Open in 2020, beating home favourite Ash Barty in the semis and then taking out Garbine Muguruza in the final. The Russian also reached the final at Roland-Garros in October, losing to Iga Swiatek of Poland. She has won five career titles.

What is Kenin’s net worth?

As of August 23, 2021, Kenin had earned more than 7 million dollars in prize money in tournaments on the pro tour, according to the WTA. She made more than half her total prize money in 2020 only thanks to her Australian Open win and (to a lesser degree) her run to the final at Roland-Garros.