WTA 500: Venus leads way into second round as tennis returns to Australia

Venus Williams and three other Americans were among those to progress to the second round of the Yarra Valley Classic. 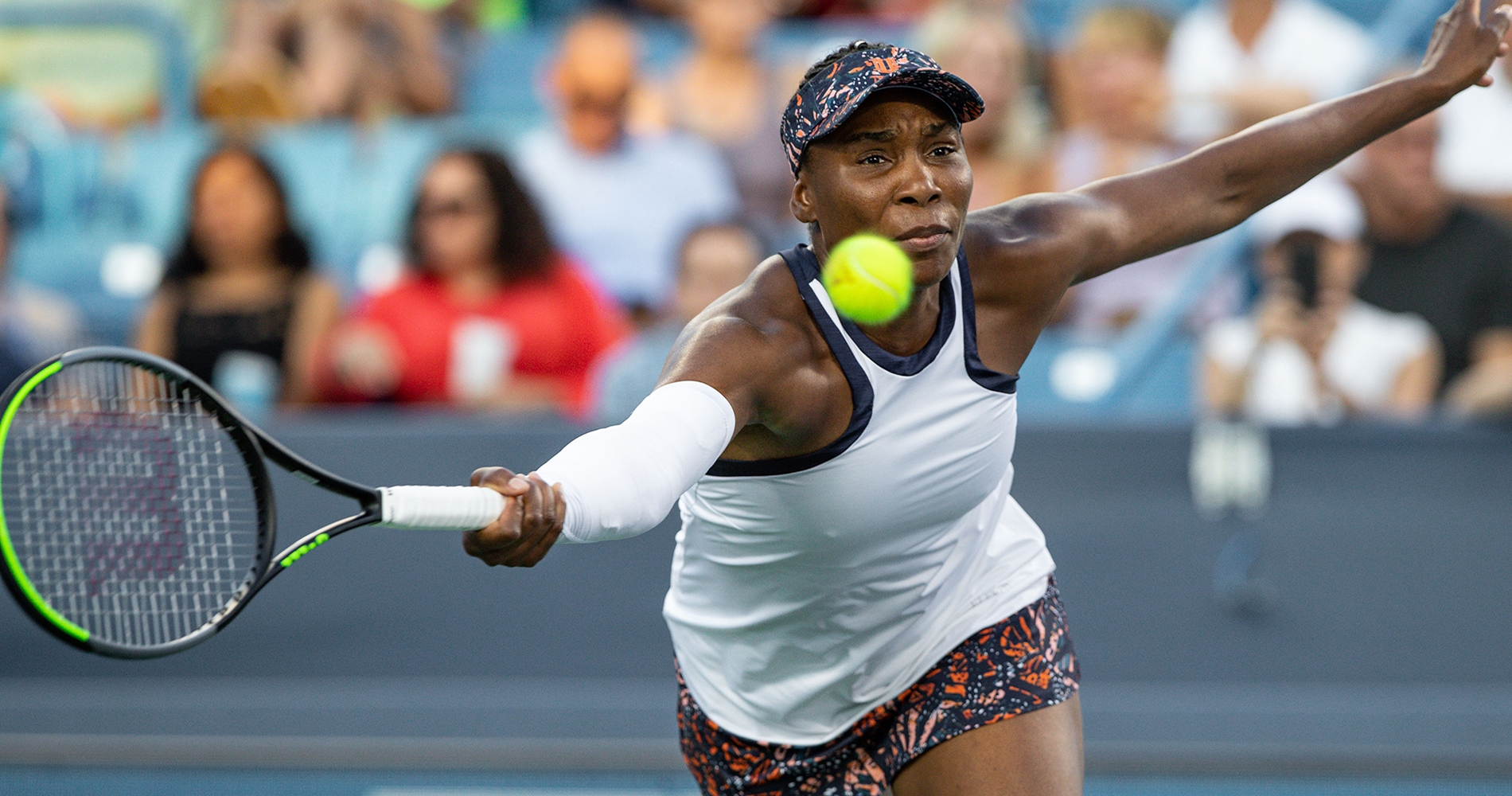 August 16, 2019, Mason, Ohio, USA: Venus Williams (USA) reaches for a shot in the corner during Friday’s quarterfinal round of the Western and Southern Open at the Lindner Family Tennis Center, Mason, Oh.

Venus wins on return to Melbourne

The WTA 500 event marks the first tennis played in Australia in 2021. In Melbourne, seven time Grand Slam winner, Venus Williams won her first match since Roland Garros. Her opponent Arantxa Rus was outclassed as Venus hit 18 winners. The 6-1, 6-3 victory came in a little under an hour and moves Venus, the oldest player in the draw, onto the second round. There waits a fascinating tie against Petra Kvitova who is currently World No.9. After the match Venus said:

“It’s awesome to be back, I love Australia, it’s a beautiful moment. It’s so hard to play the first match of the season, and I just think that maybe I just handled the nerves a little bit better.”

Americans impress on the opening day

At the start of the day, Danielle Collins swept past Belgian Ysaline Bonaventure in just 75 minutes to grab her first victory of 2021. The World No.46 managed a straight set victory by breaking her opponents serve twice in each set.

Collins was the first of four Americans to progress to the second round on the first day. Shelby Rogers was able to overcome No.12 seed Fiona Ferro in a 6-2, 7-5 victory. Ferro became the first seed to be knocked out in Melbourne. Whilst Ferro led 4-1 in the second set, Rogers came back to win easily, without having to face a set point. Another upset came late in the day, with Jessica Pegula beating No.15 seed Kristina Mladenovic in straight sets to join her compatriots in te second round.

Two of the top 5 seeds will join the second round, Karolina Pliskova and Serena Williams recieved first round byes and will play their ties on Monday.

In another Australian Open warm up competition Jelena Ostapenko reached the second round of the Gippsland Trophy. The former French Open champion overcame Italian Sara Errani despite struggling in the first set. She posted six double faults in the opening set but managed to secure the victory in under two hours. She joins big names such as Simona Halep and Naomi Osaka, both given first round byes, in the second round.

Halep will face teenager Anastasia Potapova in the second round after she swept away Whhitney Osuigwe 6-3, 6-0.

Elsewhere, Kaia Kanepi survived a potential upset against Astra Sharma. The Australian was just two points from victory in the second set before Kanepi discovered some momentum to win in three sets.

All players in both competitions have recently completed their two week stint in quarantine. They would have been itching to get onto the court in preparation for the first Grand Slam of 2021.