Home » News » “This match will make me a champion”: Coco Gauff already looking to the future

“This match will make me a champion”: Coco Gauff already looking to the future

Coco Gauff, 17, was knocked out in the quarter-finals of the French Open by Barbora Krejcikova (7-6, 6-3). She told a press conference that this match will help her become a great champion 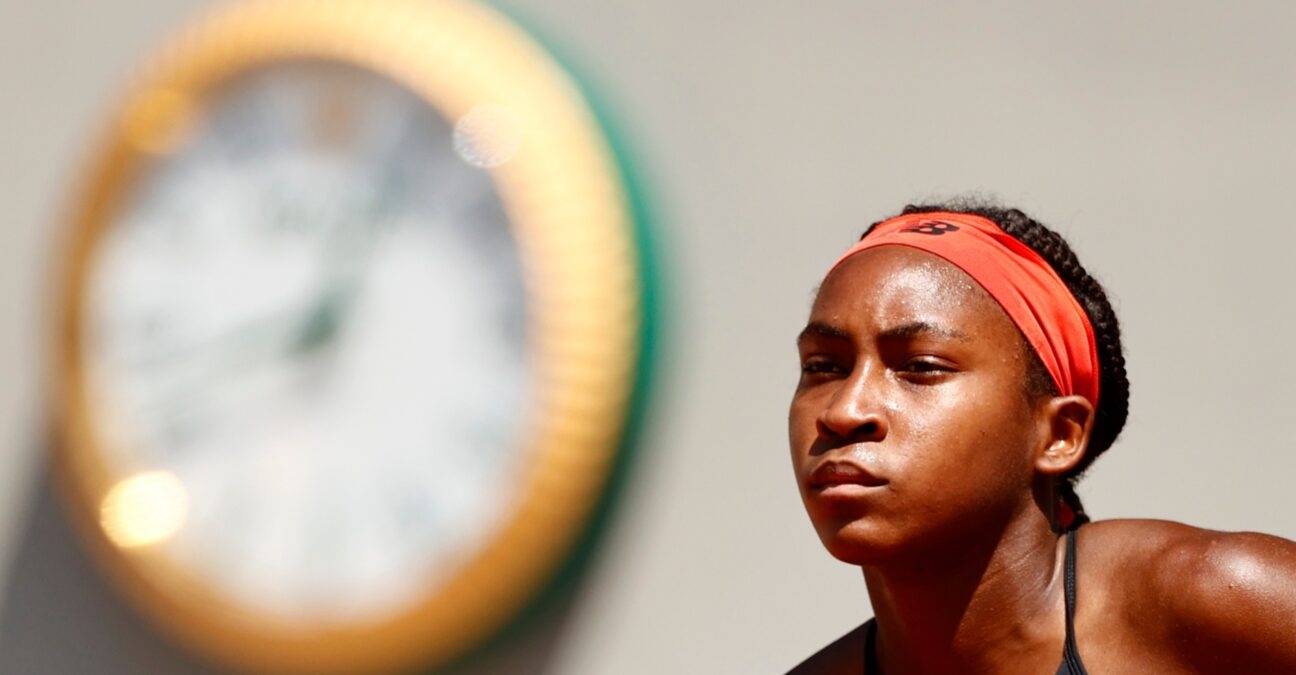 “I never lose. I either win or I learn.” This quote from Nelson Mandela applies perfectly to Coco Gauff’s mentality. The 17-year-old American reached the quarter-finals of the French Open for the first time in her career. And although she lost to Barbora Krejcikova, Gauff arrived at the her post-match press conference in a positive frame of mind.

“To be honest, it’s in the past, it already happened,” she said. “After the match, my hitting partner, told me this match will probably make me a champion in the future. I really do believe that.”

After missing five set points in the first set, which Krejcikova eventually won in a tie-break, the American fell behind 5-0 in the second, losing 14 consecutive points. But she didn’t give up and came back at 5-3 before losing – a fighting attitude that she is pleased with.

“I kind of always had that thing – I never want to give up,” she explained. “Today I really did fight till the last point. I’m proud that I didn’t give up because I could have easily gave up at 5-0 or 5-1.

“Yeah, I think losing these matches are going to pay off in the future. I think if I continue fighting like this, other players, maybe if they do have the lead, will start to get nervous because they know I’m not going to give in.”

Her first Grand Slam quarter-final at Roland Garros is the culmination of a great clay-court season. The American reached the semi-finals of the WTA 1000 in Rome, where she only lost to Iga Swiatek, and she won the second title of her senior career in Parma.

“Obviously it was a great season. In the future, I mean, I just want to keep continuing to get better. Hopefully next year I’ll be better.

“But I think that I’ve learned a lot over this swing and I have a lot that I can take with me later into my next tournaments later this year.”