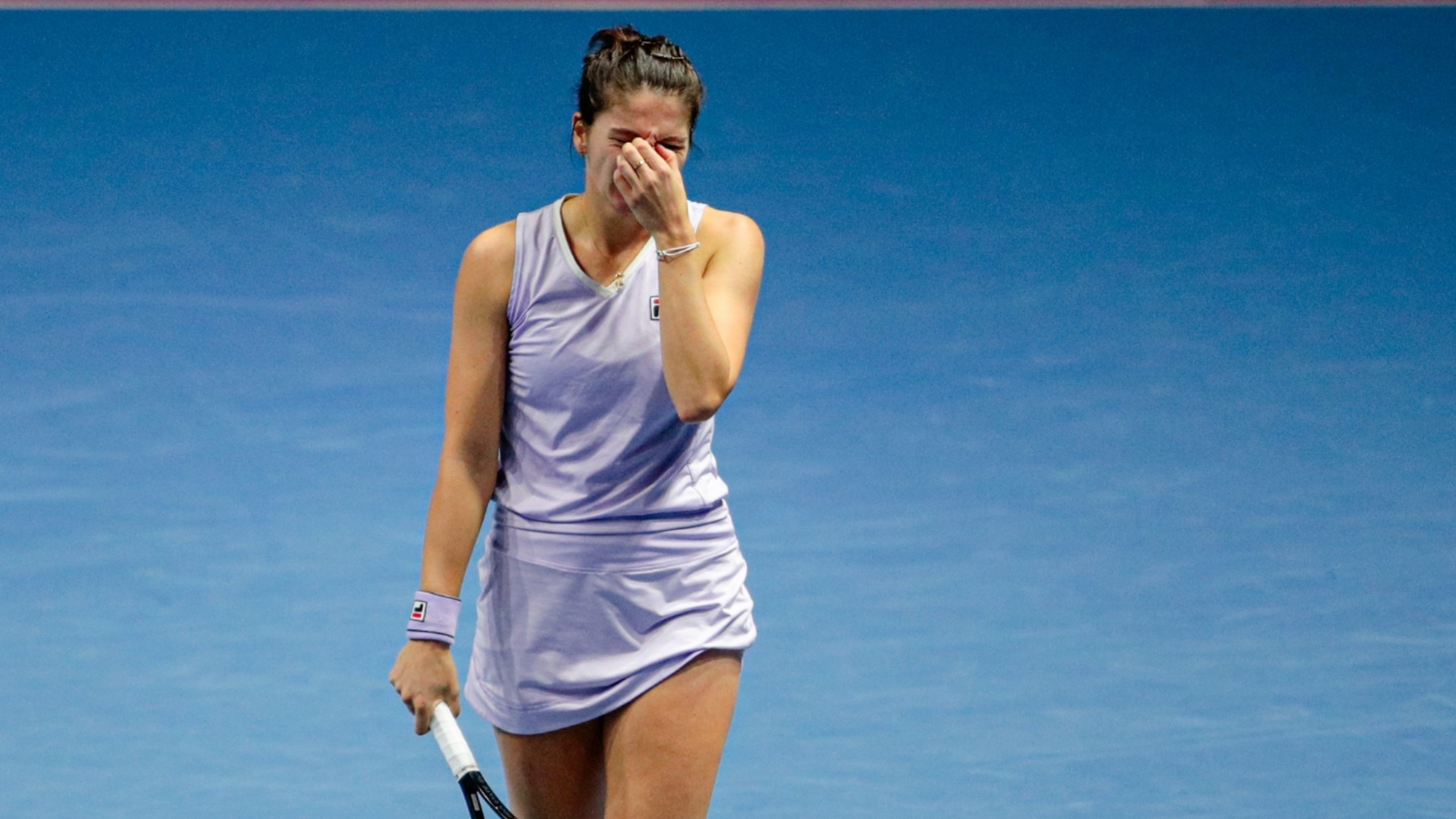 Daria Kasatkina and wildcard Margarita Gasparyan sank the top two seeds at the St Petersburg Ladies Trophy, where the semi-finals will be all-Russian showdowns.

Ekaterina Alexandrova, the number one seed, fell 6-2 7-5 to Gasparyan, before former top-10 star Kasatkina continued her recent revival by landing a 1-6, 6-1, 6-2 victory against Veronika Kudermetova.

Friday marked the first time at a WTA tournament that as many as seven of the final eight players have been Russian, and the day’s opening clash produced a significant upset.

It was a valid reminder of what might have been for world number 126 Gasparyan, who like Alexandrova is 26 years old but has struggled massively with injuries over the years.

Gasparyan was particularly helped by her superior form on first serve in the opening set, putting 72.7 per cent in court to 44 per cent by her opponent and winning 75 per cent of points when landing that delivery.

A topsy-turvy second set saw a total of seven breaks between the two players, but Gasparyan’s 4-3 advantage in that respect helped her clinch a first WTA 500 semi-final appearance.

For the first time at @Formula_TX, a Russian WTA singles champion will be crowned in St. Petersburg!

Who makes it to the #FormulaTX final?

Up next for her is 36-year-old Vera Zvonareva, the former world number two who beat Anastasia Gasanova 6-3, 6-1, saving six of seven break points en route to victory.

Romania’s Jaqueline Cristian was the final non-Russian player left in the draw and she certainly tested Svetlana Kuznetsova, but ultimately the 35-year-old fourth seed prevailed 6-7 (5-7), 6-3, 6-3.

Next for former US Open and French Open winner Kuznetsova will be Kasatkina, who rounded off the day by shaking off a slow start to look highly impressive against second seed Kudermetova.

The 23-year-old Kasatkina has endured a couple of lean years since entering the top 10 in October 2018 but landed a title last month at the Phillip Island Trophy.

Rally COMPLETE @DKasatkina comes from behind to make her third St. Petersburg semifinal!

Asked how she came back from being trounced in the opening set by Kudermetova, Kasatkina said on Amazon Prime: “I think it’s just women’s tennis and this is what tennis is all about. It took me some time to get into this match but at the end I won it.”

As for how Saturday’s clash with Kuznetsova might play out, Kasatkina said: “We trained many times together but never played in an official match so it’s hard to say.”