There were no handshakes, players handling their own towels and less ball kids in Palermo on Monday, but it did not bother Donna Vekic. 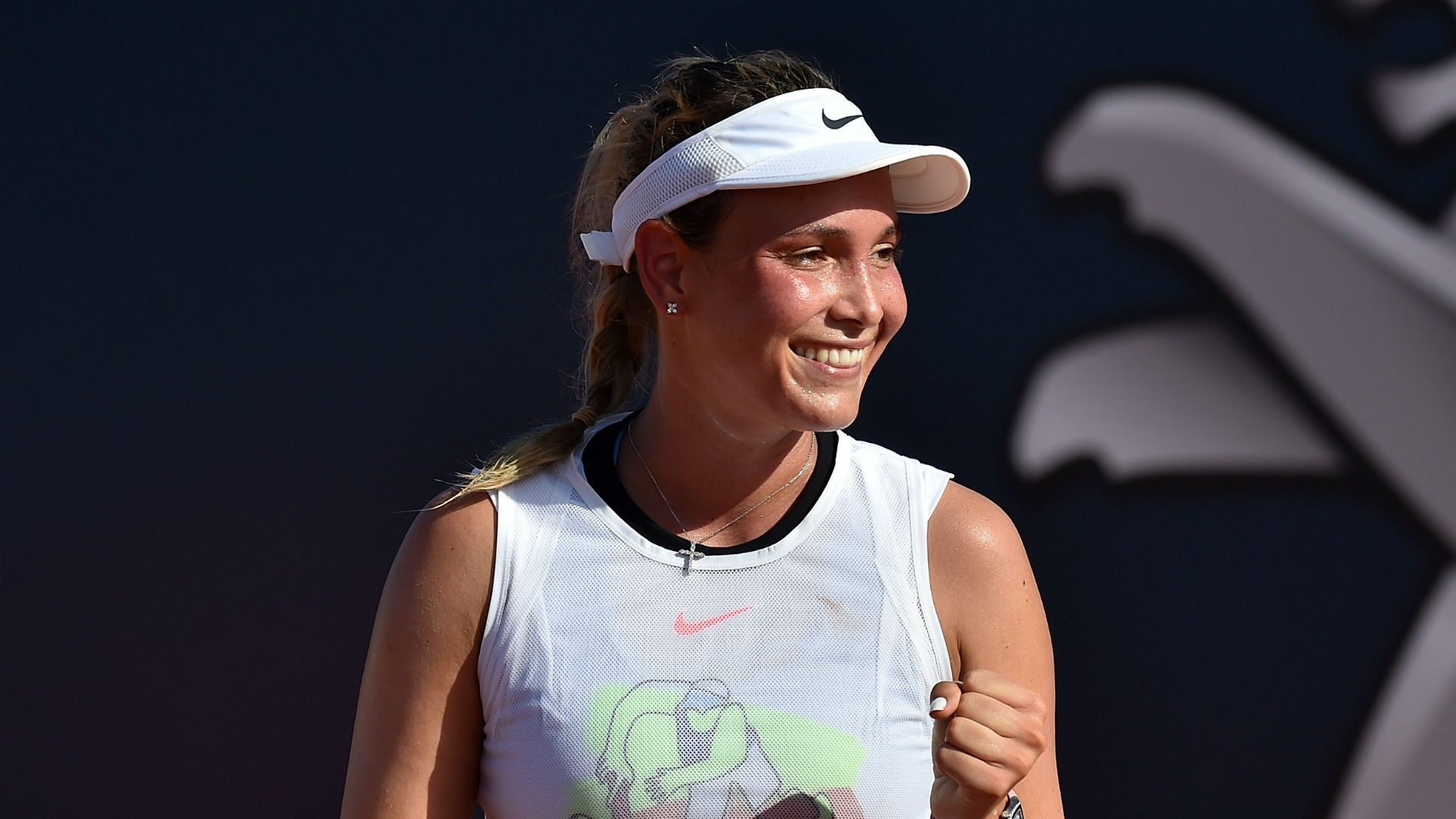 A relieved Donna Vekic was simply happy she “didn’t forget how to play tennis” after easing to the first main-draw win on the WTA Tour for five months at the Palermo Open.

Vekic made up for lost time on Monday following a coronavirus-enforced hiatus, thrashing Arantxa Rus 6-1 6-2 two days after qualifying in Sicily marked the official return of professional tennis.

There was only a small number of people to witness the action, players handling their own towels, no handshakes as well as a smaller team of ball kids and line officials, but Vekic clearly had no problem adapting.

The sixth seed from Croatia said in a post-match video call: “I’m definitely a little bit surprised [at the margin of her victory].

“It was very tricky conditions, it was very windy so the ball was a little bit all over the court. I’m just definitely happy that I didn’t forget how to play tennis, how to play matches, how to win. It’s a huge relief.”

Sara Errani, Laura Siegemund, Ekaterina Alexandrova, Jasmine Paolini, Dayana Yastremska and Elisabetta Cocciaretto also made it through to the second round.

Third-seeded Maria Sakkari of Greece was not so lucky, she was toppled by Kristyna Pliskova 6-4 6-4 on the night’s final match, which ended well after 1 AM.

Nevertheless it has a relief for organisers to see the action get under way just a couple of days after an unnamed player tested positive for COVID-19.

Wimbledon champion Simona Halep was among a host of players to withdraw from the first tournament since March due to concerns over coronavirus.