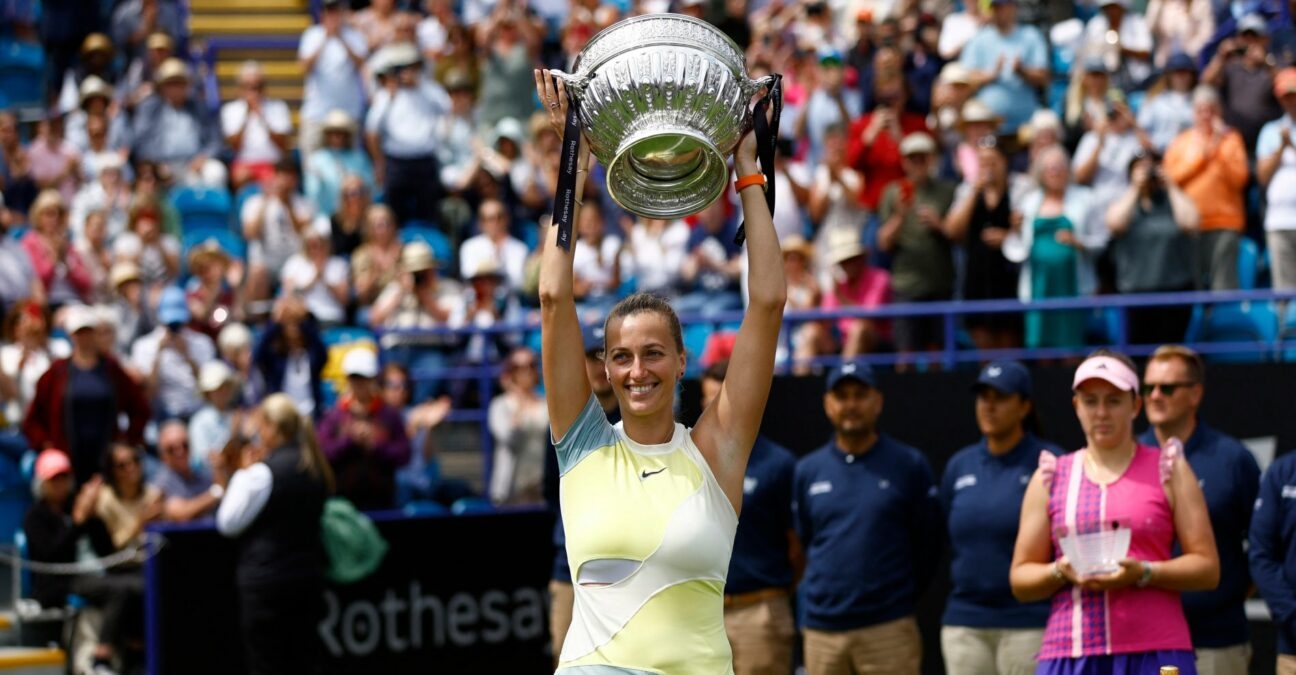 How old is Petra Kvitova?

How tall is Petra Kvitova?

Who all are in her family?

Kvitova’s parents are Jiri and Pavla. She has two brothers, both older than her, Jiri and Libor. Kvitova’s current coach is Jiri Vanek.

Who are her tennis heroes?

As a child, Kvitova admired Martina Navratilova – another great left-handed player who was also born in Czechoslovakia.

When did she begin her tennis career?

The Czechwoman played her first ITF events in 2006, and won two singles titles. She played in her first WTA main draw in 2007, losing in the Stockholm first round to Marta Domachowska of Poland.

How many Grand Slams has Kvitova won?

She also reached the final of the Australian Open in 2019, losing to Naomi Osaka, and has made the semi-finals at Roland-Garros twice in her career – 2012 and 2020.

Why did Kvitova miss the first half of the 2017 season?

Petra Kvitova was attacked by an intruder with a knife at her own home, and suffered severe injuries to her left hand. She underwent remedial surgery and returned to action in May 2017. The man who stabbed her has since been jailed for 11 years.

How many titles has Petra Kvitova won?

The Czech left-hander has won 29 WTA singles titles as of June 27, 2022. Her most recent title came at Eastbourne in June 2022 after she beat Jelena Ostapenko in the final.

What is her career high ranking?

Her career-best ranking is world No 2, which she achieved for the first time on October 31, 2011. You can find her current ranking and her ranking history on her WTA Tour profile page.

The Czechwoman has accumulated total prize money of more than $34 million over the course of her career. You can find her updated prize money stats on her WTA Tour profile page.

Is Kvitova on social media?