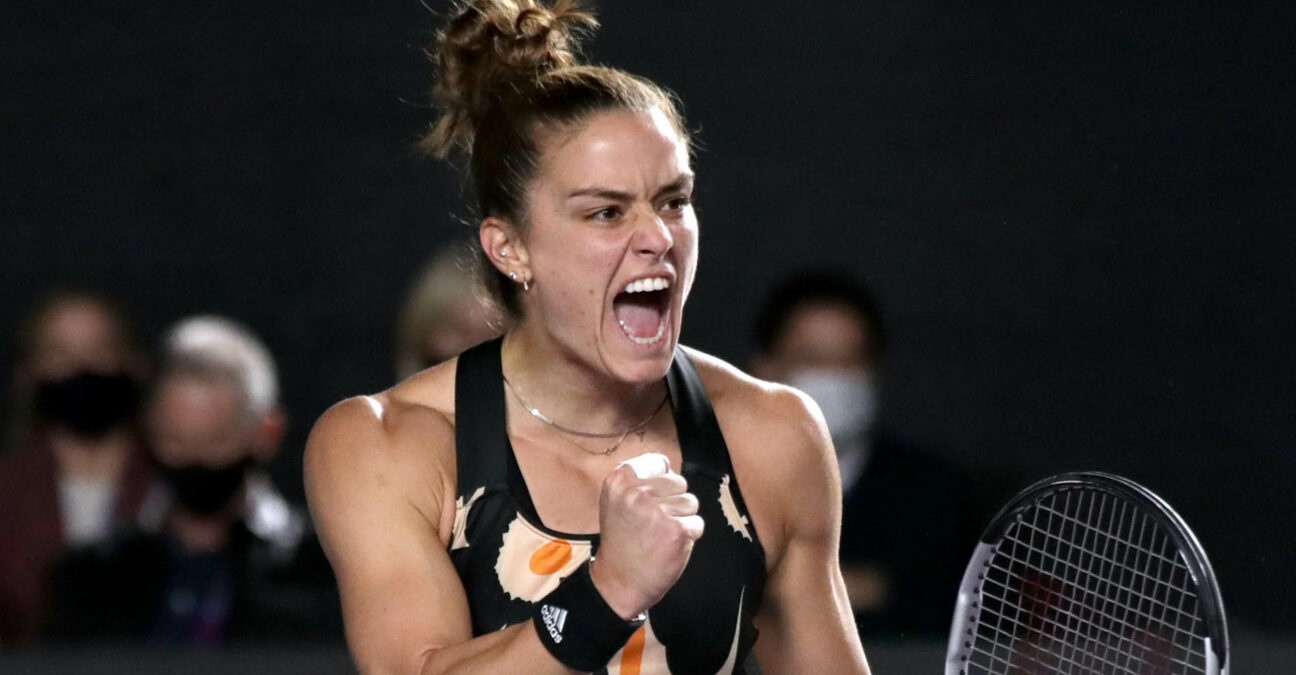 Maria Sakkari and Aryna Sabalenka went on a rollercoaster ride that kept fans on the edge of their seats for two hours and 47 minutes in Guadalajara, and it was the Greek who passed the final test, pulling away to notch a hard-fought 7-6(1), 6-7(6), 6-3 victory over the world No 2 to set a semi-final clash with Anett Kontaveit of Estonia.

It was a back-and-forth tussle that came down to key moments and opportunities won and lost. Sabalenka had the edge in the first set, serving for it at 5-3, and then, after she was broken, holding a set point with Sakkari serving at 4-5. But Sabalenka missed a forehand that was sitting up after clipping the net cord, and Sakkari was able to hold on and take it to a tiebreak.

Once there, Sakkari hit two aces to lead 2-1, then Sabalenka double-faulted twice to make it 4-1 – the set was over for all intents and purposes.

The second set followed a similar pattern, with Sabalenka squandering a 5-3 lead and missing out on two set points, but she found a way to force her way through the tiebreak and force a decider.

But the Belarusian’s luck ran out in set three as her double-faults piled up (she had 19 for the match) and a fresher Sakkari rumbled through the final four games to seal the victory.

“I think it was a rollercoaster match from both of us,” Sakkari said. “I was up a break, then she was up a break. It was just a matter of who took the chances. I think at the end I just played with my heart and fought well, just turned things around.”

Tuesday’s first semi-final will be an all-Spanish affair with Garbine Muguruza and Paula Badosa squaring off. The winner will become the first Spanish woman to play for the title at the WTA Finals since Arantxa Sanchez-Vicario in 1993.

Sakkari and Kontaveit have meet 11 times on tour with Sakkari holding the 6-5 edge, but it was the Estonian who took their last meeting, 6-2, 7-5 in the Ostrava final. Muguruza and Badosa have never met on the WTA Tour before.

Disappointment but also pride from Sabalenka

Losing in three sets while tossing in 19 double-faults, including ten in the third set, has left Sabalenka with a bittersweet taste in her mouth. First, she’s disappointed that she couldn’t pull out the win, and of course, with the way she served. 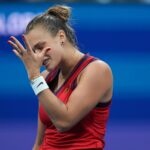 “I had a lot of opportunities and I didn’t use it,” she said. “So really disappointed with my level in the end of the season and with my serve. I guess I will work a lot on my serve in the pre-season, yeah.”

But the Belarusian can take comfort in a season that saw her reach her first two major semi-finals and qualify for the WTA Finals for the first time.

“But anyway this season was the best season in my career so far,” she said. “I just want to finish this season on positive note, so hopefully next season will be even better.”

The Spartan mentality is what Sakkari is becoming known for on tour, and she displayed it in full tonight. She is becoming a player who relishes long, physical battles and she says that has a lot to do with why she was able to get the win on Monday night in Guadalajara.

Sakkari says that she is starting to believe that three-set matches are her domain.

“It’s just my fighting spirit and my belief,” she said. “I really think that sometimes I deserve to win these matches because of how I approach them and how I play them. How can I say? I’m getting used to them. This is how it’s going to be from now on because if I want to play against these players and win, I’m not going to win 1-1. I know I’m going to have to take it to a third set most times and do something special to beat them.”

The Greek also feels that she is a different player than she was at the start of the season. With nine top 10 wins to her name she is feeling that she belongs among the game’s elite.

Asked what the difference was today against a player that had logged four consecutive wins against her, Sakkari said it is her own level that has improved.

“Obviously last time we played was in Abu Dhabi this year,” she said. “I think my level is different today than back then. Obviously she has been having a very good season.

“I think I’m just closer to them now. My ranking shows that, my results shows that. It’s just that I’m really getting closer to them. I proved to myself and everyone that I can beat them like I did today.”