Garbine Muguruza qualified for the semifinals at Guadalajara with a clutch victory over red-hot Anett Kontaveit. 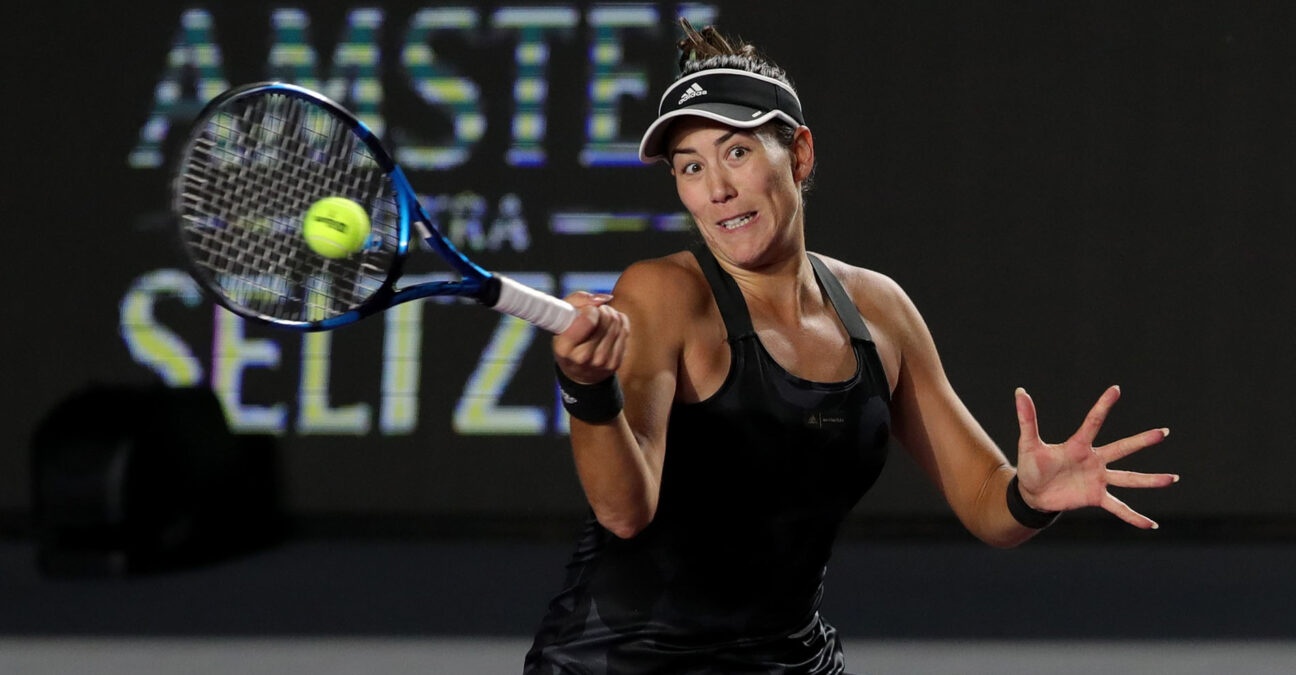 Garbine Muguruza has reached the semi-finals at the WTA Finals for the second time, and the first time since 2015, by defeating Anett Kontaveit 6-4 6-4 on Sunday night in Guadalajara. The Spaniard has come back from the brink in Mexico – after losing her opening match in a third-set tiebreak to Karolina Pliskova she rallied from a set down to defeat Barbora Krejcikova on Friday night to remain in contention. 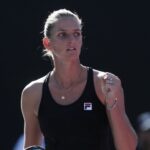 The world No 5 took the court today needing a victory to seal her spot and the 28-year-old did so with relative ease, snapping the 12-match winning streak of Anett Kontaveit, who still finishes at the top of the Group Teotihuacán table.

“Today was a match that was kind of everything or nothing,” Muguruza told reporters during her post-match press conference. “Starting the round-robin with a loss, it was never good. To finally get two wins and qualify was amazing. Actually today I think I played the best match out of the three. Cutting this long run from Anett, I was like, ‘Okay, is it going to be me the one to stop her?'”

Sunday’s result sets up an all-Spanish semi-final between Muguruza and Paula Badosa. The pair have never met at the WTA level before.

Badosa had kind words to say about Muguruza prior to the start of the tournament.

“She is a player who has always been a mirror in which to look at myself,” Badosa said of Muguruza, according to Reem Abulleil of the Arab News. “She broke all the stereotypes. Such a dynamic and aggressive game was not common in Spanish tennis.”

Badosa said that one day she’d like to reach the heights that the two-time major champion and former world No 1 has reached in her career.

“She is tall, different, my favorite. She has a game that I loved when I was growing up,” she said. “I have always said that I would like to go where she has arrived. I am getting closer to her level and it’s an honor to have two Spanish women here.”

The winner of their showdown will become the first Spanish woman to play the title match at the WTA Finals since Arantxa Sanchez-Vicario in 1993.

Muguruza says that she became closer with Badosa at this year’s Olympic Games in Tokyo and has been thoroughly impressed by her compatriot’s breakout season.

“I’ve been very happy for her,” she said. “She started the year obviously further back. She made her way to the top playing amazing, winning Indian Wells. We shared fun moments in the Olympics. We’ve talked a little bit. We get to know a little bit more of each other. It’s a special week to bond.

“She’s always had the talent. I think now she’s putting the puzzle together. Yeah, she’s playing great. Everybody can see it.”

After suffering a 6-1, 6-1 loss to Kontaveit a few weeks ago in Moscow, the Spaniard was on a mission to get her revenge on Sunday. Following her victory over Krejcikova on Friday she told reporters that she wouldn’t have much trouble forgetting her lopsided loss to Kontaveit.

“I mean, that match really wasn’t my day,” she said. “I kind of forgot a little bit about that match because I didn’t feel like I played well.”

Muguruza served exceptionally well, winning 28 of 35 first-serve points and saving all three break points she faced. Datinjg back to the third set of her victory over Krejcikova, Muguruza has now won 45 of her last 54 first-serve points. The former world No 1 improved to 3-2 lifetime against Kontaveit and 40-17 on the season with her triumph.

Muguruza has now owns a 12-2 lifetime record on Mexican soil, which features two titles in Monterrey.

She told reporters that there is something magical about playing in Mexico for her.

“The Latin America environment, air, people, crowd, everything. I love it here,” she said. “I feel so home and welcome. People are very good with me. I guess that shows in my tennis, I don’t know.

“It is very special for me. This is once-in-a-lifetime opportunity for me to play the Finals here. I’m very, extremely motivated, I would say.”

On tap: Sakkari v Sabalenka for the last semi-final spot

Now that Group Teotihuacán has finished round-robin play, the table is set for Group Chichén Itzá to wrap up on Monday. The equation is simple. It will be a winner-take-all contest between Maria Sakkari and Aryna Sabalenka for second place in the group. The winner will face Kontaveit in the semi-finals.

Sabalenka leads the head-to-head with Sakkari 4-1, including four consecutive victories.