23 years ago, Federer won his first ATP match… I was there! 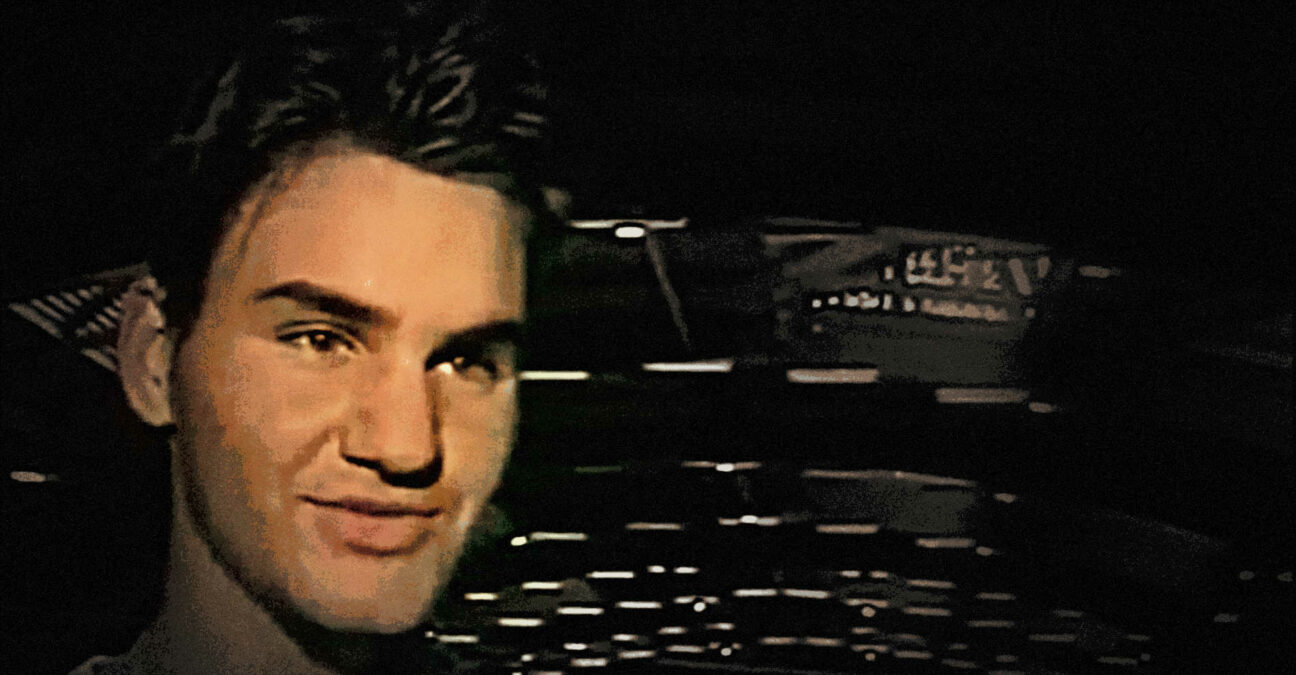 You always have to listen to your mother, it seems. I haven’t necessarily followed this advice religiously all my life, but on Wednesday, September 30, 1998, I decided to do so. Invested in local tennis and very aware of tennis news in the Midi-Pyrenees region of France, she warned me then: “This year, there is a young Swiss in the table in Toulouse, it seems that he flies off the handle every so often, but he is super talented. You should go see him.” His name was Roger Federer.

No need to twist my arm. At the time, a young second year student in a journalism school in “la Ville Rose”, my city of birth, I had made the late Toulouse Open my hangout after class (and even a little during, every so often…).

I spent my evenings there, with a good excuse for it: my apartment, located on the Rue Lejeune, was a few hundred meters from the tournament. The Toulouse Open was then located at the “Palais des Sports” (Sports Palace), near the city center, in the district of Compans-Cafarelli between the Place du Capitole and the regional council. The tournament would move the following year to the Zenith, five kilometers further south, 500 meters from the ring road.

It would disappear from the calendar in 2001, following the explosion of the AZF factory on September 21, more than six kilometers away. One of the biggest industrial disasters of the post-war period in France (30 dead, 2,500 wounded) had just taken place a few days before the tournament opened in the Fourth biggest French city, known to be the European capital of Aeronautics and rugby.

At the time, the Toulouse Open, in its seventeenth edition, was losing ground after high visibility in the 1980s – Jimmy Connors had won there in 1989, claiming the 108th title of his legendary career against John McEnroe in the final.

Toulouse suffered the full brunt of near-unfair competition from the now defunct Grand Slam Cup, hosted in Munich by the ITF, which would, ironically, not even last as long as the Toulouse Open in the end. It had just been sold by Christian Bîmes – future president of the French Tennis Federation (1993-2009) – to the Jean-Claude Darmon group, a company that had made big money in France, being the first to believe and invest in in the soccer business.

Darmon had placed that year the late Patrice Dominguez, his trusted man, at the head of the tournament, in place of Pierre Barthès, former pro player, winner of the US Open in doubles in 1970, who then became a commentator with a warm Southern accent (he was born in Béziers, even further south) and star of an advertisement for tea.

“THIS YEAR, THERE IS A YOUNG SWISS IN THE BOARD IN TOULOUSE, IT APPEARS THAT HE HAS A TEMPER THAT CAN GET THE BEST OF HIM, BUT HE IS SUPER GOOD. YOU SHOULD GO AND SEE.”

“Mado” Bourrières to her son Rémi, contributor to Tennis Majors, in 1998

Dominguez had a keen sense in granting a “qualifying” wild-card to a young Swiss, aged 17 obviously still far from the top of the world hierarchy (878th in the ATP). But Federer already had a good reputation among those in the know, for his victory at Wimbledon juniors that year, but also for his talent, described as rather insolent by many observers.

This talent had allowed the pupil of Peter Carter to extricate himself from the qualifications without losing a set, sealing his second appearance in the main draw of an ATP tournament (after Gstaad, a few months earlier) by beating in particular Olivier Delaitre, member of the winning team of the 1991 Davis Cup. At that match, however, I was not there. Or, I have no recollection of it.

But for this first round against Guillaume Raoux, the world No 45 who had defeated third-ranked Michael Chang that year at the Australian Open, I had therefore decided to follow my mother’s advice and take place in the bleachers of the Palais des Sports. It was in a 75 percent-empty stadium that could welcome 5000 people. There I was – always in the same place, almost at the top of the stands, in the middle, facing the referee. A little far from the court, of course, but a more practical spot for wolfing down the McDonald’s I discreetly carried through the tournament’s gates with me (one is a student or one is not…). The fast food restaurant was located almost at the foot of the enclosure.

Of the match itself, I must admit that I do not have a precise memory of it. It seems to me it was played in the early evening, which would fit in with my school schedule, but I couldn’t say for sure. Maybe this was also due to the fact that I fixed my gaze more around the court than on the court itself: for the last five years my brother, not yet a teenager, was a ball boy. The Toulouse Open, the Adidas Open Toulouse to be precise, was definitely a family event.

In my defense, this first victory for Roger – “Rogé” as Patrice Dominguez said at the time – left no one with lasting memories: Federer surged past a Guillaume Raoux who had just returned from a Davis Cup meeting in Israel, and that was a bit out of sorts. The final score? 6-2, 6-2.

Asked a few years ago by the Dépêche du Midi, Christian Bîmes said he was struck by these Toulouse first steps of the future world No. 1: “Seeing him play, I had the same impression as when I discovered Björn Borg. Federer wasn’t even an adult, but he already had everything. He had so much fluidity and technique in his game. ” 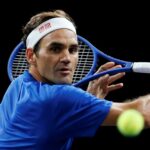 Roger Federer: What we learned from his weekend of interviews
tennis majors

Even on crutches, Federer is still the star of the Laver Cup
tennis majors

Personally, I would be lying if I said that on that day I had the sensation of seeing a legend born before my eyes. Federer was very good, very fluid and in possession of an artistic flair, that’s obvious.

During his qualifying run, local television had interviewed the Swiss, but didn’t find the most confident version of the future legend. He told them he “didn’t expect too much” from himself, but “hoped to make a good match” with Raoux.

The eventual 20-time Slam winner also proceeded to the quarter-finals by beating Richard Fromberg, before losing to eventual winner Jan Siemerink – I was there too. The following week, Federer would rise to 396 in the world, ready to receive a wild card into the main draw at his hometown Basel to face Andre Agassi.

In my memories, Federer sticks in my mind, but maybe I had even been a bit disappointed with his slick demeanor, complete with a tight haircut, when I was promised a lot of excesses and an electric attitude.

But nevertheless, I had been where I needed to be, when I needed to be. A little proud, somewhere, to have been an eyewitness to this moment in history. I recognized that two years later when he was back in Toulouse to beat France team on his own and then, not long after, win his first Wimbledon. It doesn’t happen every day. So thank you mom!