Alexander Zverev just keeps winning and winning even though off-the-court problems are mounting in the wake of domestic-violence allegations. Zverev has won 12 matches in a row and is through to the Paris Masters final. 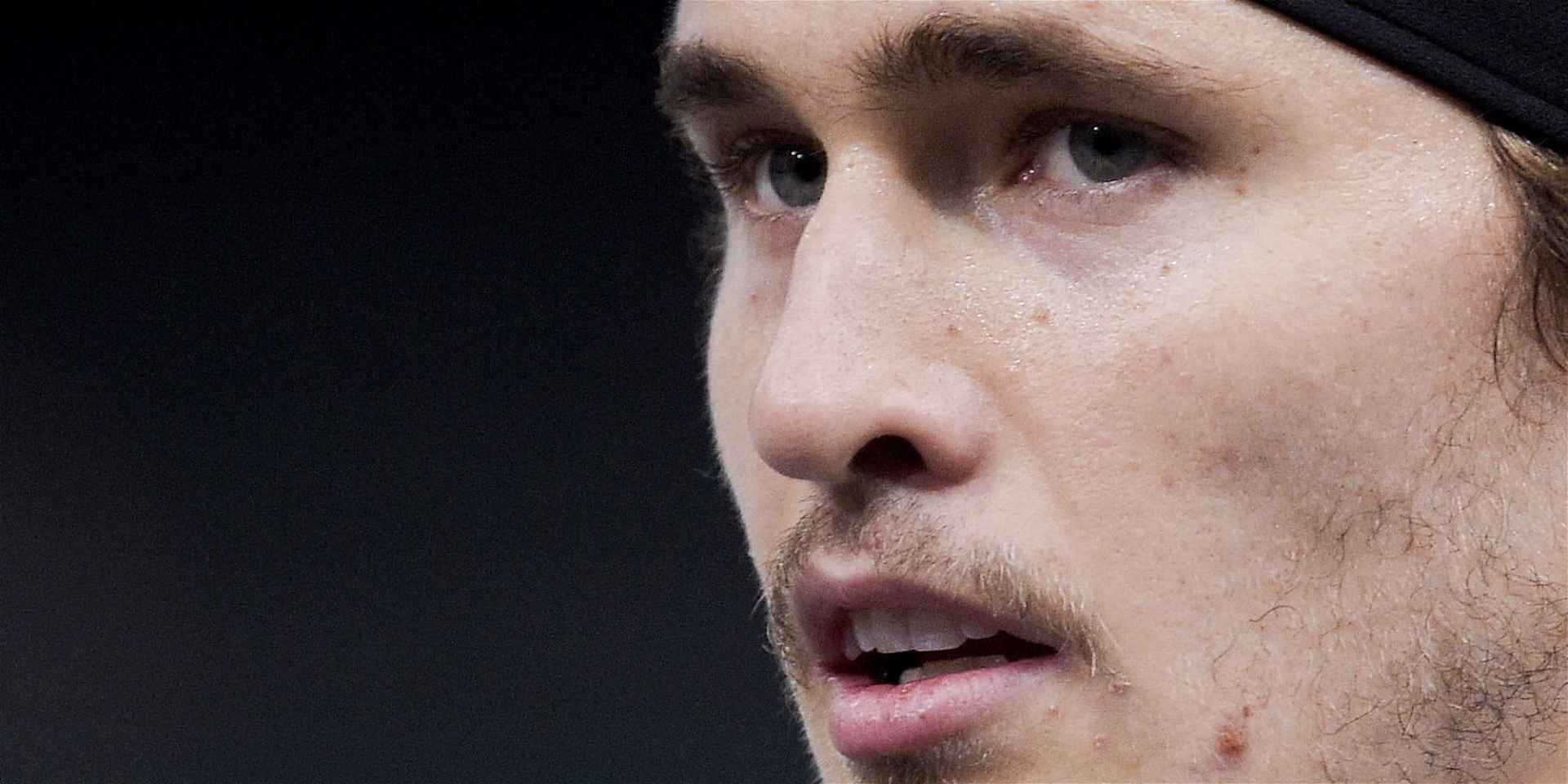 When The Racquet published Olya Sharypova’s testimony on Thursday about the physical and psychological abuse she attributes to Alexander Zverev, two questions crossed our minds: Will Zverev even play his round of 16 match against Adrian Mannarino at the Rolex Paris Masters? And if he does, will he speak at the press conference like nothing has happened?

Zverev: “Everything is fine for me”

Fast forwarding a few days, it has become clear that Zverev – or at least Zverev’s tennis – is unaffected by the situation. He has gone through his week in Paris as if nothing has happened. On the court, he is arguably playing the best tennis of his life. He is undefeated indoors this season (12 wins) and just knocked off Rafael Nadal in straight sets during semi-final action on Friday. The German will face Daniil Medvedev in Sunday’s final.

Whether Sharypova’s testimony is correct or not (Zverev has been refuting it since October 29), her mere presence in the public landscape would be a colossal disruptor to most people in such an exposed and demanding profession as Zverev. But for now the accusations seem to be the last thing on his mind.

“For me I have been playing well for quite a while, since the comeback of the season, I think. And I’m just happy right now to be on court. There is nothing more to say. I’m very calm, I’m very calm in life, I’m very calm in the court. Everything is good for me to be playing good tennis. I’m happy with that and I hope I can continue that, as well.”

Earlier in the week, when the details of the testimony given to Ben Rothenberg were not known but the essentials had been said, we were relatively surprised that the ATP had not taken banned all non-tennis questions during Zverev’s opening press conference. After all, the 23-year-old had not given a pre-tournament presser, apparently in order to avoid what surely would have been tough questions.

Even before this year it had never been easy for Zverev. In 2019 (then No 3 in the world following a formidable 2018 season in which he won the Nitto ATP Finals), he experienced several difficult months on the tennis court. They were linked, it was known, to the change in the structure of his management and to his now-infamous “personal problems” that he mentioned at the time.

“Me as a person I think I do realise now that there is gonna be always people that will not want the best for you, and there is always going to be people that try to put you down when you’re on top,” he explained. “It’s up to me if I’m going to let that happen. You know, I feel like I’m doing quite a good job of not letting that happen, and I’m still enjoying myself. As long as you still have a smile at the end of the day, I think that’s the most important in life.”

Those comments drew the ire of tennis fans on social media, questioning his sense of empathy and also criticising his PR team’s strategies. Others point out that Zverev is innocent until proven guilty in the court of law, which is legally correct but does not nothing to dispel how he is currently perceived.

Here is perhaps the key to the apparent serenity of the world No 7: Sharypova says she is not considering filing an official complaint with authorities. Zverev has not confirmed one way or the other if he is going to sue for libel, but he makes it clear whenever he is asked about the facts of what happened – he is not going to add anything. This has happened three times since Wednesday; and three times he referred the media to a post on Instagram (account: @alexzverev123) in which he hopes for personal reconciliation and amicable settlement.

“I hope we can find a way to treat each other reasonably and respectfully,” Zverev concludes in this post.

Zverev is going through this storm with an almost surreal placidity which is perhaps linked to the situation of the coronavirus pandemic. In Paris (and this will also be the case in London starting on November 15), the tournament is taking place behind closed doors. It is being held far from the voices of the fans, who may not have been kind to Zverev this week. Rothenberg, the New York journalist who penned Sharypova’s testimony from her home in New Jersey, observed the tennis community’s overall silence over the episode on Thursday. The ATP Tour has hardly acknowledged Zverev’s presences in the Paris Masters, even though he has gone all the way to the final. To fill this void, the hashtag #IStandWithOlya has begun to multiply under all posts that mention Zverev’s victories.

So far, a petition launched on change.org to suspend the German has not taken off (less than 300 signatures). And Zverev is faced with this paradox: the more he wins on the courts, the more visibility he will give to his ex-girlfriend’s voice.