Kevin Anderson sends Daniil Medvedev packing from Vienna with a straight-set victory on Friday. Novak Djokovic and Dominic Thiem are also out. 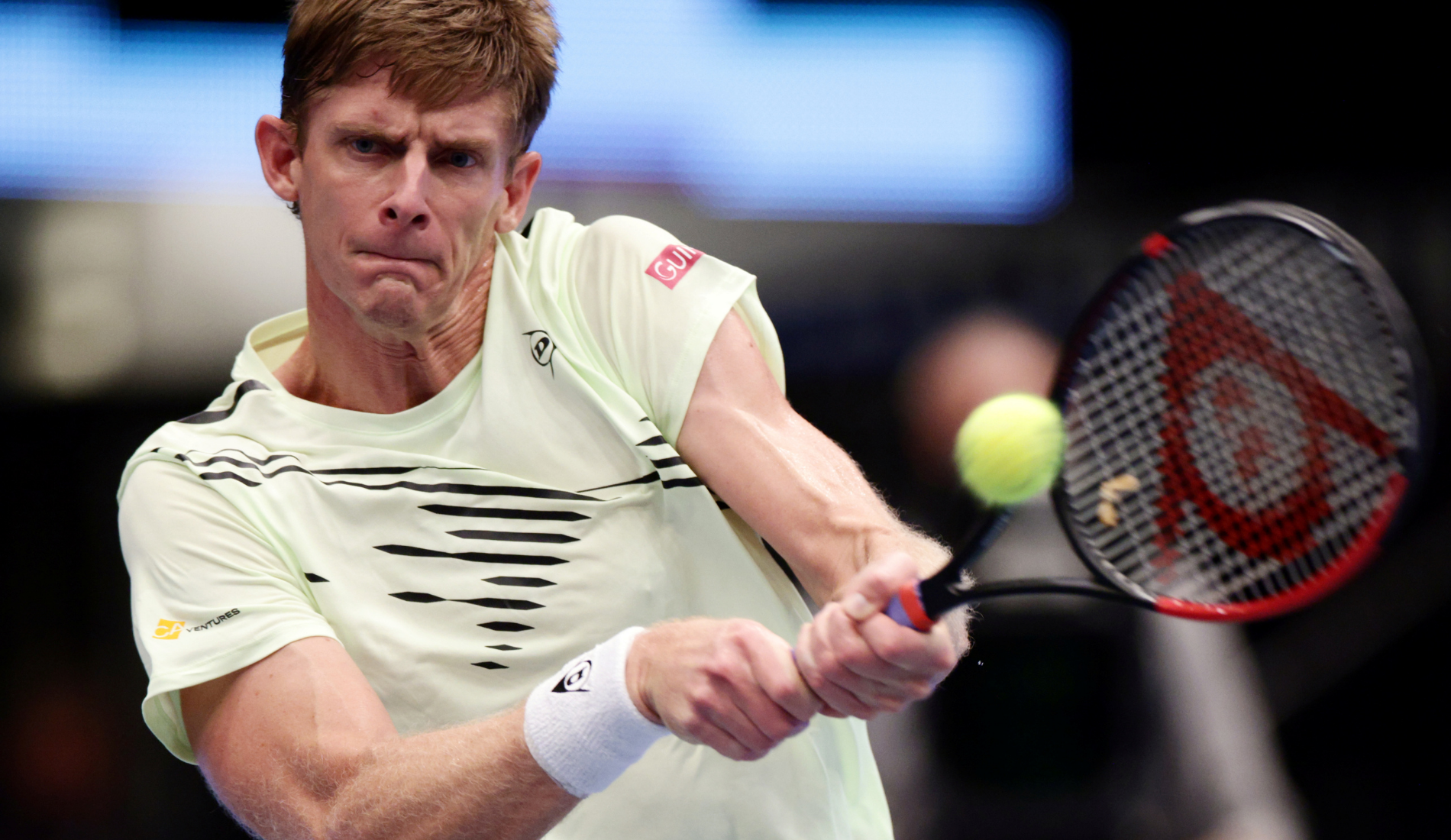 It was quarter-final day at the Erste Bank Open on Friday, and it won’t soon be forgotten. The lineup began with No 4 seed Daniil Medevedev going out to Kevin Anderson, but if you thought Medvedev would be the highest seed to fall on Friday, well…you would have to think again. No 1 Novak Djokovic and No 2 Dominic Thiem also crashed out.

Anderson, the 2018 Vienna champion, defeated Medvedev 6-4, 7-6(5) in one hour and 29 minutes. It was the biggest win in a while for the injury-plagued South African, who previously had not reached an ATP semi-final in the span of 21 months. In this match, though, he recaptured some of the form that once carried him to a pair of Grand Slam finals. Anderson smashed nine aces without double-faulting and faced only one break point–which he saved.

“I am very, very pleased,” the 34-year-old commented. “I have waited a long time to play a match like this. It was very high quality and I knew I had to play very well against Daniil to get through…. I love playing here. I have good memories from playing a couple of years ago. I was very disappointed not to be able to come back last year, but I am happy to be back here playing great tennis and I am really looking forward to my match tomorrow.”

His journey for his second Vienna title continues. @KAndersonATP knocks out No. 4 seed Medvedev in straight sets to reach the Semifinals.#ErsteBankOpen pic.twitter.com/Lmekj1xIxR

Lorenzo Sonego needed a lucky-loser spot just to get into the main draw. The rest is history. After securing a place in the field of 32 thanks to Diego Schwartzman’s withdrawal, Sonego booked a quarter-final place and then stunned Djokovic 6-2, 6-1 on Friday. The 42nd-ranked Italian was especially clutch on break points in the match, winning 11 from a total of 12 (six for six saving, five for six converting).

Thiem’s title defense came to an end at the hands of a red-hot Andrey Rublev. The eighth-ranked Russian prevailed 7-6(5), 6-2 thanks to his own brilliant play in addition to a foot injury that plagued his opponent throughout the second set. It will be Rublev vs. Anderson in the semi-finals on Saturday.

Dan Evans made it four for four in terms of lower-ranked players winning the quarter-final matches on Friday, as he emerged victorious in the nightcap against Grigor Dimitrov. A high-quality contest from start to finish saw Evans prevail 7-6(3), 4-6, 6-3 in two hours and 42 minutes. The 33rd-ranked Brit finished with seven aces and he earned three service breaks in part thanks to winning more than half of the points when Dimitrov had to throw in a second serve.

The lower-ranked players won all four matches in the Vienna quarterfinals:

A semi-final that nobody could have predicted will pit Evans against Sonego on Saturday.

The British duo of Jamie Murray and Neal Skupski made routine 6-4, 6-4 work of Robert Farah and Fabrice Martin in the first doubles semi-final on Friday. Murray and Skupski broke serve three times while advancing in one hour and 17 minutes.

Their opponents in Sunday’s championship match will be determined on Saturday, when Lukasz Kubut and Marcelo Melo go up against Kevin Krawietz and Andreas Mies.