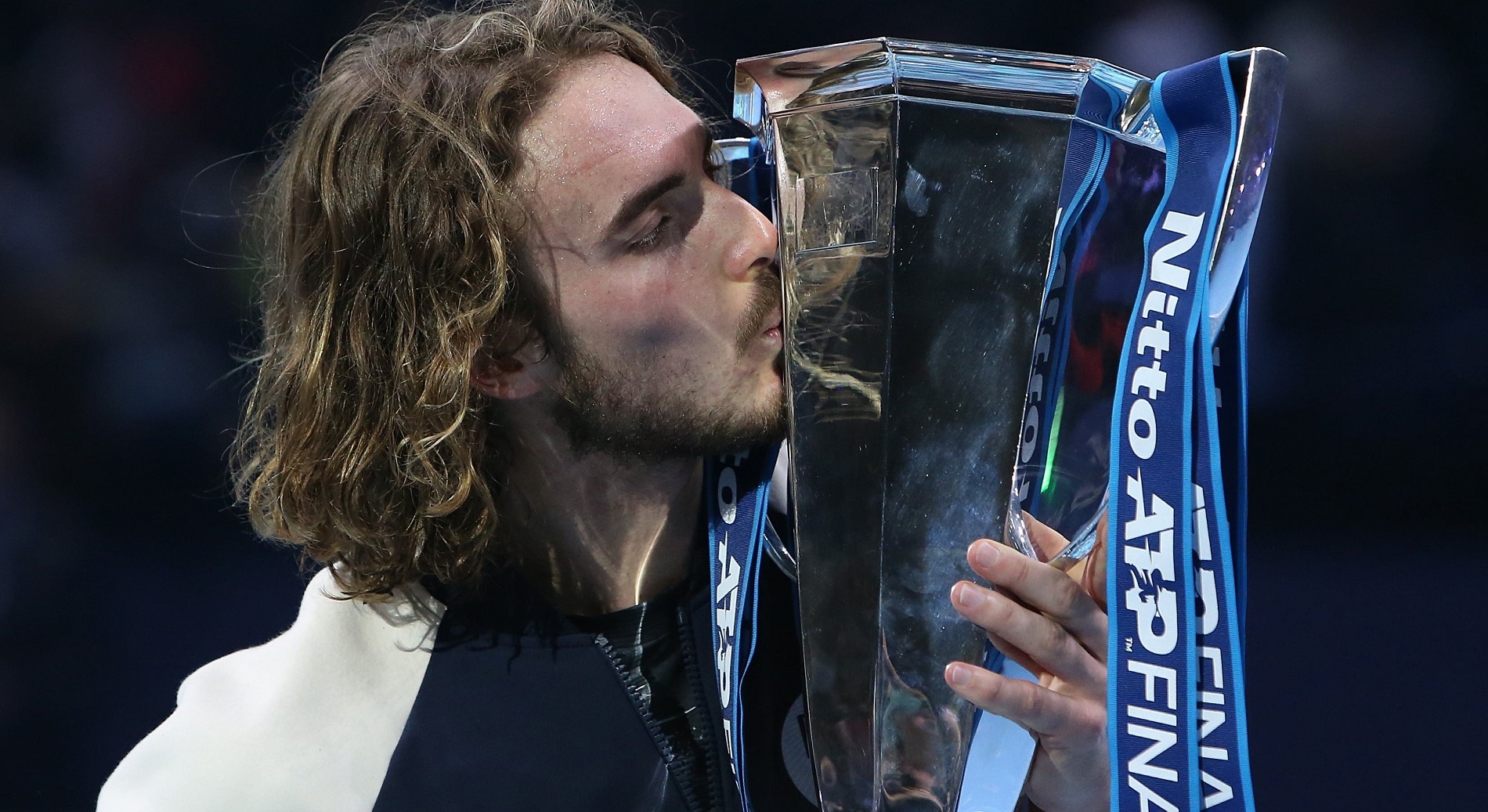 Stefanos Tsitsipas is presented with the single ATP Finals trophy

The draw for the singles competition at the Nitto ATP Finals has been made – and there are some intriguing matches during the round-robin stage.

In Group London 2020, last year’s champion Stefanos Tsitsipas will take on Rafael Nadal and Andrey Rublev, and will open his campaign on Day 1 against Dominic Thiem.

On standby should they be required are two alternates, Matteo Berrettini and Denis Shapovalov.

The draw for the doubles competition has not yet been completed as one more pair has still to confirm their place at the showpiece occasion. However, Mate Pavic/Bruno Soares, Rajeev Ram/Joe Salisbury, Kevin Krawietz/Andreas Mies, Marcel Granollers/Horacio Zeballos, Wesley Koolhof/Nikola Mektic, John Peers/Michael Venus and Lukasz Kubot/Marcelo Melo will all be competing at London’s O2 Arena.

The eight finalists are split into two groups of four – in singles, Group Tokyo 1970 and Group London 2020, and in doubles, Group Bob Bryan and Group Mike Bryan.

Everyone plays everyone else in their group once. The top player in Group Tokyo 1970 will play the runner-up from Group London 2020 in the semi-final, and vice versa.

Day 1’s order of play is as follows: