Berrettini feeling the support during historic run to Wimbledon final

Matteo Berrettini has thrilled his family as well as all tennis fans throughout Italy on his way to the Wimbledon final. Standing in his way of even more history is world No 1 Novak Djokovic. 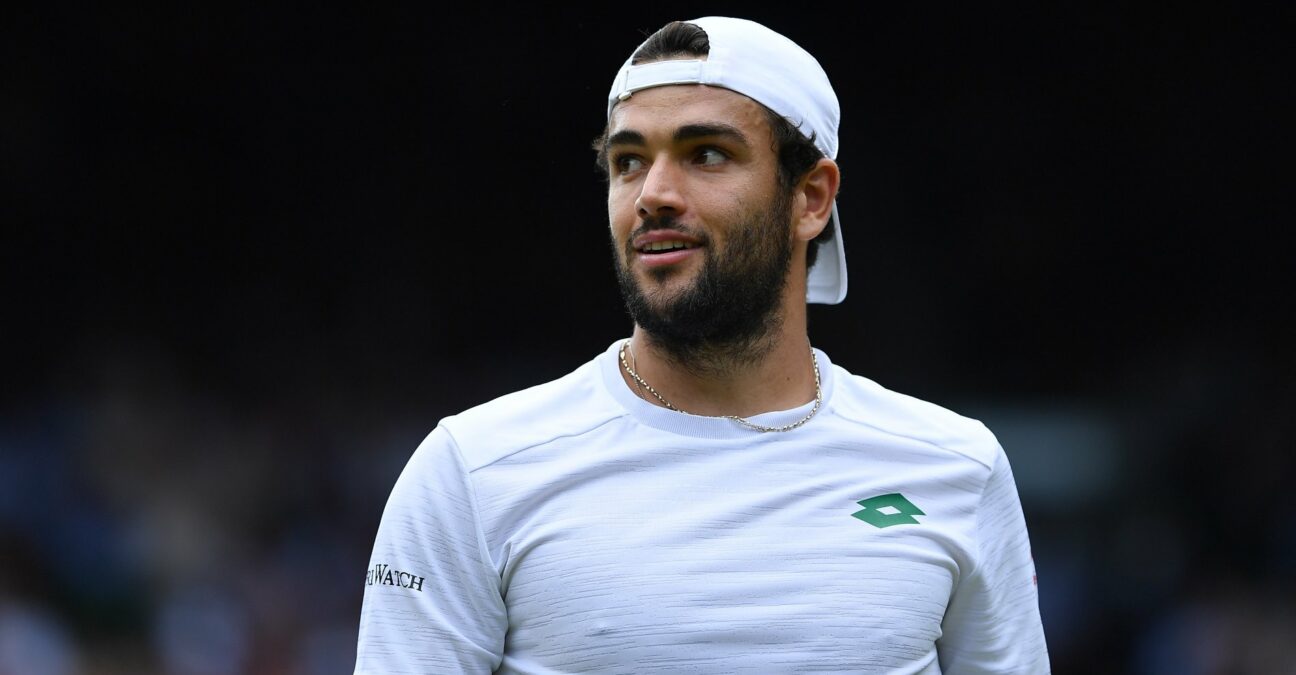 It has been a long time coming for Italian men’s tennis. Prior to this Wimbledon fortnight, no man from Italy had reached a Grand Slam singles final since Adriano Panatta won the French Open in 1976. That is 45 years for those counting.

Finally, though, Italy has another man on one of the biggest stages in tennis. Matteo Berrettini booked his spot in the Wimbledon championship match with a 6-3, 6-0, 6-7(3), 6-4 victory over Hubert Hurkacz on Friday afternoon.

Thus continues an amazing summer run for Berrettini. The world No 9 is 11-0 on grass with a title at Queen’s Club followed by six wins at the All-England Club. He has bullied his way through the draw, firing a total of 101 aces so far. No other player has more than 65 (Denis Shapovalov, who lost to Novak Djokovic in the second semi-final). Against Hurkacz, Berrettini blasted 22 aces while double-faulting only once. 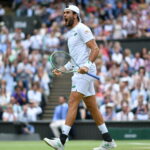 Panatta is undoubtedly impressed with what he is seeing.

“He text me after my match with Felix (Auger-Aliassime in the quarter-finals),” Berrettini commented. “We are in contact. Sometimes he’s texting me. He was one of the first big names for us, probably the biggest one, that believed in me when I was a kid. I remember we played together a doubles in the club where I used to practice. It was such a nice experience. He told me, ‘Look, I think you’re going to serve 220 kilometers per hour.’ I looked at him (like), ‘I don’t know if I trust you.’ Then I saw the history of his results. Obviously I said, ‘Okay, maybe this guy is right.’ Then he was right.

“I’m in contact with him all the time; just a great adviser also. What he texted me, he told me, ‘Now that you’re here, go for it.’ That’s what I’m trying to do.”

German great Boris Becker, who won Wimbledon at 17 and 18 years old, is also among Berrettini’s supporters.

“When I [crossed paths] with Becker, he told me to like have a long run in Wimbledon. ‘You have to be like that, like this, try to do this.’ I’m like, ‘Okay, maybe this guy…he stepped in Wimbledon and he thought about making the finals.’ I didn’t think like that. I knew I could do it, but I didn’t think I am going to do it because this is how I am.”

(We were) pretending we were playing in our living room a great final. We were pretending to be players that now I’m playing against.

If there is one thing Berrettini isn’t, it’s overconfident. But he does have a hunger for success, and he has had it for a long time. It’s been a long time coming not only for Italy as whole, but also for Berrettini himself — even though he is still just 25 years old. He has been dreaming of something like this result for as far back as he can remember, and his entire family has done the same.

“It means everything,” the No 7 seed said after beating Hurkacz. “Not just my parents, my brother, (but also) one of my best friends. I started playing tennis with them. Thanks to them, with them, with my brother…we (are) still practicing together. He’s still playing. When we were kids, we were going holiday, we were always bringing our racquets. We played so many times, even without the ball, just pretending we were playing in our living room a great final. We were pretending to be players that now I’m playing against.

“My brother, I never saw him like [he was today]. He couldn’t believe it. That’s where we’re coming from; that’s my family. That’s our passion, I guess. Tennis is in my family. Also my grandparents are still playing. It’s something we have in (our) DNA. It makes me feel so good to have them here.”

As a heavy underdog against Djokovic in Sunday’s final, Berrettini won’t have only his family, Panatta, and other Italians behind him. You can be sure majority of Centre Court will be fully behind him in his effort to create even more history and realize even more dreams. 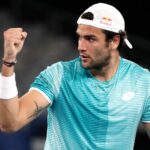