Daniil Medvedev has been withdrawn from Monte-Carlo Masters after testing positive for Covid-19. The World No 2, who had practiced with Rafael Nadal a day earlier, has been replaced in the draw by lucky loser Juan Ignacio Londero 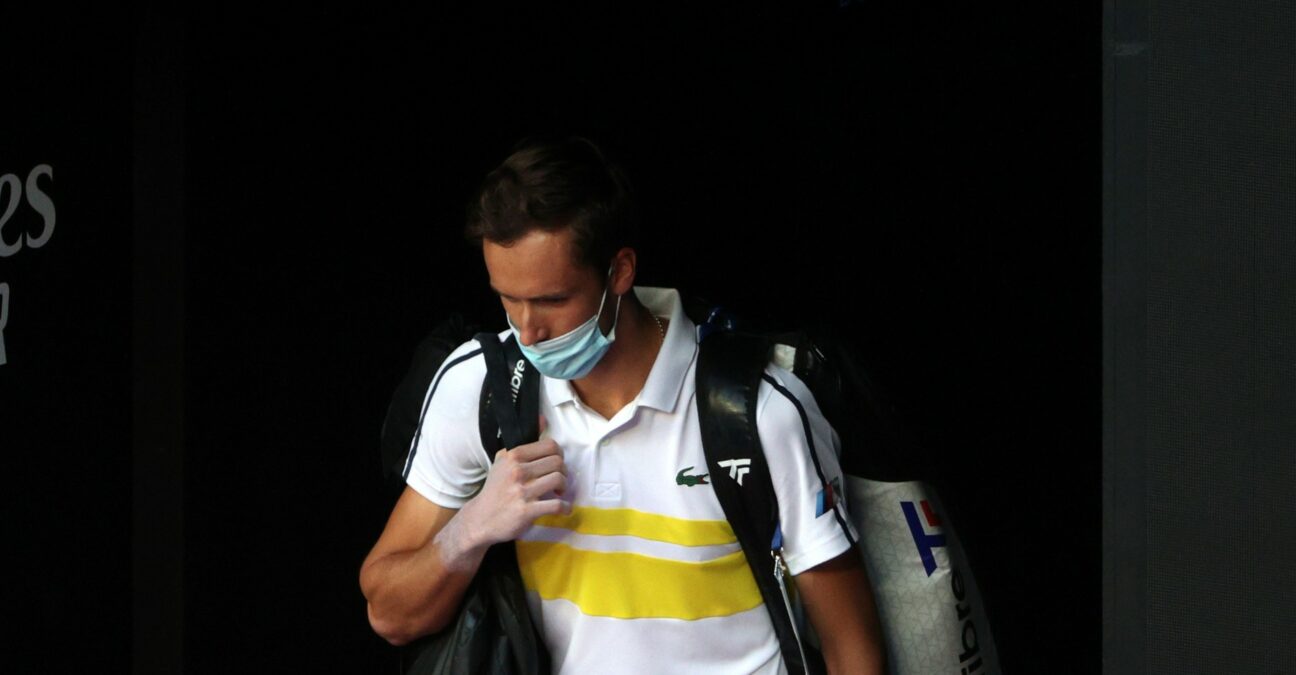 World No 2 Daniil Medvedev has been withdrawn from the Monte-Carlo Masters on Tuesday following the return of a positive Covid-19 test.

The Russian, who had a first-round bye in the tournament, was scheduled to play either Nikolasz Basilashvili or Filip Krajinovic but has been replaced by lucky loser Juan Ignacio Londero in the draw.

Medvedev was also due to play doubles this week alongside Marcelo Demoliner.

“Big Disappointment not to play in Monte-Carlo”

In a statement released by the ATP Tour, Medvedev expressed his disappointment at missing out on the first clay-court Masters event of the season.

“It’s a big disappointment not to play in Monte-Carlo. My focus is now on recovery and I look forward to getting back out on Tour as soon and as safely as possible.”

Medvedev is the highest-profile player to test positive in the midst of a tour-sanctioned event. World No 1 Novak Djokovic had tested positive during the Adria Tour exhibition series last year.

The news of Medvedev’s positive test has also caused some anxiety for the team and fans of Rafael Nadal, the 11-time Monte Carlo champion.

The Spaniard, who is playing his first event his quarter-final exit at the Australian Open in February, had practised with Medvedev in Monte-Carlo on Monday and the impact of Medvedev’s positive test on Nadal or anybody else he may have been in contact with at the tournament remains to be seen.

Hard to be sure where Daniil Medvedev caught Covid-19 but it makes you wonder again about the wisdom of letting some players stay at home (and out of the bubble) during Monte Carlo. Hope he recovers soon