Australia’s Alex De Minaur backed up his UTS3 showdown triumph over Richard Gasquet by again beating the Frenchman, this time in the opening round of the European Open in Antwerp. 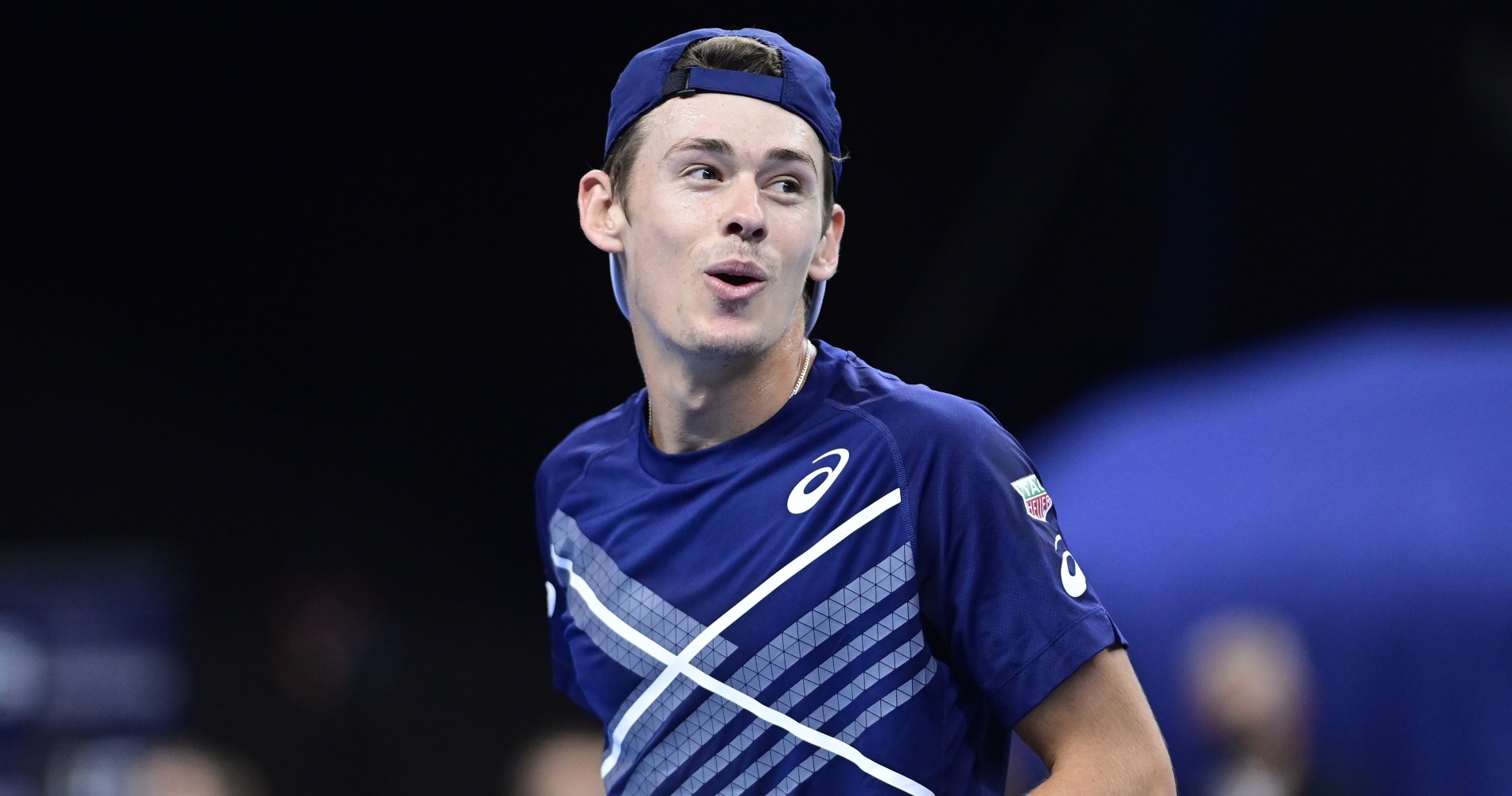 Gasquet had led by a set and a break and served for the match before the lightning-fast De Minaur rallied to stun his opponent, winning 3-6, 7-6, 6-3.

The players recently met in the final of UTS3, the Australian coming out on top of a hugely entertaining encounter, winning 3-1 and losing just one quarter in the process. That win followed on the back of his recent second round 6-4 6-3 6-7 7-5 US Open victory.

It was De Minaur who forged the immediate break with a forehand winner into the corner. But Gasquet knows the De Minaur game now, and the backhand down the line is a weapon he knows can hurt the Australian, and many other players, and the break back followed.

GASQUET FAILS TO SERVE IT OUT

The duo held serve until the fifth game when it was the Frenchman who broke through, consolidating the break for a 5-2 advantage. The Aussie, nicknamed ‘The Demon’ in UTS, hadn’t quite given up on the set, holding with an exquisite drop shot and two big first serves to ask the serve it out question of the Frenchman.

And it was a question answered confidently, the Gasquet forehand also nicely dialled in as the man from Beziers taking out the opener 6-3. Another untimely unforced error from the Australian saw Gasquet break through for 3-2 in the second and he staved off a break point on his own serve to consolidate the break.

De Minaur isn’t called the ‘Speed Demon’ for nothing, his rapid court coverage keeping him fighting for every point. He had his chances to break back, squandering a couple of chances at 3-4. But with Gasquet serving for the match and UTS3 final revenge, De Minaur produced quite remarkable scrambling qualities to stay in two points he had absolutely no right to win, before finally breaking through with his fifth break point.

DEMON AGAIN TOO SPEEDY FOR GASQUET

It appeared that the momentum was now with the Australian, Gasquet seeming to tire in the breaker. The pair exchanged mini breaks before more sensational retrieving saw the Sydneysider stay level before an untimely double fault and netted backhand from Gasquet saw the match go the distance.

The Frenchman initially did well to stay with his younger opponent in the decider, his trademark rapier backhand and flamboyant forehand keeping the speedster honest. But the balls just kept coming back into play, and an inside-out forehand winner finally gained the crucial break for 4-3 in the decider.

Gasquet did well to save a first match point on his own serve with a wrong-footing volley, but successive doubles put the Frenchman in trouble and a netted forehand saw the Australian through at the expense of the former champion, who next faces Spain’s Feliciano Lopez for a place in the quarter final.

Demon down but not out 🔄@alexdeminaur recovers from a break down in the second set to beat Gasquet 3-6 7-6 6-3 at @EuroTennisOpen pic.twitter.com/1k8aSOz07J