De Minaur first seed to fall on Tuesday at Wimbledon, ousted by Korda

Three weeks of grass-court preparation may have been too much for Alex de Minaur, who lost in the Wimbledon first round to Sebastian Korda on Tuesday afternoon. 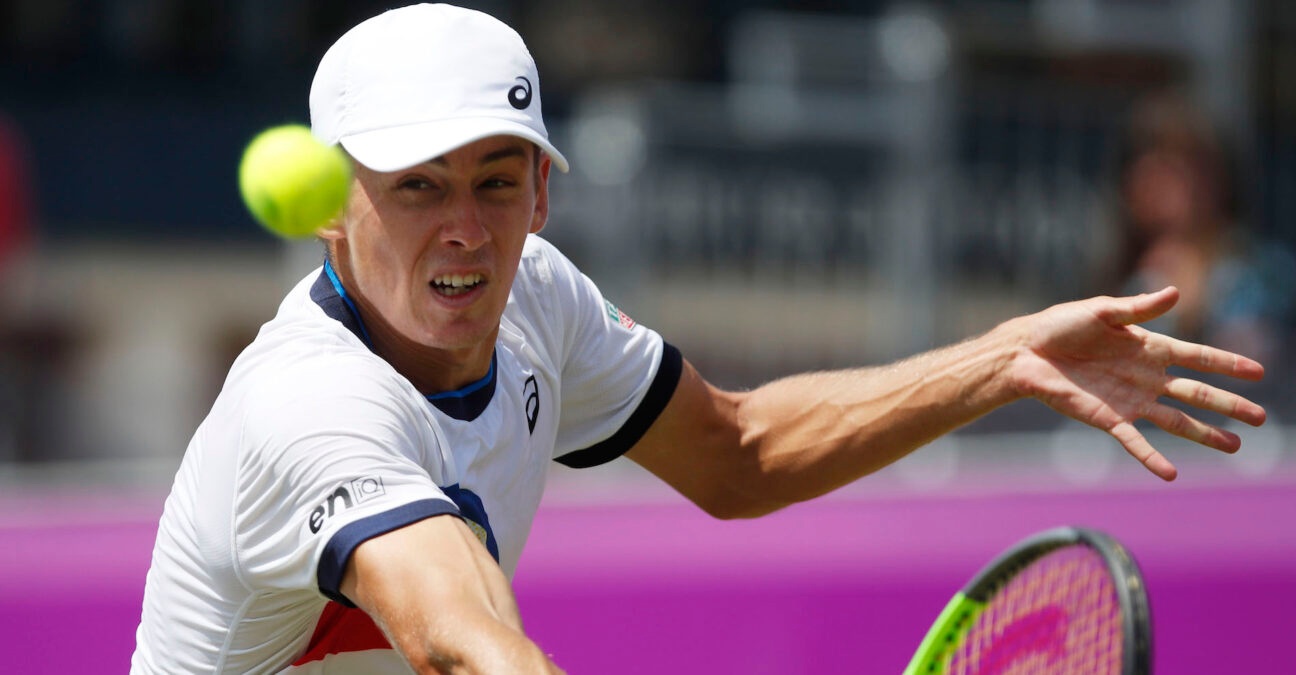 Not even an extra day off because of rain could help Alex de Minaur after he won the Viking International in Eastbourne this past weekend.

Although he had the benefit of playing his Wimbledon first-round match on Tuesday instead of Monday, a little bit of rest was not enough for de Minaur to overcome a difficult draw against Sebastian Korda. The Aussie bowed out of the season’s third Grand Slam, losing to Korda 6-3, 6-4, 6-7(5), 7-6(5) after three hours and 25 minutes.

Korda converted only four of 19 break-point chances, but four was enough because he served well. The 20-year-old American struck 10 aces and won 76 percent of his first-serve points.

Next up for Korda is either qualifier Antoine Hoang or qualifier Zhizhen Zhang.