Unbeaten Djokovic: ATP is wrong, players and tour can co-exist 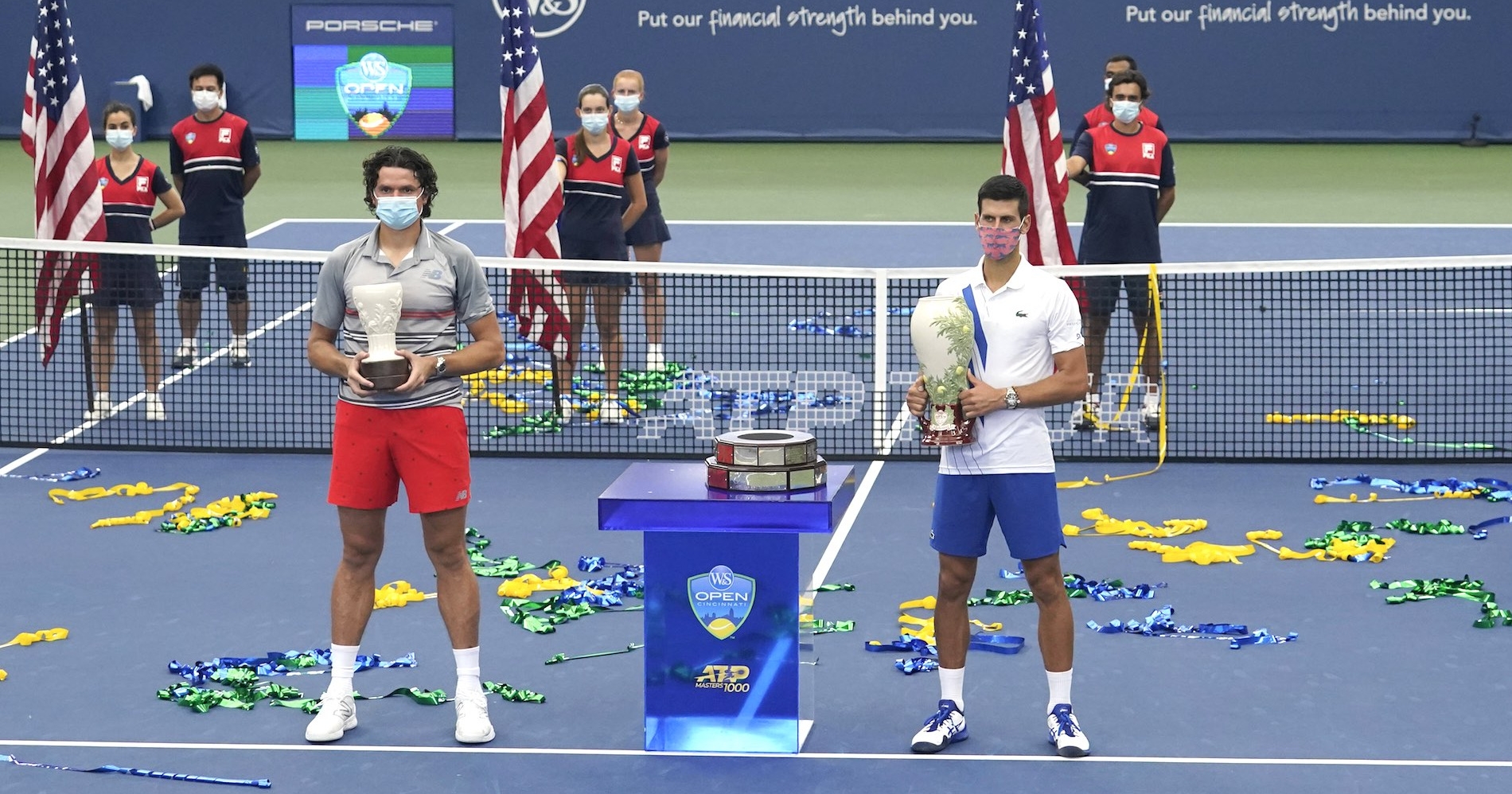 Djokovic secured his third title of the season against Raonic, who was in hot form at Cincinnati with his big serves and took a lopsided set from Novak. However, he was able to secure another comeback victory at the end.

After his stunning comeback victory in Saturday’s final at the Western and Southern Open in New York, world No 1 Novak Djokovic enlightened the media on his goals for the proposed ATP Player Association, stating that it is 100 percent legal, not a union and ultimately for the good of the sport.

Most important, Djokovic stressed that a Professional Professional Tennis Players’ Association can co-exist harmoniously with the current governance of the ATP Tour.

Djokovic said he’d love to have the backing of Roger Federer and Rafael Nadal, but even without them he believes that the time is right to put this bold plan into action.

Again, I think the time is right. The time is always right, you know. It’s like having a baby. The time is never right or it’s always right. I mean, as I said at the beginning, this is a project that is ongoing for more than 20 years. Lots of players attempted to do what we’re attempting to do right now and hoping we can make that first step and create memberships and create structure and create leadership and create a system.”

Djokovic, who along with Vasek Pospisil and John Isner, announced his resignation from the ATP Player Council on Friday, says that his group is still trying to get a sense of how much support they will receive from the players. There is a meeting to be held in New York on Saturday evening.

“We are meeting with players today, and our goal is to try to secure support from the players and try to get an indication of support,” he said.

With top players already speaking out against the formation of a player association, such as Nadal and Federer, and the tour’s outward resistance, Djokovic and his colleagues know they will face a difficult battle when it comes to gaining consensus.

“We don’t have answers to all the questions right now,” he said. “We don’t know yet who will be the people who will represent the players. We have a broad outline on what the platform of the association will look like. We’re going to have our trustees, but we are also going to have the annual meetings.

“I mean, of course once we have an indication of some major support that we, as a team, think that we should proceed with this project, then of course we will commence with all the different steps that are about to follow. So right now, we are just trying to get a sense of how many players do really want to join this initiative. Then we will take it from there.”

Djokovic Aiming to Make History on the Court as Well

The Serb will enter the US Open as the prohibitive favorite after he made his way to the title on Saturday, despite the fact that he hasn’t quite cleared the hurdle of a nagging neck injury that bothered him on several occasions during his run to the title this week. He was quick to admit that it has been a draining week, both emotionally and physically.

“It was not easy, definitely, especially in the last three, four days,” he said. “Has been challenging mentally and emotionally for me to stay sane and be able to compete on the highest level and win this title. A very exhausting three-hour match against Bautista [Agut] yesterday, not too much time to recover for today’s final, but my physiotherapist did a great job and also Clay, physio from ATP, they made sure that I’ll be able to play and compete.”

Whether he is perfectly healthy or not, the Serb will enter the US Open on a high, coming off his 35th Masters 1000 title, which saw him become the only player in history to have claimed all nine Masters 1000 events two times. No other player has managed to achieve the feat even once.

Djokovic is currently riding a 26-match winning streak and he is 23-0 in 2020. Under pressure he has been flawless – he has won all ten tiebreaks he has played this season including a 7-0 shellacking of his nemesis Roberto Bautista Agut in a third-set tiebreaker in the semi-finals.

“Going on an unbeaten run so far this year obviously brings even more confidence each match,” Djokovic said. “I’m just trying to enjoy it and embrace the process. How long that journey is going to last and what kind of legacy I’m going to leave behind, that’s on somebody else to really judge and, you know, and evaluate.

“But I’m trying to do my best. Obviously on the court with the goals and ambitions that I have, obviously I want to play my best tennis in Grand Slams and 1000 events. That’s what I’m focusing on right now. And also off the court, trying to make the most out of the energy that I have preserved.”