Novak Djokovic is off and running at the US Open with a four-set victory over Holger Rune on Tuesday. Tallon Griekspoor is next up for the top-ranked Serb. 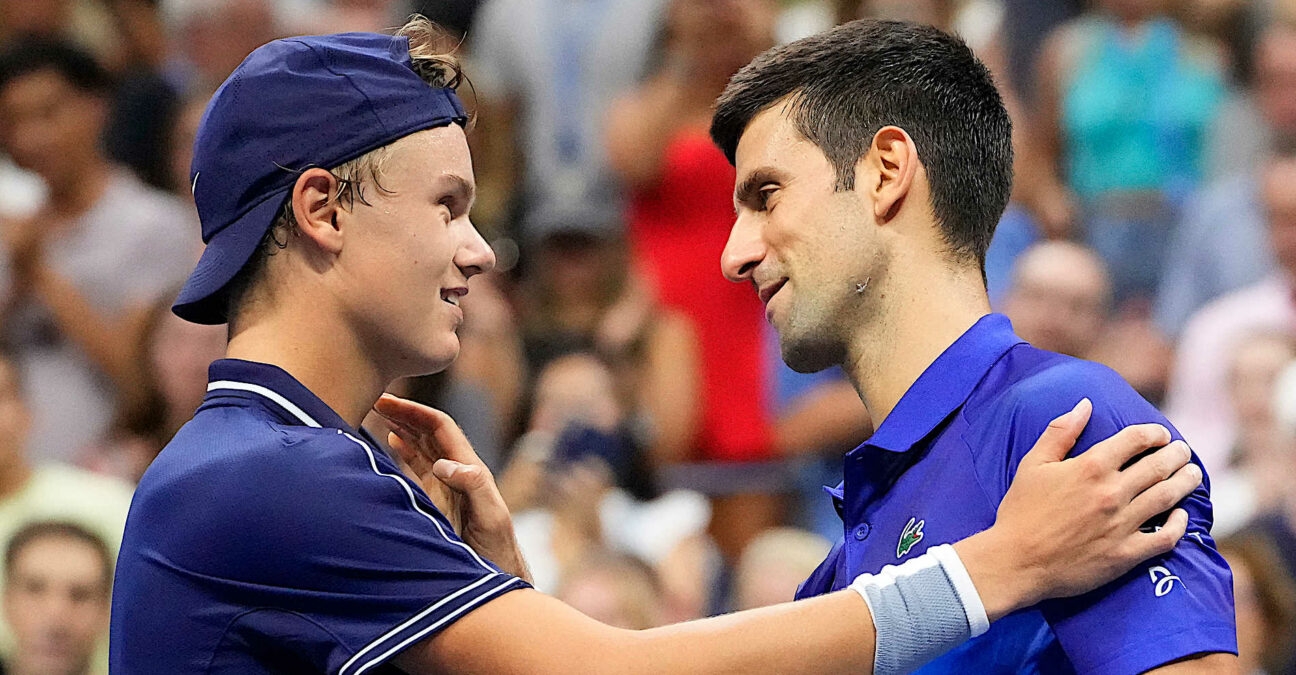 Novak Djokovic wasn’t particularly pleased with his own play or a crowd that was clearly supporting his opponent, but nonetheless he got off to a victorious start at the US Open on Monday night. Djokovic recovered from a second-set hiccup to defeated qualifier Holger Rune in four sets after two hours and 15 minutes.

The reigning Australian Open, French Open, and Wimbledon champion stormed out of the gates for a set and a break lead. However, his serve and groundstroke game suddenly betrayed him and he ended up dropping the set in a tiebreaker.

Rune was growing in confidence and getting the crowd energized, and it propelled him to that brief surge of momentum. Playing in his first best-of-five-set match, though, the 18-year-old Dane could sustain his level from a physical standpoint. Cramps plagued him throughout the final two sets, leaving him unable to put up much of a fight.

started great,” Djokovic assessed. “Played a really, really good first set. After that, I don’t know, I was 4-3 serving in the second set. Everything was working well, but then I just lost the first serve; very low percentage of first serves. Credit to him for fighting. He had the crowd behind him. It was tough to play in my first match, even though I had till tonight tons of experience playing on this court, for him it was the first one.

“Still you get nerves. You still are feeling a little bit rusty at the beginning. Yeah, obviously I’m pleased with the way I finished the match. Again, it was not a fair battle, so to say, on the court with his unfortunate injury and cramping…. It’s tough to talk about third and fourth set because he barely moved.”

I never felt anything like this. It was unbelievable.

It was an unfortunate ending but overall a great experience for Rune.

“I never felt anything like this,” the world No 145 reflected. “It was (an) unbelievable feeling staying there. I tried to give the crowd something, fight for every point, be pumped and everything. The crowd was unbelievable. I couldn’t have asked for more. I never tried anything like this. It was a pretty sick feeling.

“Unfortunately, my fitness let me down. I started cramping already in the beginning of the third set. From there on, it was tough. I knew if I [wanted] to win, I really had to fight for every point. With my body at this point, it was impossible.”

Full summary of Tuesday’s action at the US Open