Novak Djokovic reflected on his latest achievement after ending the season as the men’s number one player. 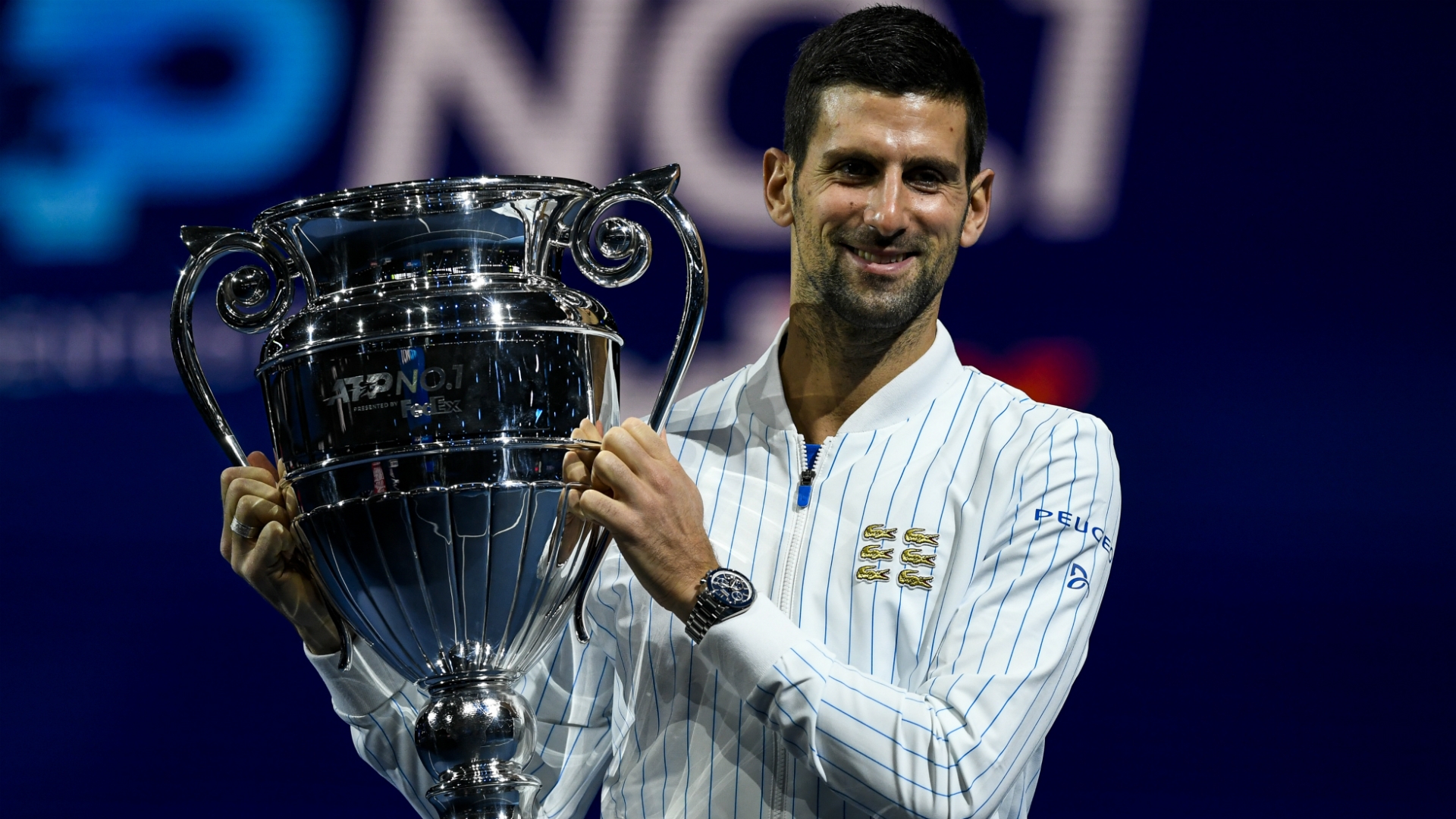 Novak Djokovic has mixed emotions after claiming a record-equalling sixth trophy for finishing as the ATP’s year-end number one.

Djokovic achieved the feat for the sixth time in the past 10 years, matching American great Pete Sampras – who ended six successive years at the pinnacle of men’s tennis between 1993 and 1998.

World number one and 17-time grand slam champion Djokovic has enjoyed a stellar 2020, capturing an eighth Australian Open crown and four titles amid a 39-3 match record this year.

Preparing to open his bid to win a record-equalling sixth ATP Finals trophy in London, where he will come up against Daniil Medvedev, Alexander Zverev and Diego Schwartzman in Group Tokyo 1970, Djokovic reflected on his season-ending accomplishment.

Year-end No. 1 in the @FedEx ATP Rankings for a record-equalling SIXTH time!

“I’m very happy,” Djokovic told ATPTour.com. “It’s been a strange year for all of us with a six months’ gap for all of us.

“We restarted the season in August, and I continued where I left off before lockdown and had a terrific run. I’m very pleased with the way things went. I have to say a huge thank you to my team for supporting me in the hard time and trusting me. This is the crown for all achievements in the year and it’s unreal that I’ve managed to finish the year at number one for a sixth time.”

But Djokovic added that his mind has been on other things for much of the year, due to the coronavirus pandemic.

“Obviously I am super proud of it, but I have mixed emotions because of what is going on in the world. I can’t be ignorant to that, although I have achieved one of the biggest goals in sport,” he said. “I feel for many people in the world going through hardship and my heart goes out to them.”

Djokovic begins his ATP Finals campaign against Diego Schwartzman at The O2 Arena on Monday.