How Djokovic happened to play tennis… in a street in Belgrade

Novak Djokovic surprised his neighbors in Belgrade on Monday by joining them in a street tennis match. 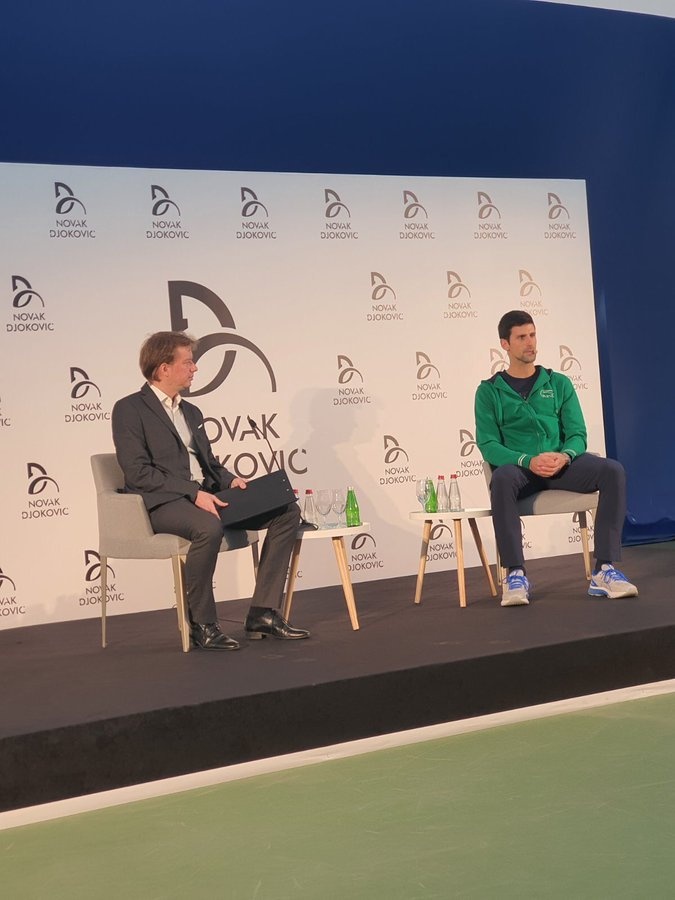 Novak Djokovic in Belgrade on Tuesday (photo by Sasa Ozmo)

Novak Djokovic made the evening of some local kids in Belgrade when he decided to join them during an impromptu tennis match. In the street. You read that right: the World number 1 played tennis in the street with neighbors in Belgrade. Because why not? What else to do on a Monday evening when you finally have some time off from the Tour after winning your 17th Grand Slam title?

For Djokovic, the answer that day was obviously: nothing. Nothing better than keeping inspiring the next generations. And of course, people from the buildings around started to film, just to make sure they weren’t hallucinating!

On Tuesday, as he was giving a press conference in Belgrade, he explained what exactly happened.

“It was spontaneous, first time I saw someone playing tennis in the neighborhood. I saw someone recording, but I didn’t know it’s out there. We marked the lines and I promised them the net. These are the moments one lives for, my heart was full. Great fun!”, as reported by the Serbian journalist Sasa Ozmo.

Djokovic, who lives in Monaco, always makes a point to keep a tight relationship with his Serbian roots and so often comes back to Belgrade where he has an academy and a restaurant too.

Djokovic says that he is inspired for 2020 to be one of his best career seasons. pic.twitter.com/VDhQhaIhqi

That’s also how you grow the game: by sharing quality time with the younger ones, especially in countries where it remains economically complicated to launch a tennis career. Djokovic is an icon in Serbia and he takes that role very seriously.

Novak Djokovic says that he sets out to have a career-best season in 2020.

“For me, while everyone talks about trophies, that creates a lot of tension,” Djokovic said at a news conference in Belgrade.

“I have my goals of course, trophies can make me proud and happy in the moment, but they can’t fulfil me in life.

“My main inspiration is the joy I feel while I am holding a racquet. If that wasn’t the case, I wouldn’t be here. If I don’t nurture that initial love then I can’t be fulfilled.

For sure, those kids in Belgrade do agree. Full quotes by Novak Djokovic here.