Home » News » ATP » Djokovic, relaxed and refocused, is eager to keep improving his form at Rome

Djokovic, relaxed and refocused, is eager to keep improving his form at Rome

World No 1 Novak Djokovic is not panicking about a lack of matches ahead of Roland-Garros. The Serb shared his plan to play at Rome and Belgrade in the next two weeks, and believes he’ll be able to improve gradually as he does. 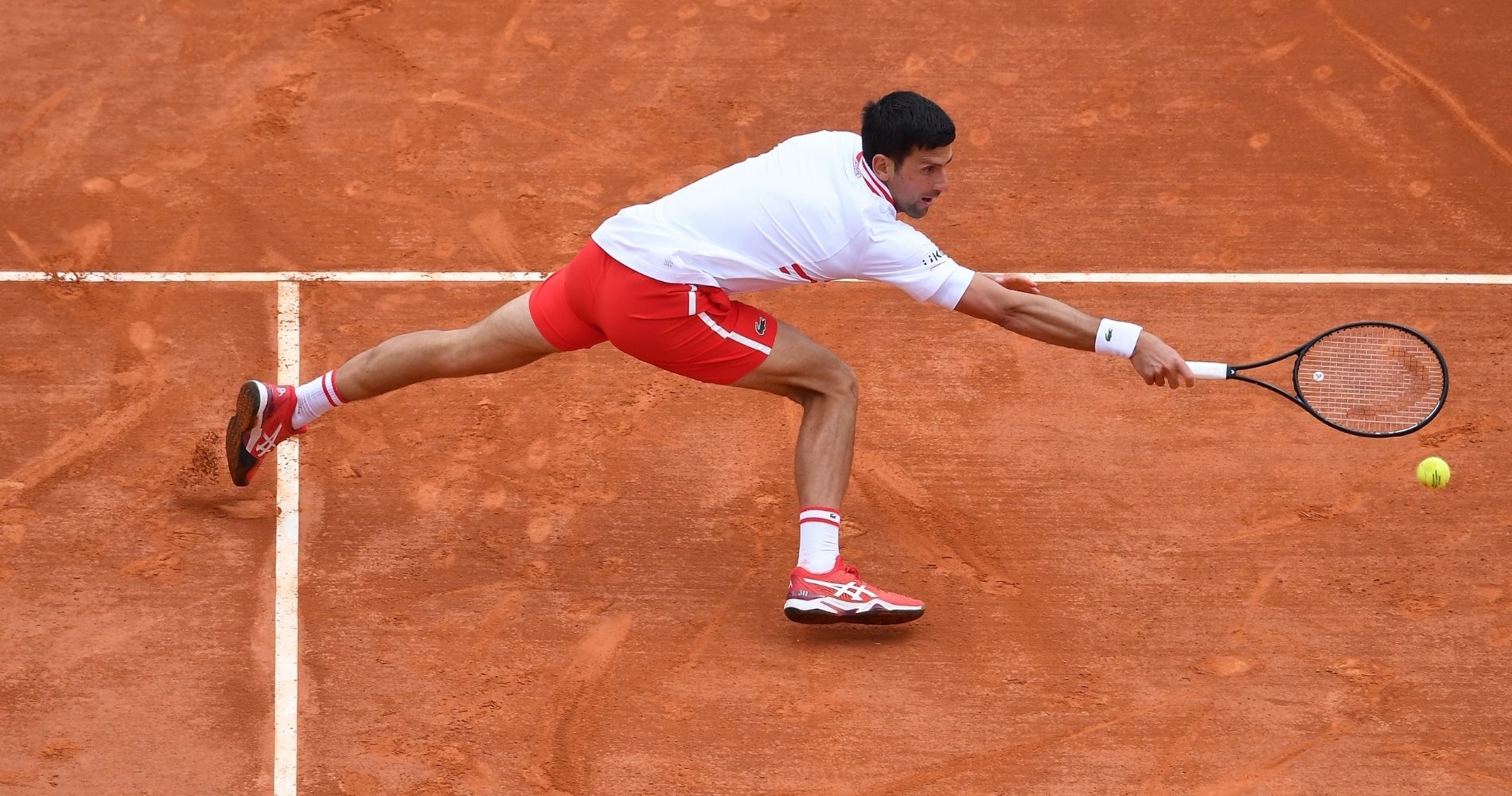 Though he has yet to make a big statement on the clay 2021, Novak Djokovic feels he is right where he needs to be in terms of meeting his goal of peaking at Roland-Garros in a month’s time. The World No.1, speaking to reporters in a Zoom press conference ahead of this week’s Internazionali BNL d’Italia, where he is a five-time champion, insists he has plenty of time to find his top tennis before Paris.

Djokovic admits that skipping Madrid makes his 2021 clay season a different experience than he is used to, but he says it is all part of the plan. He says for a long time he has wanted to take a step back and adjust his schedule so that he can allow for more personal time, with family, and for other interests. Now that he’s passed Roger Federer and broken the record for most weeks as the ATP’s No 1-ranked player, Djokovic is plotting out a new course. He’ll play less and focus his energy on peaking at the Grand Slams.

“It is a different schedule from what I had for so many years,” he said. “Of course it does feel different. I don’t want to say strange because it’s not strange. I’m actually looking forward to take that next step in my career and my life where I’m gonna spend more time with my family and just do other things that interest me.”

Djokovic may be focusing more on other interests, but it doesn’t mean that he will set a lower standard when it comes to his tennis. The 18-time Grand Slam champion is simply carving out a new path to arrive at what he believes will be the same excellent Grand Slam strike rate.

“At the same time, I do play specific amount of tournaments that would prepare me as best as possible for the Grand Slams,” he said. “So I did play two tournaments on clay. I didn’t have too many matches. I didn’t play so great in Monaco and Belgrade, but I’m hopefully going to change that here in Rome and then another week in Belgrade before the French. Four tournaments before French is, I think, enough in terms of the match play.”

Before his press conference on Monday, Djokovic spent some quality time on the court with his rival and friend Andy Murray. The Serb said it was a special moment, and one that was a long time coming.

“I was very happy to see him,” Djokovic said of the man he defeated to win the Roland-Garros title in 2016. “I haven’t seen him in a while, and it was great to hit with him. I thought he played very well on the court. He moves well, you know, considering it’s clay which is not the best surface for his hips. But considering what he has been through lately, I think it seems like he’s been feeling well on the court. That’s what he’s saying, and that’s what it appears on the court itself.

“It was just great. You know, it brought back the old times when we spent a lot of time on the court together, whether it was training or playing against each other.”

“It’s inevitable” that NextGen will take over

Djokovic, when asked to give an update on his thoughts about the younger generation of players that consists of the last two Masters 1000 winners, Stefanos Tsitsipas and Alexander Zverev, as well as a host of other talented names like Dominic Thiem, Daniil Medvedev, Andrey Rublev, Matteo Berrettini, reiterated that it is simply a matter of time before they take over at the top of the sport. But when it comes to the major titles on offer, Djokovic is still intent on assuring that the NextGen remains in line behind him.

“It’s inevitable that it’s gonna happen,” he said. “The change on the men’s rankings, top of the rankings is coming. Whether it’s gonna happen in a month or a year or whatever, I don’t know. I’m not personally paying too much attention anymore to the rankings as much as I am to my game for the Grand Slams. You know, those are the biggest focus tournaments right now at this stage of my career. I have managed to achieve the milestone of the historic ranking No. 1, and that was the focus up to recently. Now it’s more about really trying to peak at Grand Slams and make those count for my career.”

Owner of a 55-9 lifetime record with five titles at the Foro Italico, Djokovic last successfully defended his title at Rome in 2015. He will open his bid for a second successful title defense in Rome with a second-round tussle with American Taylor Fritz. The top-seeded Serb could face Grigor Dimitrov in the third round. If the seeds hold he’ll face either Matteo Berrettini or Stefanos Tsitsipas in the quarter-finals, followed by either Dominic Thiem or Andrey Rublev in the semi-finals.

“I’m building my fitness and I’m building just my game slowly step by step in order to peak in Paris,” he said. “That’s definitely where I want to play my best.”