After winning his 19th Grand Slam title at Roland-Garros, Novak Djokovic is confident in continuing his assault on the record books. He is just one behind Roger Federer and Rafael Nadal. 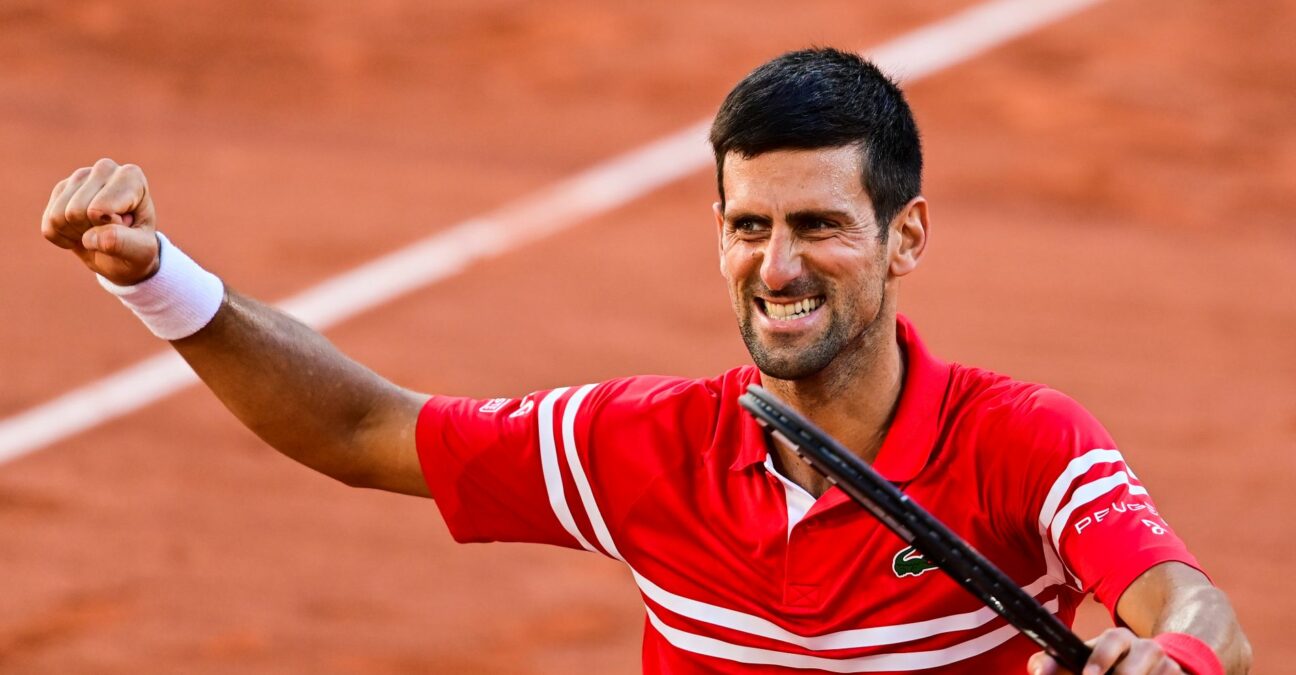 Novak Djokovic made some history on Sunday afternoon when he overcame Stefanos Tsitsipas 6-7(6), 2-6, 6-3, 6-2, 6-4 in the French Open final. By triumphing at Roland-Garros for the second time, he is now the only man in the Open Era history who has won each of the four Grand Slams at least twice.

The double-career Grand Slam is a historic achievement, but don’t expect the 34-year-old to be satisfied with such a feat and rest on his laurels. No, there is more history to be made. 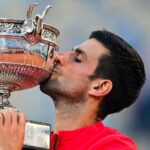 Now sitting on 19 slam titles, Djokovic trails Roger Federer and Rafael Nadal by one on the all-time list. He can tie them at the top less than a month from now at Wimbledon, and another triumph at the All-England Club would put the world No 1 one step closer to a potential calendar-year Grand Slam — or perhaps even a Golden Slam. Djokovic, who won a ninth Australian Open title earlier this season, has the Olympics and US Open on his schedule following Wimbledon.

“Everything is possible,” the Serb assured said when asked about the remainder of 2021. “Definitely in my case I can say that what I’ve been through in my career, in my life, this journey has been terrific so far. I’ve achieved some things that a lot of people thought it would be not possible for me to achieve.

“Everything is possible, and I did put myself in a good position to go for the Golden Slam. But I was in this position in 2016, as well. It ended up in a third-round loss in Wimbledon. This year we have only two weeks between the first round of Wimbledon and the finals here, which is not ideal because you go from really two completely different surfaces — trying to make that transition as smooth as possible, as quickly and efficiently as possible. So obviously I will enjoy this win and then think about Wimbledon in a few days’ time. I don’t have an issue to say that I’m going for the title in Wimbledon. Of course I am.”

“I think (it) is possible; much more possible,” Vajda commented. “He loves to play in Wimbledon and US Open. I was worried a little bit more about clay court, because for period of long time in past 10 years he had a great results. He could have done much more at the French Open but just couldn’t make it…. To get back on clay and then to win Grand Slam was tougher and tougher year by year. As you win one time, then you get the confidence for next time. You really relaxed and you more experience with the matches….

“As much as Novak is healthy — and he’s healthy right now; he’s in great shape — I think he has ability to win the Grand Slam for this year.”

I never thought it was a mission impossible to reach the Grand Slams of [Federer and Nadal].

“I never thought it was a mission impossible to reach the Grand Slams of these guys,” he noted. “I mean, I’m not there — but it’s one less. But they are still playing. Obviously they’re playing great — especially Rafa with his level.

“We all have still opportunities at Wimbledon (and) all the other slams. You have four slams a year, so we’re all competing for this amazing achievement and amazing trophies. I’ll keep on going. I’ll keep on chasing. At the same time I’ll keep on paving my own path, which is my own authentic path. We all three of us have our own journeys.”

Right now, it is Djokovic’s journey that is on the most impressive upward trajectory. As he said, everything is possible.

One response to “Djokovic to continue assault on Grand Slam title count: “Everything is possible””